'Something made him deep down flip': An Alaska family struggles as a son is accused of killing his mother 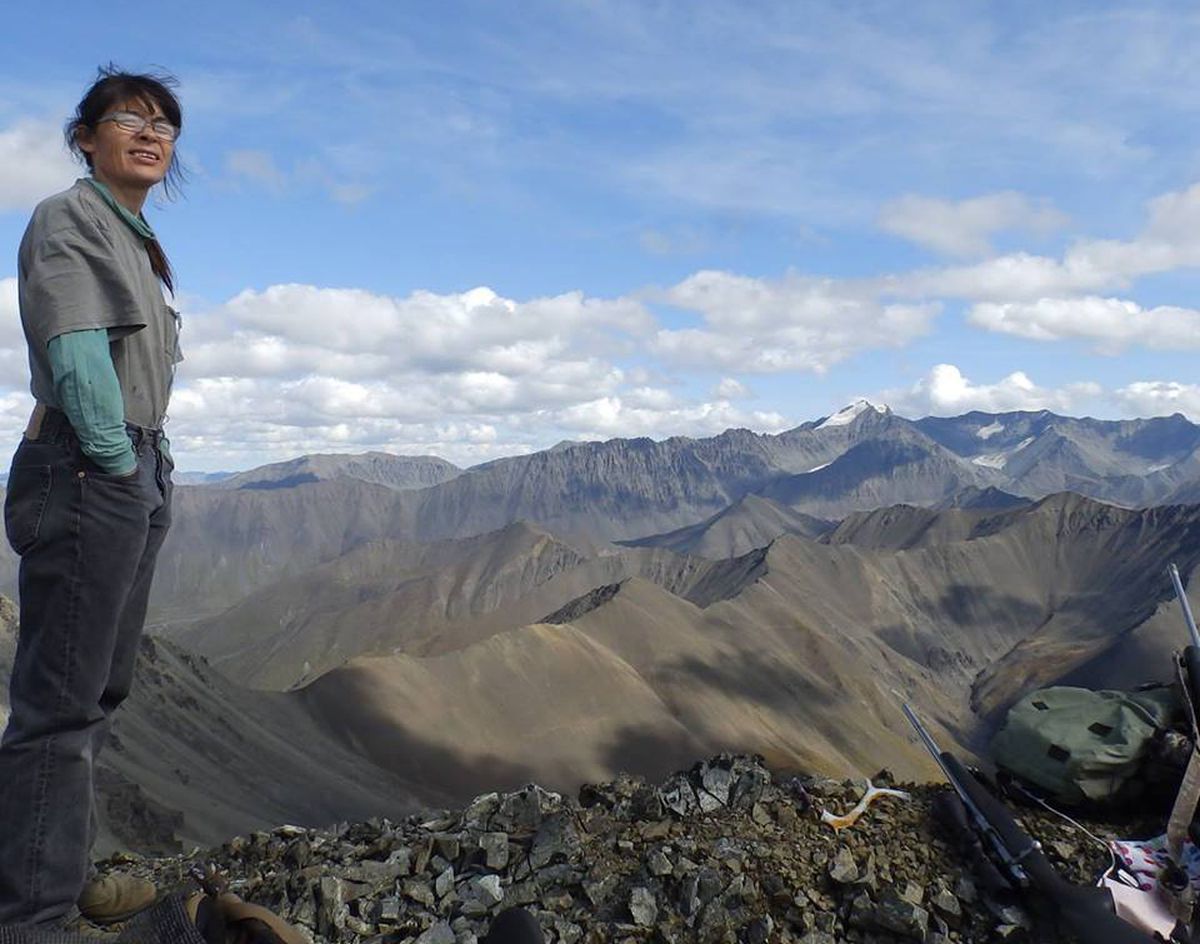 Riba DeWilde was at home in the mountains. (Courtesy of DeWilde family)

Riba DeWilde was at home in the mountains. (Courtesy of DeWilde family)

There were signs Riba DeWilde was spiraling down into a state of confusion, a place that scared her family, somewhere only she knew.

Maybe, relatives said, her youngest child went there along with her.

At the end, DeWilde, 51, and son Eli Simpson, 21, were alone in their home in Tok. Alaska State Troopers say he showed up at the Tok post early Saturday to report his mother dead and told them he shot her with a Winchester .338 rifle. He talked of a lifetime of abuse by his mom and said he was protecting himself, troopers said in a sworn statement filed in court.

None of that makes sense to the family — not his accusation of abuse by beloved Riba, not the violence by gentle Eli, not the killing. Some family members said they suspect both mother and son had emotional breakdowns that set in motion a tragic end to a remarkable Alaska life.

DeWilde, a well-known Athabascan bead, bone and fur artist, had been hospitalized for mental illness before, said her son Brian Simpson and brothers Victor and Ricko DeWilde. The family members say they didn't realize that Eli, who moved home to help his mom this fall, was struggling under the weight of it all.

"Something made him deep down flip," said 23-year-old Brian, Riba Dewilde's second-youngest child.

The family is rallying to honor her life and to support Eli, who was charged on Sunday with first-degree murder in his mother's death. Relatives crowded into the courtroom for his first appearance.

DeWilde was born in a log cabin 16 miles west of Ruby on the Yukon River, the sixth of 14 children. Her mother was Koyukon Athabascan, her father an adventurer from California "in search of gold, trapping and freedom," she wrote in a profile for the arts-oriented e-commerce website Etsy. The family eventually moved to a homestead beyond her mother's home village of Huslia.

"No man's land that is where we settled," she wrote. She learned to trap and live off the land and when she started her own family, it was the same. She raised five boys and a girl as a single mother, mostly in Eagle on the Yukon then in Tok, starting in 2010. She built their log cabins and the furniture too. The kids went to public school and learned from her how to thrive in the wild.

She weighed maybe 90 pounds but was strong — ferocious, even.

"We mostly just caught fish in the net and hunted moose, bear, caribou, beavers," Brian said. "We basically traveled the river and killed and ate everything we possibly could."

Her lamps were showpieces that incorporated ethereal strings of beads. They sold for thousands. She was selling $25 tickets to raffle her latest one, so that anyone might have it. She painted on the tiny bones of a marten's shoulder blades to turn them into earrings. She was studying up on how to make a squirrel-skin parka.

But even as she blossomed in her art, she struggled with her mental health. For days, even weeks, she would be too agitated and paranoid to eat or sleep much. Her fears didn't make any sense but she couldn't let go, said brothers Ricko and Victor DeWilde.

Son Brian said he tried to take care of her during a breakdown last year when she was in and out of reality. He became so exhausted that he almost lost it himself. He called for help and she ended up hospitalized.

"The doctors said I had inheritable mental illness, PTSD, menopause," she wrote in an Oct. 31 Facebook post about how good she was feeling a year later. "There was more cant remember after all I was out of touch with reality." Doctors told her she would need to take psychiatric medicine or risk being institutionalized.

But DeWilde didn't want to numb herself with medication. Her family and friends backed her up and promised to help her live as she always had.

This fall, when Brian moved out, Eli moved into the cabin in Tok to watch over her.

"They are like two far-out peas in a pod," Brian said.

DeWilde also had physical health issues and worried she wouldn't be able to hunt for sheep much longer. Eli said they would get into the mountains while she still could.

"They went on five or six sheep hunts this fall," Brian said. "They were snaring ground squirrels and hunting spruce chickens. They were just running free in the mountains together. Because that's what my mother loved to do more than anything."

"Some people are gone before they are gone," said Ricko.

Family members in Fairbanks and North Pole worried when they couldn't get hold of her or Eli. On Friday morning, another brother called Tok troopers to check on her. Later that day, troopers reported back that they had found her and Eli driving around, and they were OK.

Family members tracked down her other children too, to make sure everyone was on alert.

"There were several of us working to see what was going on," Victor said.

That night, Eli later told troopers, he and his mother smoked marijuana. They ate shrimp for dinner. They didn't have much firewood so started burning things from the house to keep warm. They slept downstairs. Then early Saturday morning, as troopers described in a sworn statement what Eli said, he shot her four times at point blank range.

"Eli stated he did this because he wanted to make sure she was dead and didn't want her to suffer," troopers said in the affidavit filed in court.

He also told troopers he had been sexually abused for 21 years — his whole life — by his mother, the document says.

None of the relatives interviewed think that happened.

"Her mental state and his fatigue — they were both way out there by the time the shooting and everything occurred," Victor said. "He might have adopted someone else's stories about some other person."

Brian, the son closest in age to Eli, said that he never saw any evidence of sexual abuse in the family home. His mother spent her life doing good and was an advocate for children, he said. Other people brought kids to her for help if they suspected abuse, he said.

Just recently, some family members gathered at the cabin in Tok to make a warm baby bunting for the newest addition.

"The house was clean. They were making artwork. There was firewood. It was a happy home like it always was," Brian said.

On Saturday, troopers told the family that Riba DeWilde was dead. The family didn't know that Eli was accused of killing her until they read stories online, Victor said.

Some of the family went to clean up the cabin and saw more signs of trouble. Blankets and mattresses were being burned outside, Ricko said. There wasn't much food. The firewood hadn't been cut. He thinks his sister and nephew were cold, hungry and exhausted.

DeWilde wouldn't want anyone to have a cold heart against her boy, Ricko said. At the home, they said a traditional Athabascan prayer about watching over one another. He said a Christian one too.

The family is coming together to support Eli. They hope to hire a lawyer for him. His sister visited him in jail.

"He was completely out of his head," Brian said. "He wasn't Eli at all."

A fundraiser for the family to help with funeral expenses was set for Wednesday in Fairbanks. A service will be held Friday in Fairbanks at David Salmon Tribal Hall.

Eventually, the family plans to do an overnight hike into the mountains near Eagle. They will scatter DeWilde's ashes on her favorite one.