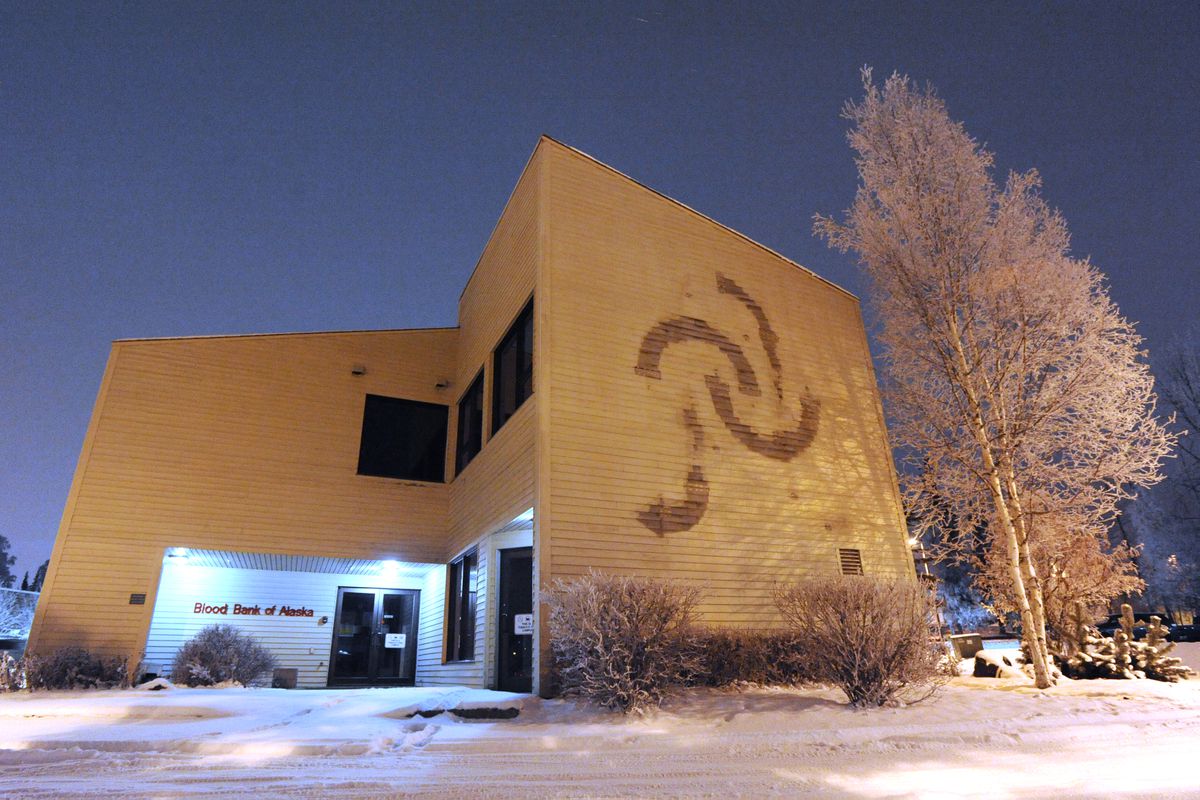 The former Blood Bank of Alaska building on Laurel Street, pictured on Monday, has been sold to the Southcentral Foundation for $2.4 million. (Bill Roth / Alaska Dispatch News)

The former Blood Bank of Alaska building on Laurel Street, pictured on Monday, has been sold to the Southcentral Foundation for $2.4 million. (Bill Roth / Alaska Dispatch News)

The Blood Bank of Alaska announced Monday that it had sold its former Laurel Street headquarters in Anchorage to the Southcentral Foundation for $2.4 million and would use the proceeds to pay off debt.

Ryan York, chair of the Blood Bank's Board of Directors, said that the long-awaited sale of the building was finalized Thursday. He said the Blood Bank, a nonprofit, had to pay a commercial real estate broker roughly $36,000 and the remainder of the proceeds from the sale would go toward paying off the multimillion-dollar loan the Blood Bank took out to help pay for its brand new building in East Anchorage.

The Blood Bank moved into its new, 57,000-square-foot, $45 million building in East Anchorage in February, leaving behind the smaller, 12,400-square-foot Laurel Street building in the U-Med District.

The new Blood Bank building has since drawn public scrutiny and in August, a group of whistle-blowing employees filed a complaint with the Food and Drug Administration, claiming that the Blood Bank was shipping blood to California for a profit in order to afford its loan payments. The Blood Bank has said it is sending blood away, but only units that are close to their expiration dates so that they don't go to waste.

In a statement Monday, the Blood Bank said the new building allowed it to consolidate four locations into one, including the Laurel Street building, and gave it better capability to manage daily operations and respond to possible emergencies or natural disasters.

York said Monday that the Blood Bank still owed about $4.8 million on its loan from the Alaska Industrial Development and Export Authority, a state low-interest lending agency. The loan originally totaled $8.5 million.

York said he expected the Blood Bank to continue to pay off the debt using donations it received through fundraising, as well as with revenues from general operations.

The Blood Bank had received less for the Laurel Street building than previously planned. It had projected earning $2.7 million from the sale of the Laurel Street building, according to a June 2015 presentation about the Blood Bank loan to the board of the state lending agency. York said the building had been appraised at $2.75 million in February 2014, but "much has happened in Anchorage's commercial real estate market since then, all of it negative."

It's unclear what exactly the Laurel Street building will be used for in the future. According to a statement from Chris Bryant, special assistant to the Southcentral Foundation's Resource and Development Department, many of Southcentral Foundation's programs have outgrown their current facilities and the nonprofit "purchased the Laurel Street building because it has ample space to support a clinic or medical office and is strategically located to the SCF campus."

"This building will help to continue to meet the growing needs of our customer-owners," the statement said. "The next step is to determine the highest and best use of the facility. We will then reconfigure the existing property to best provide for our expanding programs."