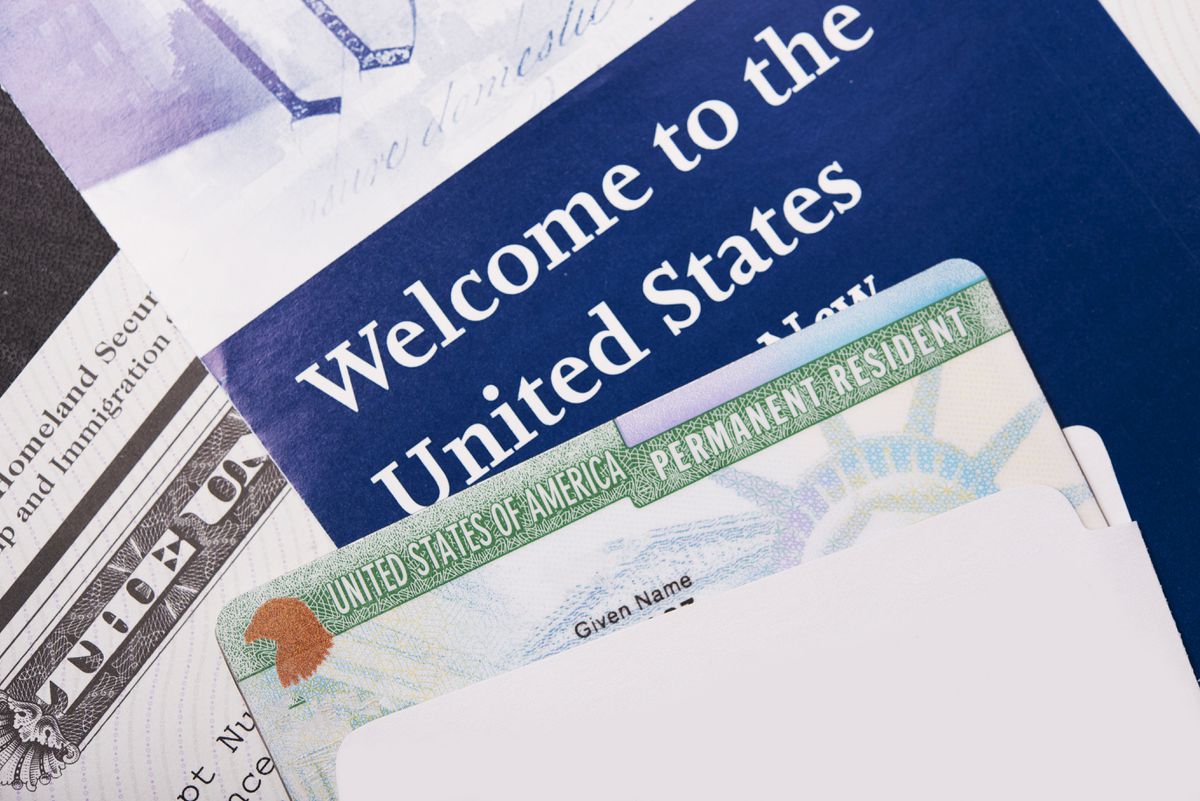 On Friday morning, a dozen people waited in the hallway of a federal building near downtown Anchorage to find out whether they had a future in the United States.

Alaska does not have its own full-time federal immigration judge. So hearings are handled by one in Portland, Oregon, who appears by video link once every few months. People facing deportation from the U.S. appear in courtrooms like this around the country.

It was the first such hearing in Alaska since President Donald Trump took office.

Trump made a crackdown on illegal immigration a cornerstone of his campaign, and has already issued an executive order that broadly expands the number of people who will be considered priority for removal from the country.

On Friday in Anchorage, 18 people were scheduled to appear: families, teenagers, married couples. The youngest party was a 5-year-old.

Friday's hearings were not so much evidence of changes coming for immigration enforcement, but more of a window into who the people are who end up in immigration court in Alaska — and why.

[Homeland Security expands immigrant population who can be deported]

"I don't think anyone is going to get deported today," said Margaret Stock, an Anchorage immigration attorney, bustling in with two assistants holding stacks of legal files to confer with her clients.

Usually what happens is that an immigration trial of sorts is scheduled, where a judge may make a final ruling.

Most everyone who appeared in the Anchorage immigration court Friday was asking to apply for asylum, testifying  they feared danger and persecution if they were forced to return to their home countries. People apply for asylum once they are already in the United States. They are considered refugees if they ask to flee or be resettled while in a foreign country.

Dan Rodgers, an attorney for the Alaska Immigration Justice Project, said many of his asylum clients are from countries in Central America where violent gangs target families. People are not sure what will happen under the new administration.

"But they're terrified," he said.

The backlog of asylum cases is long, said Stock and other immigration attorneys. The last time she could remember one of the federal officials that conducts asylum interviews coming to Alaska was in 2014, she said. People wait for years.

First there was a family from Honduras. The couple's two sons sat in the waiting area, distracted by iPhone games.

Next a Russian man, wearing jeans and a red sweater, asked for an interpreter. Stock, his attorney, said the man had a green card. But he was the victim of what she said was a politically motivated prosecution in Russia, and the government was trying to extradite him.

Elevator music played while the judge got an interpreter on the phone. For a moment the courtroom was silent except for a lush string ensemble.

Next up: a 17-year-old girl wearing a leather jacket. She was from El Salvador and had crossed the border alone. At the border, she had asked for asylum before being sent to a detention facility. She was eventually allowed to move to Alaska, where her father has lived for 25 years.

"Do you like the snow?" Judge Andrea Sloan asked her about Alaska. The interpreter translated to Spanish.

The judge told her she could apply for asylum.

There were more: a 16-year-old from Honduras wearing a suit, his hair half shaved in a ponytail. He too was applying for asylum.

"Please stay out of trouble," the judge told him. "That will certainly complicate your situation."

His attorney said the teenager played too much soccer to find time to get in trouble.

A 17-year-old girl, another unaccompanied minor also from El Salvador, held a chubby baby on her lap during her hearing.

Asylum requests weren't the only matters under consideration. A Korean couple who has been living in the United States for more than a decade is trying to get permanent legal status for the wife.

A woman from Thailand who had been convicted of Permanent Fund dividend fraud was scheduled for a hearing that will be her only chance to convince a judge that she should be allowed to stay in the U.S. despite her criminal history. It was scheduled more than a year in the future — May 14, 2018.

"You'll have two hours to prove to the judge that you're no longer violating laws, that you've rehabilitated yourself," Sloan told her.

Finally a young mother from Mexico in a red blazer approached the table with her two young daughters. Both wore bright bows in their hair, slicked back into tight ponytails. They said they were ages 6 and 5.

The judge asked the mother if she entered the U.S. from a San Diego border crossing without a valid visa. "Si," she replied.

Sloan found the charges against them were correct.

"That means you could be sent back to Mexico unless you qualify to stay here," the judge told her.

The little girls fidgeted in their seats. She said she has completed the application for asylum. The judge set another hearing for her, months into a future that no one yet knows will look like.