In lawsuit, Alaska reality TV star alleges she was injured in forced stunt 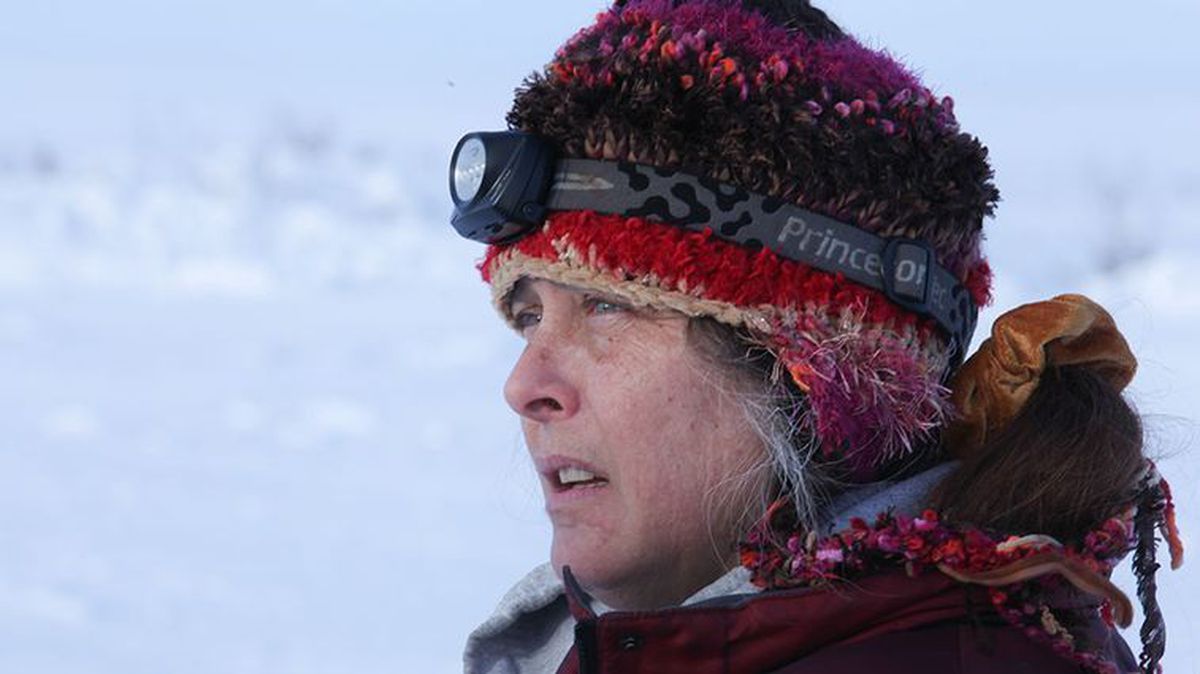 Susan Aikens, who stars in the reality TV show "Life Below Zero," has sued the series producers, alleging she was injured while being forced to film dangerous scenes for fictitious narratives.

Aikens' grievances largely center on a producer who she alleges was verbally abusive and intimidated her and other crew members.

The producer demanded Aikens drive her snowmachine into overflow, according to a civil complaint filed Friday in U.S. District Court in Anchorage. She was badly hurt in a crash and then made to wait for medical treatment so desirable footage could be captured, the complaint says.

The 32-page suit lists multiple defendants including the BBC and three of its subsidiaries, producer Aaron Mellman, and unnamed crew members. It alleges the defendants breached a contract, interfered with Aikens' business and intentionally caused her emotional distress.

Aikens' lawyers are seeking a jury trial. The lawsuit asks for an unspecified amount of damages to be awarded.

A BBC Worldwide Reality Productions spokeswoman said the company has not received a copy of the lawsuit.

"Life Below Zero" began airing on the National Geographic channel in May 2013 and has lasted eight seasons. The show's website says the series documents Alaskans "subsisting off the rugged Alaskan Bush."

Film crews capture Aikens' day-to-day chores at her Kavik River camp, 197 miles north of the Arctic Circle near the Arctic National Wildlife Refuge. She has starred in the show since its premiere season and is featured prominently in promotional materials.

Aikens signed an agreement with the series producers that stated she would not "hamper or delay the production schedule" of the show or exhibit an unwillingness to work with the producer. The lawsuit says the agreement did not allow her to refuse to work if she feared for her safety.

Now, Aikens is suing over an incident related to a season five episode titled "The Crash." The season aired June through December 2015.

Production was in full swing in February 2015. A crew had taken up residence at Aikens' camp and filmed in frigid cold as opportunities arose. Aikens clashed regularly with the producer, but she gave into his demands, according to the suit.

A camping episode was planned for Feb. 18 of that year, for which Aikens picked out a familiar spot. Producer Mellman decided a location farther downriver would make for better footage, and he forced Aikens to travel there by snowmachine and sled instead of using an Argo ATV, according to the lawsuit.

Mellman also forced Aikens to leave her old pet dog at the Kavik River camp, which upset Aikens "due to the fact that the series is not supposed to be scripted," the lawsuit says.

Aikens said she called off-site producers to express her anger over being told what she could and could not do. She argued she contracted with the show to make a documentary-style representation of her life.

However, the lawsuit says Aikens felt the signed agreement made it so she had no other option but to give into Mellman's demands.

Aikens said she suggested leaving her tent and her sled to hunt for ptarmigan as a real opportunity to get meat and feathers.

Mellman instead instructed Aikens to travel the river and "go into the overflow," the lawsuit says. Aikens said her objections about the apparent danger of the river ice solicited anger from the producer, who yelled at her.

"Defendant Mellman also yelled at the safety people, bellowing that they work for him, and not for (Aikens), and that what he told them was the command that must be obeyed," the lawsuit says.

The argument continued as Aikens traveled alongside the river, at times without her helmet because the producer wanted her face shown in the footage, according to the lawsuit.

Mellman was adamant part of the scene would include Aikens going through the overflow of the river, not next to it, according to the lawsuit. Aikens said another prolonged confrontation ended with the producer commanding her to take credit for a plan to speed across the overflow fast enough to avoid collapsing ice.

"This argument was video recorded, as was everything else done that day," the lawsuit says.

Aikens ended up hitting an ice heave and was thrown from her snowmachine, according to the lawsuit. She said she "heard her bones snap."

She'd been severely injured, according to the lawsuit, and much of her winter gear and clothing was removed when crew members tried to help her — she was exposed to temperatures of 15-20 below zero, the lawsuit says.

Mellman allegedly decided not to call a rescue airplane for immediate pickup at the scene of the crash. Further, when Aikens and the crew reached her camp, the producer instructed the pilot to land at the far end of a milelong runway, according to the lawsuit.

He "wanted to film how much pain Plaintiff was suffering, and to film Plaintiff walking injured," the lawsuit says.

Lawyers for Aikens did not identify specific injuries in the lawsuit but said their client has had many surgeries and now experiences chronic back, arm and leg pain. The injuries are preventing her from maintaining her subsistence lifestyle, they said.

Aikens made a dozen claims against the series parent companies and the producer. She argues, among other things, that the agreement she signed protected the professionals making the show, but did not offer her the same protections.