Yes, police are aware of that moose family on the Glenn. Please stop calling 911. 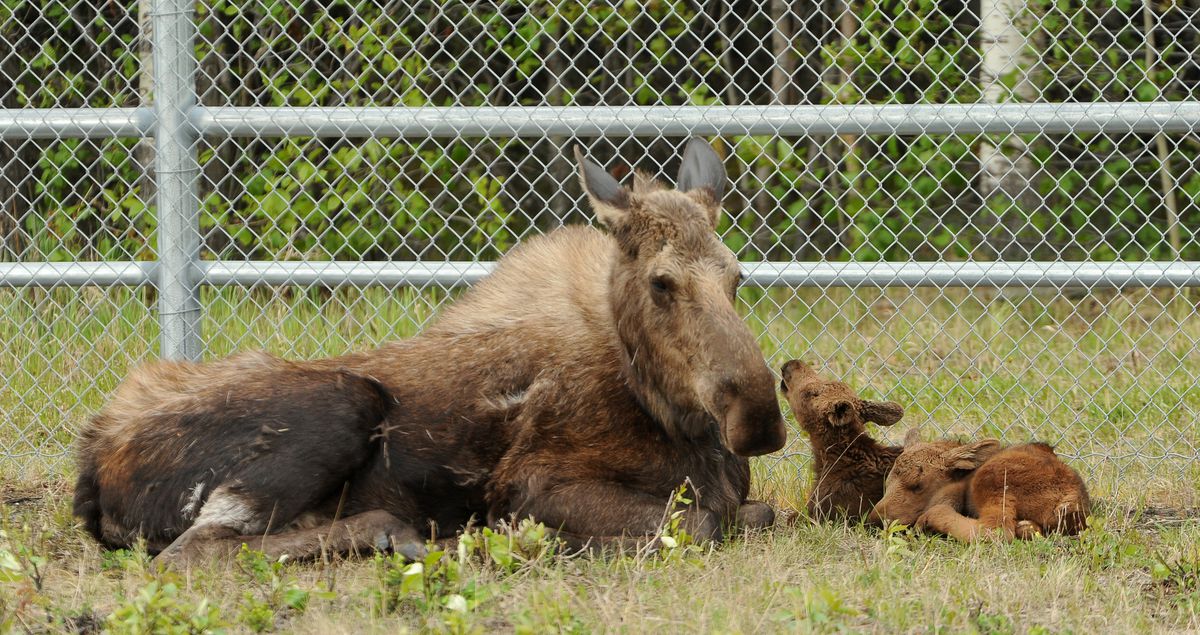 A mother moose and her twin newborn offspring rest next to  Joint Base Elmendorf-Richardson along the Glenn Highway on Wednesday. (Bob Hallinen / Alaska Dispatch News)

A mother moose and her twin newborn offspring rest next to  Joint Base Elmendorf-Richardson along the Glenn Highway on Wednesday. (Bob Hallinen / Alaska Dispatch News)

Anchorage police are asking the public to stop calling 911 about a moose that gave birth to two calves near a Glenn Highway overpass after receiving more than 100 calls.

"Two days ago Mama Moose gave birth to twins near the area of the Glenn Highway and (Fort Richardson) overpass, on the inbound side.  Fish and Game have checked on her and she is fine," according to an Anchorage Police Department statement.

Since the birth, police dispatchers have received a flood of calls about seeing the moose in the area. Now, the police department is asking people to stop tying up their emergency phone line for a non-emergency reason.

Calls about the moose would be reasonable in more serious situations, like people trying to harm the animals, said police spokeswoman Renee Oistad.

"We cannot relocate her or her babies," Oistad said.

Ken Marsh, spokesman for Alaska Department of Fish and Game's Division of Wildlife Conservation, said biologists have decided to leave the moose alone.

"She's relaxed," Marsh said. "We don't want to upset her and cause her to run into the roadway. Urban moose are just as dangerous as those in the wilderness."

There also have been reports of commuters nearly causing car accidents by "suddenly stopping for the purpose of taking pictures of this new moose family," police said. Oistad asked people to refrain from slamming on their brakes to stop and snap photos.