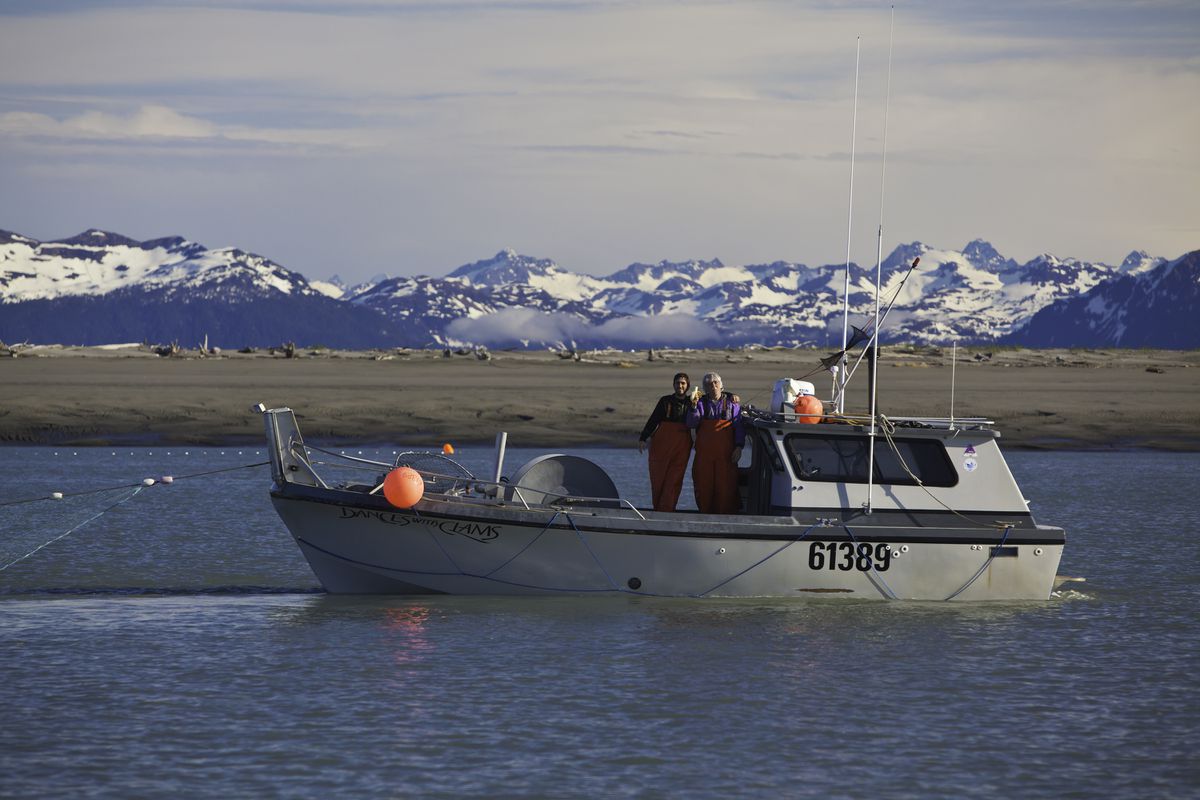 Fisherman Mick Johns and his son Matt, left, drift along Pete Dahl Bar on the Copper River in 2012. Mick lost his life fishing on the Copper River on Thursday, May 25, 2017, during rough conditions. His son Matt was just beginning his career with his new boat, the Night Owl. (Bob Martinson)

Fisherman Mick Johns and his son Matt, left, drift along Pete Dahl Bar on the Copper River in 2012. Mick lost his life fishing on the Copper River on Thursday, May 25, 2017, during rough conditions. His son Matt was just beginning his career with his new boat, the Night Owl. (Bob Martinson)

A Cordova man was found dead Thursday after going overboard in the Copper River flats during a stormy commercial fishing opener.

Clifford "Mick" Johns, 69, had been fishing alone that day on his 29-foot gillnetter, named Dances With Clams.

At about 9 p.m., the U.S. Coast Guard received a report that the boat was "driving around in circles with no one onboard" near Pete Dahl Slough, an area of the Copper River flats fishing grounds southeast of Cordova, according to the Alaska State Troopers.

"It didn't look like anybody was manning it," said Petty Officer 1st Class Jon-Paul Rios of the Coast Guard's District 17 Public Affairs Office in Juneau.

Two Alaska Wildlife Troopers went to the scene with help from a fisherman whose boat could navigate the shallow water, troopers said.

A Coast Guard helicopter stationed in Cordova was called in to search from the air. The helicopter crew found Johns' body in the water, according to Rios.

It's not clear what caused Johns to go overboard. His body was sent to the State Medical Examiner Office in Anchorage for an autopsy.

Johns was a veteran fisherman and a well-known member of the Cordova community, said Bob Martinson, a photographer and fellow fisherman. Johns was married and had two sons, according to Martinson.

"We all grew up in a bunkhouse at the cannery fishing the old days — in wooden skiffs with outboard motors," Martinson said.

Johns had fished in Cordova since the early 1970s, Martinson said; he wasn't one to take unnecessary risks.

"He knows the fish aren't worth risking your life," he said.

Others who fish the Copper River flats are trying to piece together what happened to Johns. The weather that day was stormy. Earlier that day, a person aboard a bow picker called the Bad Boy was rescued by other fishermen in the Copper River Delta after the 24-foot fishing boat capsized.

Martinson thinks a rogue wave could have knocked Johns overboard.

"But we don't know. No one witnessed it," he said.