‘It came up from behind them and attacked’: Biologists ‘courageous’ in battle against bear 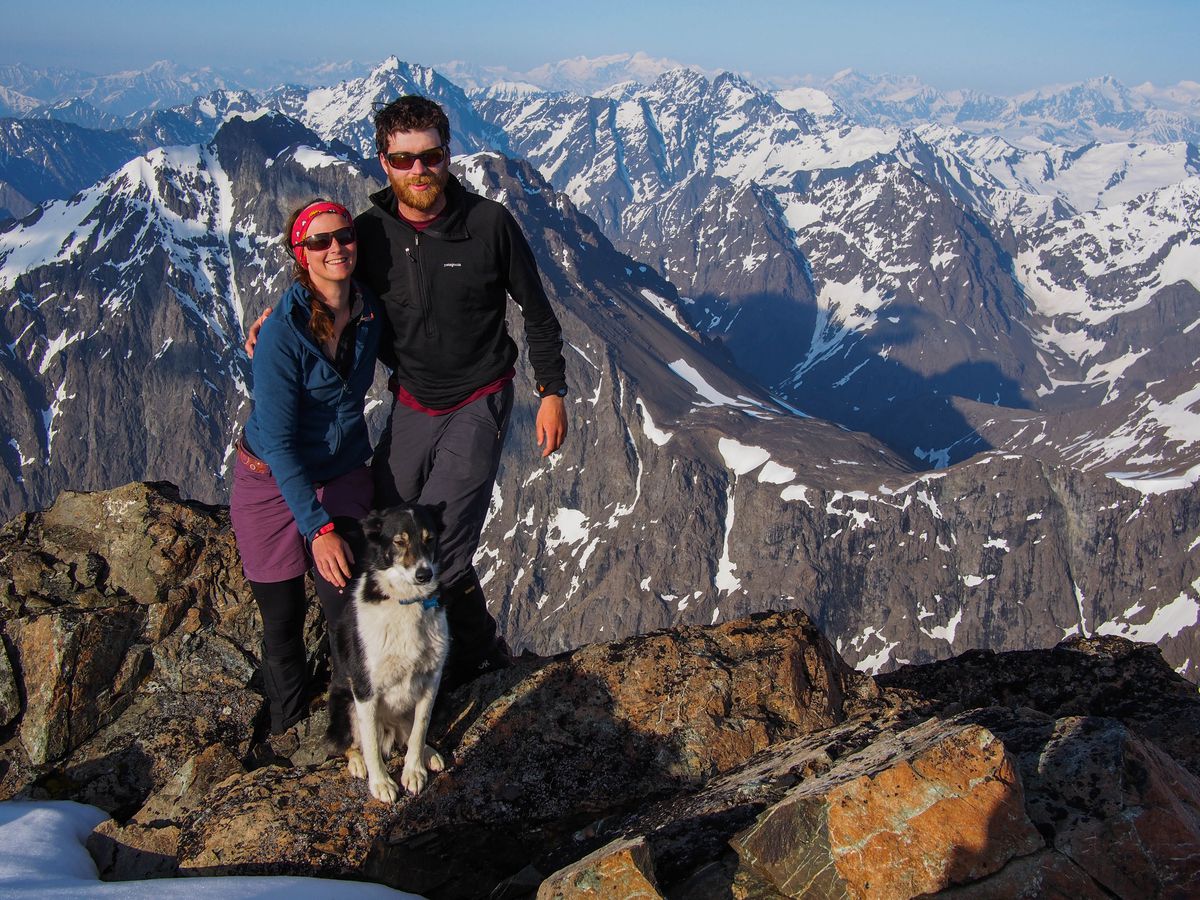 Erin Johnson, husband Abe Schmidt and dog Scamp on the top of Mount Rumble.  Johnson was killed by a bear at the Pogo Mine while on the job Monday, June 19, 2017. (Courtesy of Abe Schmidt)

Erin Johnson, husband Abe Schmidt and dog Scamp on the top of Mount Rumble.  Johnson was killed by a bear at the Pogo Mine while on the job Monday, June 19, 2017. (Courtesy of Abe Schmidt)

Erin Johnson, 27, of Anchorage, was identified by her family and troopers Thursday as the person killed Monday by a black bear while she was doing contract work for Pogo Mine in Interior Alaska.

Johnson and other contractors were working at an exploration site several miles from Pogo's main camp when the mauling occurred. A second employee injured in the attack was identified by troopers as Ellen Trainor, 38 of Fairbanks.

At the direction of Alaska Wildlife Troopers, the bear was killed.

Johnson and Trainor worked for Alaska Biological Research Inc. Both women are biologists; they were collecting soil samples at the time of the mauling, said ABR president Stephen Murphy.

Johnson's death was the second fatal black bear mauling in two days. On Sunday, 16-year-old Patrick Cooper was killed by a bear during a mountain race near Anchorage.

[Black bear kills mine worker, injures another in Interior Alaska]

In a statement, Johnson's family said she was a lifelong Alaskan, studied at the University of Montana and University of Alaska Anchorage, and was married less than two weeks before her death.

"Being outside, exploring wild and remote places with her best friend and husband Abe, her parents Barb and Steve, and her extended family of friends and loved ones was one of her favorite joys," the family said.

A fund aimed at connecting youths with the outdoors and science education has been established in her memory.

Ken Marsh, a spokesman for the Alaska Department of Fish and Game, said the animal responsible for the attack was an adult male black bear. The carcass of the animal, which mine officials said was shot at the scene, was retrieved.

A preliminary examination of the case, Marsh said, appeared to rule out any sign that the mauling was the result of a surprise encounter or a defensive attack by the bear.

"Initial indications, the information we have, are consistent with a predatory attack," Marsh said.

"The bear appears to have stalked them," Murphy said the employees told him. "It came up from behind them and attacked."

It happened so fast that neither woman had time to deploy bear spray initially, Murphy said. Trainor reportedly sprayed the black bear twice, he said, which likely saved her life.

The bear retreated for a short time but returned, Murphy said. It came back more than once, he said.

"There was some duration to the attacks. Erin suffered the brunt of it," Murphy said.

"Both women were amazingly courageous during the attack," he said, adding he wanted to see the official report before commenting further on the mauling.

In the history of ABR Inc., the company has never experienced a fatal bear attack or even one resulting in injuries, the president said. Pogo Mine has contracted the company to perform work there in previous years; crews frequently go into bear country, he said.

There were six employees working at Pogo Mine, separated into pairs, when the mauling happened. The pairs of workers, who had been dropped off in different areas by a helicopter, were in radio contact, Murphy said. All six employees were carrying bear spray, he said.

ABR employees are offered bear awareness training. Johnson and Trainor had gone through the most recent training in April, Murphy said. And the company allows employees to carry firearms in the field as long as they undergo instruction, he said.

Pogo Mine left the decision of field safety to ABR, and the crew opted for bear spray, Murphy said.

Pogo Mine external affairs manager Lorna Shaw said all direct employees and contractors are required to go through bear training, including a hands-on portion where trainees deploy bear spray. The mine also provides shotgun training, she said.

"We also ensure that when working in the field, employees are paired up or working with a group. We do not permit field employees to work alone," Shaw said.

As field work is resumed, Pogo Mine will use dedicated bear guards as a standard practice, she said.