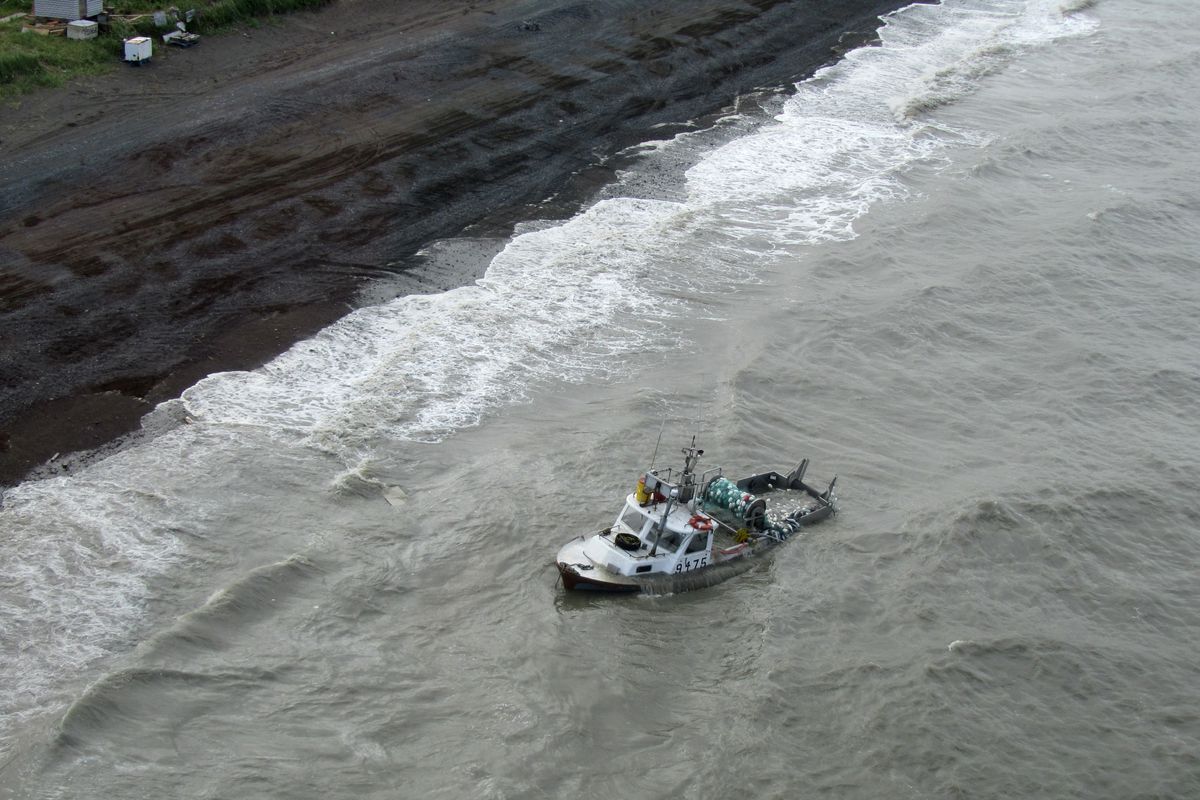 U.S. Coast Guard Petty Officer Bill Colclough said the four vessels were all partially submerged Monday in different parts of Nushagak Bay after they were swamped by waves and began taking on water. He said all of the vessels were commercial salmon fishing.

Colclough said good Samaritan vessels assisted in recovering everyone on board and no one was injured. He did not know Monday how many people were rescued.

He said an investigation into the incidents was ongoing Monday and that a definitive cause of the submersions had not been determined.

But the sinkings come as the salmon season in Bristol Bay ramps up. Alaska Department of Fish and Game area biologist Tim Sands said fishing in the area had been getting progressively slower since the end of last week, but that Monday morning the sockeye run surged.

"We had this lull and then all of a sudden the lull ended abruptly and dramatically," Sands said.

Official tallies for the day won't be available until Tuesday, but Sand received reports of vessels delivering up to 17,000 pounds of fish to processors Monday. The average delivery is closer to 3,000 pounds.

Heavy boats filled with salmon plus bad weather made for difficult fishing, Sands said. He said fishermen were reported driving boats heavy with fish toward shore in an effort not to sink.

Jean Barrett, port director for the city of Dillingham, said he received reports of winds up to 40 miles per hour on the bay Monday. A boat sinking in Bristol Bay is rare, Barrett said, and multiple boats in a single day even rarer.

A situation report from the Alaska Department of Environmental Conservation said locals observed ribbons of sheen and diesel odor coming from the grounding of one of the vessels, the F/V Ketok, near the village of Ekok Monday.

In 2013, a sunken vessel near the Igushik River began leaking diesel fuel and closed the setnet fishery due to an oil sheen 1.5 miles long.

No fisheries have closed as a result of this incident, but a nearby cannery suspended purchase of fish from the area of the grounding as a precaution. The vessel was carrying 150 gallons of diesel fuel and 25 gallons of hydraulic fluid, according to the report.

In an emergency order Monday, the Alaska Department of Fish and Game warned fishermen to be alert to any fuel sheens in the areas surrounding the sunken vessels.