‘All I’ve heard are rumors’: Months after her daughter was found dead on a beach, she has no answers 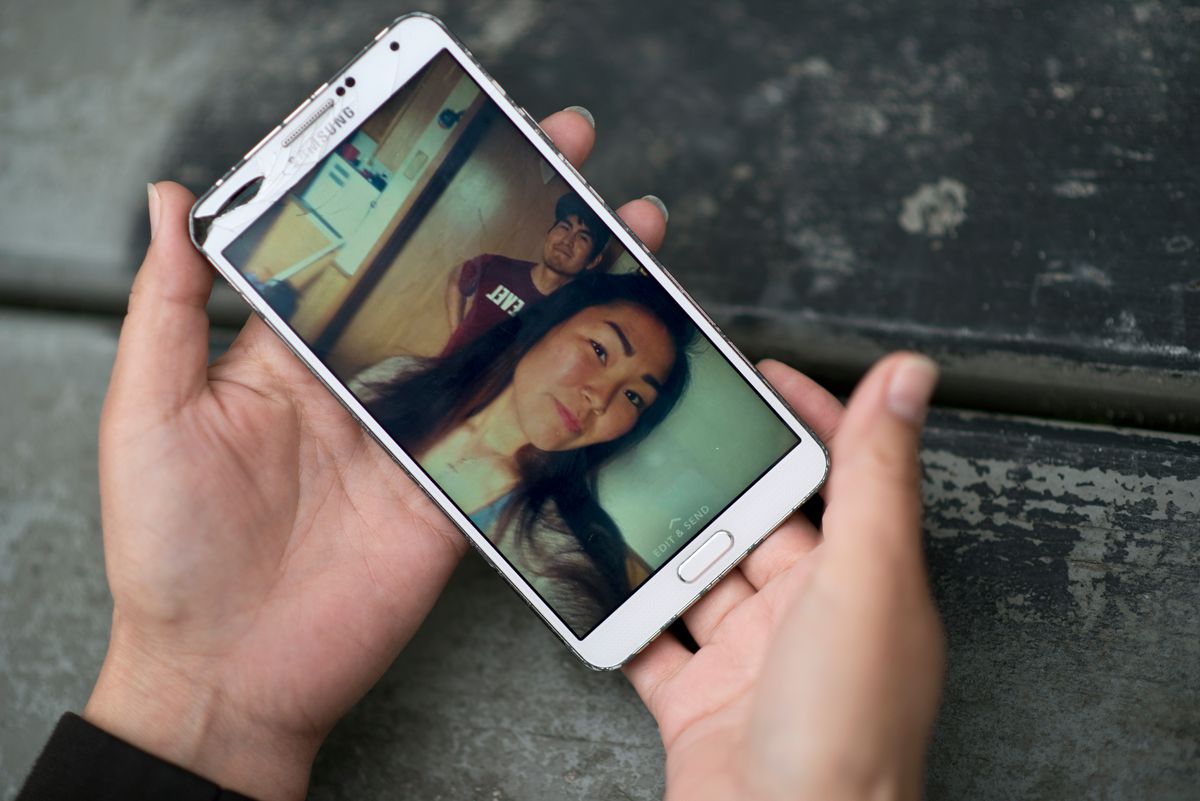 Her name was Chynelle Lockwood, but just about everyone in the Western Alaska village of St. Michael called her "Pretty."

On July 10, the last evening she was alive, the 19-year-old went out riding ATVs with her uncle, John Cheemuk III. He cooked rice and Spam for dinner, and they talked about her plans to move to Anchorage to attend college in the fall.

"We were just talking through the whole meal," Cheemuk III said. "About her taking off to college. She was counting off every day."

Late in the evening, she told her uncle she was going out for a walk on the beach. It was just beyond the house, where they both lived with other relatives.

The next morning, Lockwood's mother, Yvonne Evan, got a phone call from a sister: Pretty had been found dead.

Evan, who lives in Anchorage, didn't believe it at first. She'd been texting with her daughter the night before. She called village police.

Two months later, there are no answers about what happened to Chynelle Lockwood, only rumors, frustration and accusations.

The Alaska Bureau of Investigation, an arm of the Alaska State Troopers, is handling the case. Investigators declined to be interviewed for this story.

Evan says she doesn't even know whether her daughter's death is being investigated as a potential homicide, an accident or suicide.

No one has been arrested.

"I don't know anything," Evan said. "All I've heard are rumors and they're disgusting rumors."

In the absence of facts, rumors have spread in St. Michael and the neighboring village of Stebbins about who Lockwood was with the night she died, and what might have happened to her.

The names of a half-dozen young adults and teenagers from Stebbins, a village about 13 miles away, have been repeated in publicly shared social media posts as being the last people to see Lockwood.

Evan says the State Medical Examiner Office won't release an autopsy report to her because troopers haven't allowed it.  She also says she's been unable to acquire a death certificate.

Sometimes her frustration boils over into Facebook posts: "I, as Chynelle Lockwood's MOTHER, NEED to, and DESERVE TO, know her cause of death!" she wrote in August.

Lockwood got her nickname from her older brother as soon as she came home from the hospital as a baby.

Then 3 years old, he held the swaddled bundle of his newborn sister and suggested the family call her "Pretty Pretty."

It got shortened over the years, her mom said, but it stuck.

Lockwood was raised in St. Michael, a Yup'ik community of about 400 people on an island at the southeast end of Norton Sound, about 125 miles southeast of Nome. She had eight siblings, six younger.

Pretty was short, like her mom, and protective of her younger sisters. She played basketball and sewed, making her mother a kuspuk with hand-embroidering on it for Mother's Day this year. She liked to walk around the village and talk to anyone who happened to be around, her uncles said. At the University of Alaska Anchorage, she hoped to study to become a nurse or medical assistant, her mother said.

She was a "softhearted" young woman ready to jump into her future, said Cheemuk III, her uncle.

Evan has lived between St. Michael and Anchorage since about 2007, she said. She lost legal custody of Lockwood and her siblings two years ago, due to problems with alcohol. Most recently, Lockwood had been living with relatives in St. Michael.

But Evan and her eldest daughter talked all the time, texting each other morning and night. Evan flew up to watch Lockwood graduate from high school in May, posting photos of the two beaming with their arms around each other on Facebook.

"I used to be so proud to tell people, 'that's Pretty. That's my daughter,' " Evan said.

Lockwood's family says they've been told conflicting information about her death from official and unofficial sources.

The family says that they were initially told Lockwood had "ligature marks" on her neck, a sign of strangulation. When they viewed her body at the funeral home, they noticed heavy bruising across much of her face. Evan took pictures of it, still stored on her phone. Lockwood was also missing a chunk of her thick hair, Evan said.

"At the funeral home, I told the people I didn't like how much makeup they put on her," Evan said. "They said they had to put it on to cover all the bruising."

Troopers flew to St. Michael in July for a few days, said Yvonne Evan's brother, John Evan II, who lives in Stebbins. But they didn't seem to talk to many people, Evan II said.

In August, Evan took her daughter's body to Pilot Station, a village on the Yukon River where her father's family is from. They built a wooden casket and arranged silk flowers around Lockwood's body for the burial. They stayed in the village for 40 days, a Russian Orthodox tradition.

Information about the investigation fizzled out. The case was reassigned to new investigators several times.

Over time, the family has heard different interpretations of what might have happened: The latest is that investigators believe Lockwood "fell asleep on the beach," according to Evan. She doesn't buy that. They've also heard, it's not clear where, that investigators consider the death a suicide — something that doesn't make sense to Evan or other family members.

The unanswered questions about Lockwood's death weigh on the community, said Evan II.

"It's not good to have these rumors flying around," he said. "It's on people's minds a lot up here."

Troopers say there are good reasons for the silence.

Investigations take time, and investigators aren't always able to share incremental developments with family members, though the try to "keep families in the loop," said Peters, the troopers spokeswoman.

Sharing information or commenting on rumors could compromise work investigators are trying to do, she said.

She pointed out that troopers only in June announced an arrest and charges in a 2015 double homicide on the Denali Highway. That case took time to solve, Peters said. There are also issues of staffing: The Department of Public Safety has seven sergeants and 23 investigators working on cases statewide, according to spokesman Tim DeSpain.

"I sympathize immensely with the family," Peters said. "It is a horrible, long process for people waiting for these answers."

That's little comfort for Yvonne Evan. She keeps calling to ask about her daughter. If she doesn't press, she worries the case will remain in limbo, the questions unanswered and the rumors taking root like some invasive plant.

There would be only one thing worse.

Her deepest fear, she said, is that "everyone will forget."