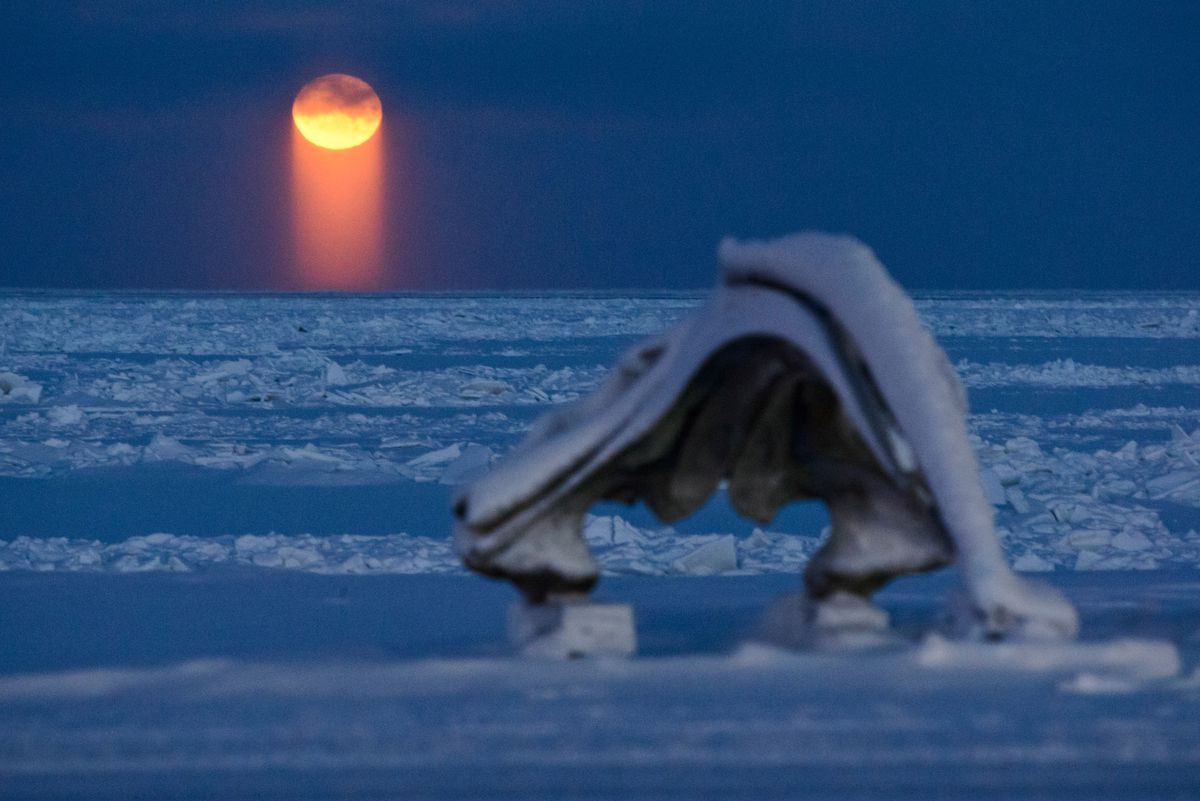 After a September storm caused severe damage to roads in the far-north community of Utqiagvik, Alaska Gov. Bill Walker has formally declared a disaster there, giving the town access to state cash.

Walker signed the disaster declaration Tuesday. It gives Utqiagvik — formerly Barrow — access to state money to help repair damaged infrastructure like roads, as well as for administrative and management costs.

The storm took place in late September, with 8-foot waves and sustained winds above 30 miles an hour.

At least one of the town's roads — a 3,700-foot beach road between an airstrip and a lagoon — was destroyed, and others were seriously damaged, the Arctic Sounder reported.

The damage to the beach road cut off the town from a critical spot used for harvesting whales in bad weather, the North Slope Borough wrote in a fact sheet about the storm's damage.

Utqiagvik's protective berms failed in several areas, but the borough had nearly fixed them by early October, the Sounder reported.

Seven historic and cultural sites were also damaged and submerged by the storm, said Bryan Fisher, a spokesman for the Alaska Division of Homeland Security and Emergency Management.

Borough officials initially said cleanup and repair costs could top $10 million. But the state expects the amount to be lower, Fisher said.

State and federal emergency managers are in Utqiagvik this week assessing damages and coming up with a more precise estimate. If the damage is severe enough, the federal government could end up covering three-fourths of cleanup costs, Fisher said.

Repairs made during the storm were initially estimated to cost $1.3 million, but that doesn't include permanent fixes, Fisher said.

Borough officials didn't immediately respond to a request for comment Tuesday about the disaster declaration.