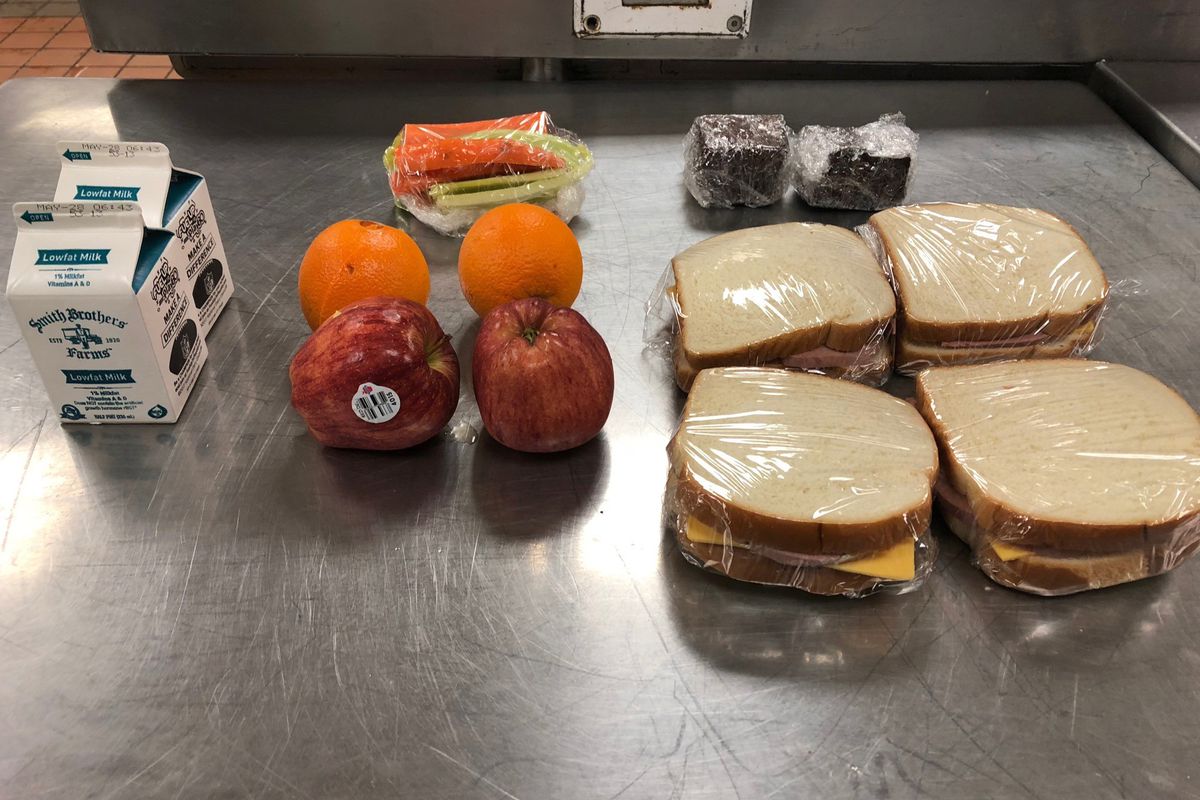 A nonprofit that advocates for the civil rights of Muslims filed a lawsuit against the Alaska Department of Corrections in federal court this week, saying inmates at the Anchorage jail observing Ramadan are being given dangerously meager meals, including being served bologna sandwiches containing pork.

The DOC says the bologna was made of turkey and the department is making every effort to accommodate the religious practices of Muslim prisoners.

Muslim inmates at the Anchorage jail "are being starved," said Gadeir Abbas, a senior litigation attorney with the Washington, D.C.-based Council on American-Islamic Relations.

CAIR got involved after hearing reports that Muslim inmates in Alaska weren't getting enough food during Ramadan, Abbas said. In 2017, the group settled a similar lawsuit against Michigan correctional authorities.

The Alaska lawsuit, filed Tuesday, asks for an emergency order that would force the DOC to change its Ramadan dietary policy.

"We're hoping the courts will see this for what it is — a dire emergency," Abbas said.

The lawsuit on behalf of Alaska inmates Anas A. Dowl, 41, and Ernest A. Jacobsson, 38, charges that other inmates at the Anchorage jail get meals of between 2,500 and 2,800 calories per day while Muslim inmates who fast during daylight hours during the month of Ramadan are only offered two cold "bagged meals" to be consumed in their cells.

Those meals total 500-1,100 calories, according to the complaint. On several days, the bagged meals had bologna sandwiches in them containing pork products, which are forbidden under Muslim dietary code, the lawsuit alleges.

The plaintiffs didn't eat the bologna sandwiches, "and as a result receive even less calories than the already substantially low amount they are given," according to the lawsuit.

Dowl and Jacobsson were not allowed to save food in their shared cell, according to the lawsuit.

Hours after they met with an attorney from CAIR, correctional officers "conducted a shakedown" of their cell, confiscating bagged meals and four hamburgers the men had traded other inmates for their bologna sandwiches, a motion for an emergency restraining order said.

The DOC wouldn't comment on the lawsuit but said that it "accommodates many different faiths," including Islam, inside Alaska facilities and goes out of its way to make sure Muslim inmates can eat their meals in accordance with Ramadan fasting guidelines.

Roughly 30-40 Muslim inmates are incarcerated in Alaska prisons, said department spokeswoman Megan Edge. Any inmate who wants to can sign up for Ramadan meals, she said.

Inmates observing Ramadan get two sacks, each with "two turkey bologna sandwiches, or chicken salad sandwiches, or hummus, TVP (textured vegetable protein) patty, tofu patty, or rice and bean burrito or peanut butter for our vegetarian and vegan inmates" plus "two pieces of fruit, veggie sticks, milk, plus cookies or cake," according to the DOC.

Ten inmates at the Anchorage jail are signed up for the meals.

"To the best of our ability, in accordance with Islamic law, we are providing our Muslim residents the opportunity to succeed during Ramadan," Edge wrote in an email.

The court could rule as early as Wednesday on the emergency motion, Abbas said.

"There's a day where they ate nothing at all," Abbas said. "Their food was confiscated from them. This is a dire situation."

Ramadan began on May 16 and ends around June 15.