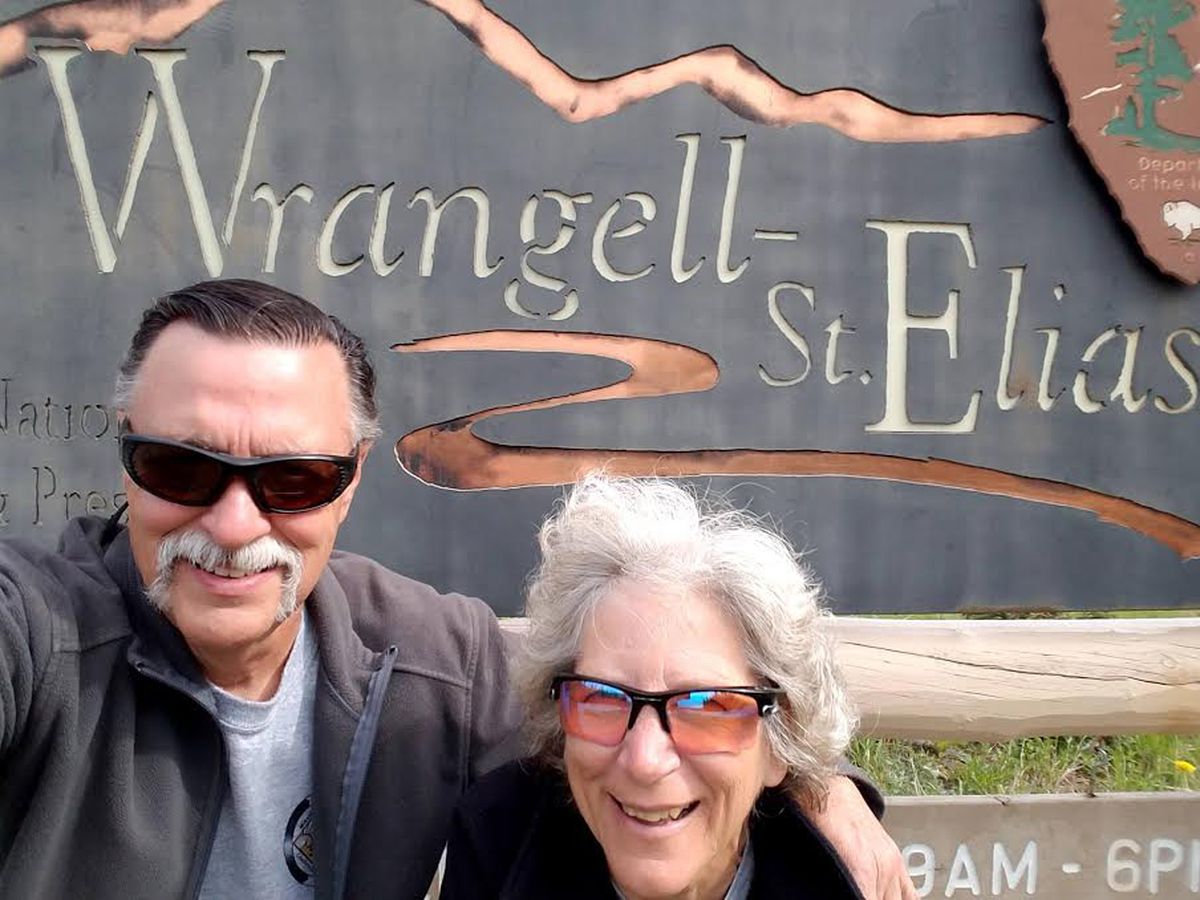 Rochelle Renken, right, and Michael Huffman, both 62 and from Columbia, Missouri, photographed June 21, 2018, before they set out on a six-day backpacking trip in Wrangell-St. Elias National Park and Preserve. (Photo provided by National Park Service)

Rochelle Renken, right, and Michael Huffman, both 62 and from Columbia, Missouri, photographed June 21, 2018, before they set out on a six-day backpacking trip in Wrangell-St. Elias National Park and Preserve. (Photo provided by National Park Service)

National Park Service rangers Monday recovered the bodies of a hiking couple who went missing along the Sanford River in Wrangell-St. Elias National Park and Preserve, the agency said Tuesday.

Rochelle Renken and Michael Huffman, both 62 and from Columbia, Missouri, were on a six-day backpacking trip in the park but did not meet a scheduled air-taxi pickup Wednesday.

"Based on the evidence that was found by searchers, it appears that the couple attempted to cross the Sanford River near the toe of the glacier and were swept away by the powerful, glacial river," the NPS said in a statement.

"The deaths appear to be accidental. No foul play is suspected," the agency said.

The couple was on a trip of a lifetime that included traveling through Canada, said Margie Steigerwald, a spokeswoman for the park.

They had recently retired from the Missouri Department of Conservation. She was a biologist and he was a forester, Steigerwald said.

"Our hearts go out to their family," Steigerwald said.

They were dropped off June 22 by an air taxi operator at the Sanford Glacier airstrip less than 2 miles from where their bodies were found, the agency said. Search crews over the weekend found two gear-filled backpacks and other camping items along a 7-mile stretch of the Sanford River.

"The couple were experienced backpackers and Renken has been to Alaska several times in the past and had previous experience crossing Alaskan rivers," the agency said Tuesday.

The bodies were identified after a preliminary investigation by Park Service officers. Positive identification is pending from Alaska's medical examiner, the agency said.

The agency launched an "intensive aerial and ground search" Wednesday that grew to 27 people and five aircraft by Thursday, the agency said.

The couple had planned to hike six days from the Sanford River, crossing the Dadina Plateau and ending at the Dadina River.

"The NPS reminds backpackers that river crossings are always dangerous and that rivers and streams that are sometimes passable become impassable, even for experts, after rain events or on sunny days with rapid glacial melt," the statement said.