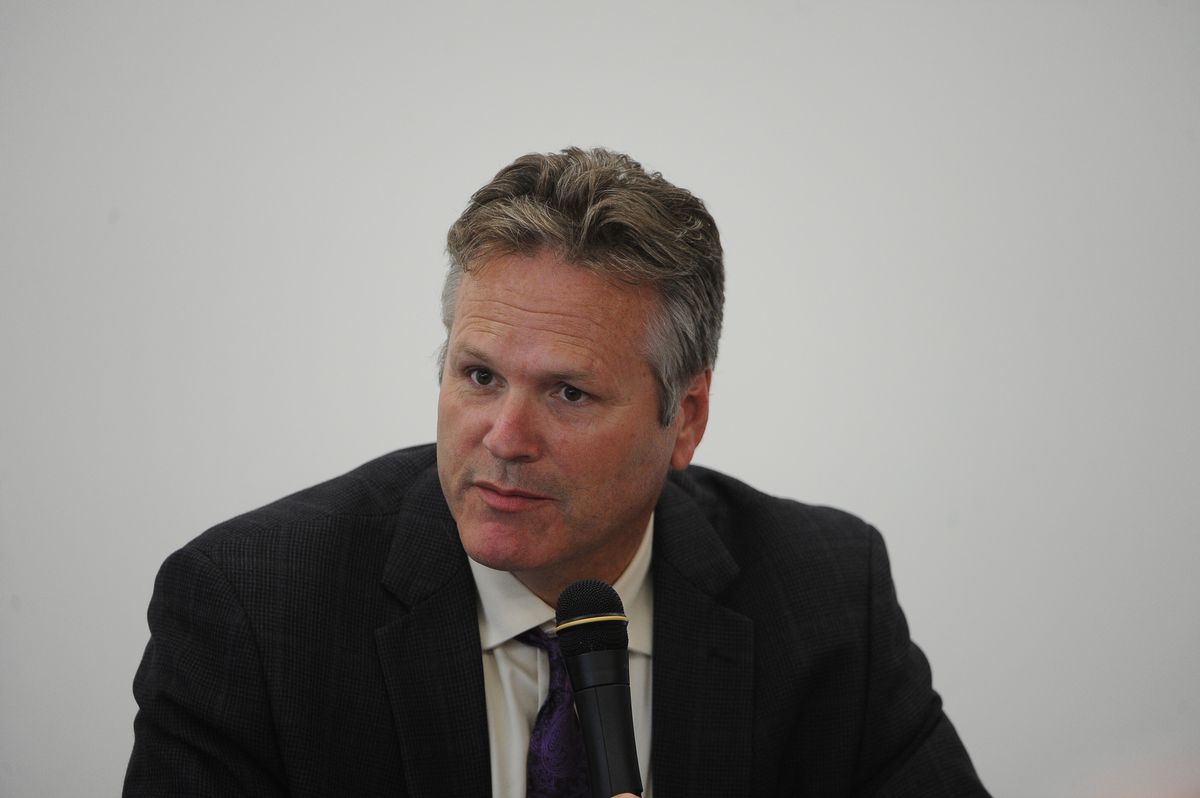 The Anchorage Daily News asked Alaska candidates for governor to answer a series of issue questions. Here are their responses, in some cases edited for length. Read the Q&A with Democrat Mark Begich here.

Why are you running for office?

Alaska needs a new direction and new leadership. Our state is at a tipping point. We have the nation's highest unemployment rate. Alaska's business climate was ranked worst in the nation in a recent study. Crime has skyrocketed, and our education testing scores are among the worst in the nation. Alaska's population fell in 2017 for the first time in 29 years, as more than 8,500 people left to look for a better life elsewhere. These dismal trends will continue until we get new leadership.

The epidemic of violent and property crime is our gravest problem. State government has no higher responsibility than protecting our safety and our property. But the spread of crime is also linked to other serious problems we face. Our current recession creates a ripe environment for crime to proliferate. An education system that does not prepare young people to succeed in life is also a contributing factor. Building a flourishing economy and reforming our education system are essential.

Describe ways your administration would try to grow and diversify Alaska's economy.

Our economy is struggling, and the worst response would be to impose new taxes—as Bill Walker and Mark Begich have proposed. We can't tax our way to prosperity. Instead, we need a business climate that promotes investment in Alaska. How can this be done? By reducing the budget and constraining future growth with a spending cap. By not changing tax policy every few years. By eliminating regulations that obstruct investment. By actually doing these things, instead of just talking about them.

How would you create a sustainable state operating budget that doesn't borrow annually from the state's savings to meet shortfalls? Be specific.

The fiscal gap can and must be closed by reducing state spending to a sustainable level, and by growing the economy through natural resource development. Discipline on the spending side is crucial. If state spending is not controlled, no amount of taxation or raids on the Permanent Fund dividend will be enough to rescue us.

A narrative has emerged in recent years that we simply can't reduce spending any more. Many Alaskans do not agree. The most recent state budget spends over 10 percent more than the previous year. Alaska has the nation's highest per capita government spending — double or triple the amount in many other states. This is unsustainable. As governor, I will introduce significantly lower budgets, and use my veto pen to control spending.

We need to keep a laser-like focus on the essential priorities of public safety, schools, roads, and natural resource management. Spending on programs that are not constitutionally mandated should be scrutinized carefully to identify savings.

What new forms of revenue do you support to balance the state operating budget?

I will focus on developing our vast lands and natural resources. This holds the key for growing state revenues, and for providing a healthy tax base for local governments. We cannot escape the reality that new wealth must be created. Otherwise, the various proposals for new taxes are just competing schemes for slicing up an ever-smaller pie. We take money from one group of Alaskans, give it to another group, and label it a "fiscal plan." Growing the size of the pie helps us avoid this stalemate.

What cuts to state spending and services would you support to balance the state operating budget? Be specific.

All departments must be audited to identify waste, fraud, and duplication of services. It is estimated we could save several hundred million dollars by these steps. Our state payroll should not include a "climate change advisor" who commutes from Seattle, or an "innovation stakeholder change manager" who was imported from Michigan. Efficiencies must be identified—for example, by consolidating health insurance programs for school districts and municipalities, we could save millions of dollars.

What is your vision for the Permanent Fund and the dividend program?

I am the only candidate for Governor that supports paying a full PFD, using the statutory formula that worked well for decades. I voted against every attempt to reduce the PFD, and as governor I will continue to protect it. Bill Walker squandered the trust of Alaskans when he cut their PFDs in half. I sponsored a bill to reverse those cuts. Preserving the PFD helps protect the entire Permanent Fund, because it incentivizes legislators to be frugal with spending from the earnings reserve account.

What specifically would your administration do to reduce high rates of sexual assault and domestic violence in Alaska?

We must focus on swift punishment for offenders. I will develop a comprehensive plan for preventing, intervening, and responding to occasions of child sexual abuse, domestic abuse, and sexual violence. We now have compelling social science research on Adverse Childhood Experiences (ACEs), which can be utilized to help abused children and prevent the cycle of abuse from being "passed down" to the next generation.

How would your administration address high rates of property crime in Alaska, especially in urban areas?

There are multiple causes to the current crime epidemic. Yet the SB 91 crime bill, signed into law by Gov. Walker, has certainly made our problems worse. I support a full repeal of this troubled policy. We need to end "catch and release" of criminals. Our police, prosecutors, and courts must have the resources they need to do their jobs effectively. We must deliver swift and severe consequences for criminal behavior — especially for individuals dealing drugs.  The abuse of opioids and other illicit drugs is clearly a major driving force behind our rising crime rates.

How would your administration address the opioid crisis?

The crisis must be confronted on both the supply and demand fronts. I will seek stiffer penalties for drug dealers. We must work closely with the federal government on interdiction efforts.  We must collaborate with health care providers to reduce prescription opioid abuse. For those who are addicted, it's my intention to ensure treatment programs exist to assist them. Drug abuse not only contributes to our crime problem, it further burdens our health care system and undermines our economy.

What are your suggestions to increase performance of Alaska public schools? If your ideas involve additional spending, where would the money come from?

Our education system is in trouble. Alaska ranks worst in the U.S. on the 4th grade reading test. Children who can't read by the fourth grade won't be able to master other subjects – science, history, even math. We must demand better outcomes in reading, mathematics, and career-tech education. More money won't necessarily change outcomes. We must shift resources to prioritize learning in the early years, so that no child leaves third grade unable to read.

I interpret this question to mean: do I favor providing parents more options for educating their children? I was a strong advocate in the Senate for giving parents the flexibility to achieve the best outcome for their children. Parents know their children's unique educational needs; there is not a "one-size-fits-all" approach. With that said, my focus will be on improving outcomes in our public schools, where I served for decades as a teacher, principal, superintendent, and school board member.

What should Alaska be doing to prepare for the impacts of climate change?

We need to collaborate with the federal government and local governments
to address the needs of communities that may be negatively impacted by
erosion and flooding. We also need to plan to take advantage of positive
opportunities that may arise due to climate change, such as the opening of
new shipping lanes in the Arctic.

State your position on abortion. When should it be allowed, and when
should government pay for it? Do you anticipate supporting any
legislation, policies or budget proposals that would change the status
quo in Alaska?

I am pro-life. I believe that every child, born and unborn, should be
welcomed in life and protected by law. As a state senator, I supported
legislation that would eliminate public funding for elective abortions.
Government has a solemn duty to protect vulnerable persons who can't
protect themselves.

What other important issue would you like to discuss here?

I believe that restoring the public's trust in government is a critical priority.
Too many politicians have squandered the trust of the people with broken
promises on the PFD, taxes, the budget, and other issues. I am committed
to earning that trust back, the only way I know how: by keeping promises
and commitments. By saying what I mean and meaning what I say.