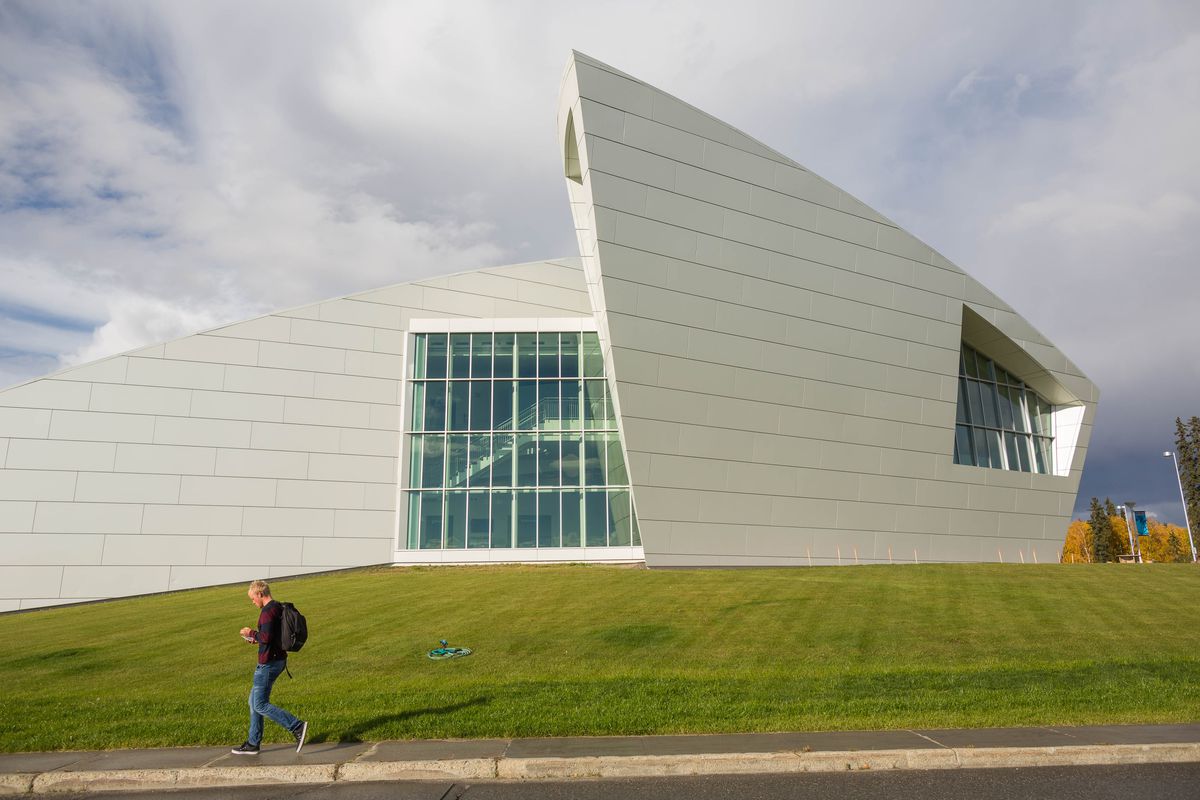 A pedestrian walks by the Museum of the North on the campus of the University of Alaska Fairbanks on September 9, 2015. (Loren Holmes / ADN archive)

A pedestrian walks by the Museum of the North on the campus of the University of Alaska Fairbanks on September 9, 2015. (Loren Holmes / ADN archive)

Alaska Gov. Mike Dunleavy has proposed slashing hundreds of millions of dollars from the state education system, provoking a strong reaction from officials who said the cuts would cripple universities and local school districts and lead to dramatic closures, layoffs, larger classes and fewer programs.

The cuts are part of Dunleavy’s plan, announced Wednesday in Juneau, to cut hundreds of millions of dollars in state spending to bring revenue in line with expenses. State budget director Donna Arduin told reporters that state spending was “unsustainable” and had not corresponded with positive results.

The plan will be debated in coming weeks by state legislators.

The current plan calls for axing about $310 million from the state Department of Education and Early Childhood Development from the department’s current $1.3 billion budget.

Among the cuts: a state preschool grant program, and a popular medical education program known as WWAMI, documents show.

The cut would “devastate" Alaska’s university system and lead to campus closures, program cuts, tuition hikes and layoffs, Johnsen said. Roughly 1,300 faculty and staff could lose their jobs and numerous research programs would be disrupted, he said.

“I respect the governor’s boldness and his vision,” Johnsen said. “This budget, however ... guts one of our state’s most powerful tools for realizing that vision.”

Officials knew major cuts were coming, but in an interview, Johnsen said Dunleavy’s budget went further than he had expected.

At the University of Alaska Anchorage, officials would likely start with looking at building leases and programs that weren’t seen as “core” to a mission of teaching and access, Chancellor Cathy Sandeen told reporters Wednesday. But she stressed that no decisions had been made.

Budget documents appear to give the university system more authority to raise money on its own. It wasn’t clear where that money would come from.

At the Anchorage School District, officials were bracing for a $110 million operating cut, or about one-fifth of its overall budget.

“It’s the dismantling of public education as we know it,” Starr Marsett, the president of the Anchorage School Board, said Wednesday.

Marsett couldn’t immediately predict specific cuts. She said the school district would be analyzing the budget proposal deeply: “Everything is on the table.”

Dave Donley, an Anchorage School Board member who also serves as a deputy commissioner in the state Department of Administration under Dunleavy, didn’t immediately return a call seeking comment.

Anchorage district officials said they were taken aback by the apparent rollback of a program to reimburse school districts for bond debt dating back two decades. That change would amount to tens of millions of dollars more in shifted cost to the school district, said Jim Anderson, the chief financial officer for ASD.

Amid education officials’ dire warnings were efforts to strike a positive note to maintain morale after consecutive years of cutbacks in school funding.

In the coming weeks, Johnsen said he planned to focus heavily on the university’s economic and social contributions to the state. He said he does not see the university fading away.

“There will be the University of Alaska here 10 years from now,” Johnsen said. “We may be less of what we are today but our state absolutely needs us.”

Correction: A previous version of this story incorrectly reported that the University of Alaska system faces a $134 million cut, or about 40 percent of its total budget. The article should have said the proposed cut represents about 40 percent of the state’s support for the system.