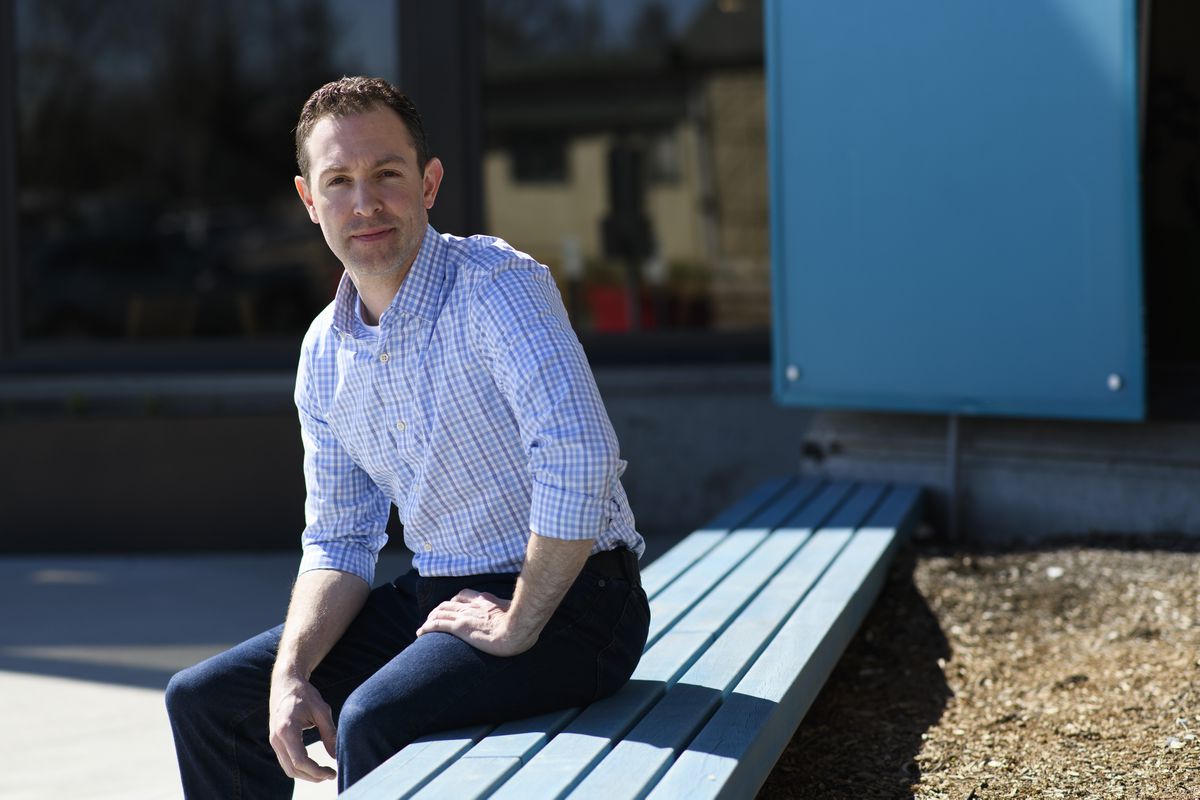 Gabe Layman, chief operating officer for Cook Inlet Housing Authority on April 26, 2019. Layman is the chair of the Alaska Census Working Group, which is working to ensure the state is counted properly. (Marc Lester / ADN)

Gabe Layman, chief operating officer for Cook Inlet Housing Authority on April 26, 2019. Layman is the chair of the Alaska Census Working Group, which is working to ensure the state is counted properly. (Marc Lester / ADN)

Getting around Alaska can be hard enough, with far-flung communities not connected to the road system and at times perilous weather. Now imagine trying to count every last person in the state.

It’s no simple task. Ahead of next year, when the U.S. census begins in the Alaska village of Toksook Bay, a new group is working to help make sure those numbers are as accurate as possible.

Formed in 2016, the Alaska Census Working Group is made up of nonprofits, tribal entities, private organizations and public agencies focused on educating Alaskans about the importance of responding to the census.

Much is at stake in the once-a-decade census count. The numbers are used to determine how much federal funding flows into every state — in 2016 that allocation was more than $3 billion to Alaska. That’s particularly significant here because federal spending and employment are a major part of this state’s economy. Census data also affects congressional seats, state redistricting, socioeconomic data, employment rates and more.

“Nearly all of it starts with the decennial census,” said state demographer Eddie Hunsinger.

Alaska is notoriously hard to count, with its many isolated populations. But it’s not just geography; an abundance of seasonal workers and the highest migration rate of any state (meaning the greatest annual number of people moving to and from the state, as a proportion of its population) add to the challenges.

The 2020 count marks the first time people will be able to respond to the census online, but the most remote parts of Alaska — where spotty internet is common — still must be counted in person.

The census is mandated by the U.S. Constitution, and Alaska villages are traditionally the first to be counted. The 2010 census showed a population of 710,249 people in Alaska, and the bureau’s 2018 estimate was 737,438.

Census takers may need to use a bush plane, dog sled or snowmachine to access sparsely populated areas here. The census questionnaire will be available online in 12 non-English languages, and help in those languages will also be available over the phone. None of those are Alaska Native languages.

For people who need help answering the census questions in an Alaska Native language, “our goal is to hire enumerators from the Native villages where they live, so they will be able to help with translation,” said Donald Bendz, a spokesman with the census bureau, in an email.

There is also the hurdle of gaining trust in some isolated communities.

“A lot of people live in Alaska because they wanna get away from government, right?” said Mike Walsh, vice president of public policy at Anchorage nonprofit Foraker Group, which convened the Alaska Census Working Group. “You’ve got someone sending you mail, email, knocking on your door, you might not be as trustful of that contact.”

Walsh was at a policy conference in Chicago in 2016 when he attended a session about the census. That raised concerns for him about the unique circumstances of tallying people in Alaska.

To be sure, the census is precise on a national scale. A 2012 survey that looked at the accuracy of the 2010 census found that there was no statistically significant undercount or overcount in the population or housing units for any state, the agency said. And the bureau also does its own outreach to encourage census participation.

Still, with so much at stake, Walsh wanted to help raise awareness about the count and its impact. Alaska has the fourth highest federal spending per capita when compared to other states and Washington, D.C., according to a 2017 report from nonprofit group Council of State Governments.

The working group has met with Alaska’s congressional delegation and members of the Legislature, including a recent presentation for the House Special Committee on Tribal Affairs. That committee introduced a resolution urging Congress to fully fund the Census Bureau for the 2020 effort, and urging the governor to prioritize an accurate count.

Gabe Layman, chief operating officer of Cook Inlet Housing Authority, is chair of the Alaska Census Working Group. The goal, he said, is educating people on how the census “helps their community in a positive way, but also to make sure that everyone understands that their responses cannot be used in a harmful way.”

He offered an example of a two-bedroom home that might have more than a dozen people living in it. Occupants in situations like that might undercount the members of the household, for fear of getting in trouble for overcrowding.

“But the reality is the Census Bureau not only will not disclose that data, but they are prohibited from disclosing that data,” he said. Census employees take a lifetime oath of nondisclosure.

Research over decades has shown that “renters, non-English speakers, children, low-income people or those who change residences frequently are more likely to be missed in the census,” said Bendz.

The census asks people about their age, race, sex and more. A central legal battle for the 2020 count is the question of citizenship, which President Donald Trump’s administration wants to reinstate. The last time it was asked of all households was in 1950, NPR reported, and some worry it might prevent Latinos and undocumented immigrants from responding.

The agency is looking to recruit thousands of people in every village and city across Alaska for temporary jobs helping with the census count, Bendz said. Those jobs pay around $30 an hour.

Later, the Alaska Census Working Group will run an outreach campaign in some of the hardest-to-count tracts in the state, Walsh said. That will include social media, P.O. box mailers, and signs in places such as post offices and grocery stores.

“Really pretty targeted outreach to make sure people know the census is coming,” he said.

Do you have ideas for Alaska stories related to the 2020 census count you think the Daily News should cover? Email reporter Annie Zak at azak@adn.com.