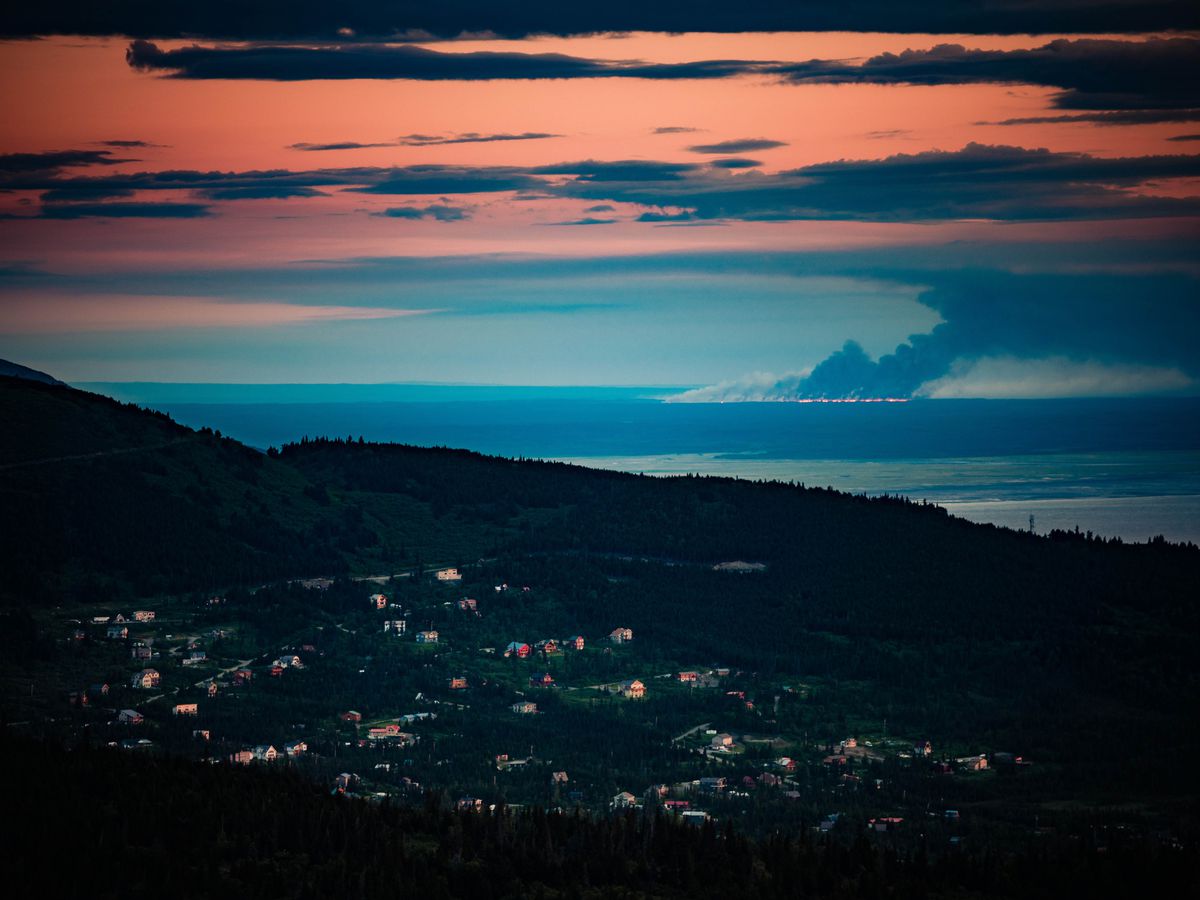 A large wildfire that has been burning for more than a week on the western Kenai Peninsula doubled in size from Wednesday to Thursday, though fire officials say it’s spreading away from populated areas and doesn’t pose a threat to people.

The Swan Lake fire, as forestry officials are calling it, had consumed nearly 7,000 acres of timber in the Kenai National Wildlife Refuge by Thursday morning, according to a report from the Alaska Interagency Coordination Center.

About 40 firefighters were assigned Wednesday to contain the fire’s spread on its southwestern corner, the portion closest to the Sterling Highway, said Sarah Saarloos, fire information officer for the Alaska Division of Forestry.

By Thursday, the fire was just under 3 miles from Mile 68 of the highway and about 5.5 miles northeast of Sterling. However, winds from the south on Wednesday pushed the fire to the north, farther into the wildlife refuge and away from the highway and town, Saarloos said.

Apart from the southwestern corner, though, forestry officials are letting the blaze run its natural course. That’s standard for naturally caused fires burning in limited protection areas, where danger to the public is minimal and a fire would be ecologically helpful.

“It’s different than a fire that is in a community, where we’re in a containment strategy,” Saarloos said.

In the case of the Swan Lake fire, the flames are destroying the thick black spruce that has been populating the area, eliminating fuels for future wildfires, Saarloos said. The reduction in spruce will also allow a greater diversity of plants to grow in that area.

Saarloos said it’s not yet dangerous to drive on the Sterling Highway, though the Division of Forestry cautions that smoke in the area may reduce visibility, so drivers should use headlights and drive at slower speeds.

No air quality advisories were in effect Thursday for Anchorage or communities on the Kenai Peninsula.

Refuge managers closed some of the access roads into the Kenai National Wildlife Refuge on Wednesday, including Mystery Creek Ranch Road, East Fork Moose River north of Watson Lake and the Enstar Pipeline right-of-way from the refuge boundary east of Sterling to the Chickaloon River.

With no significant rainfall forecasted, Saarloos said, the fire could see a similar spread overnight into Friday.