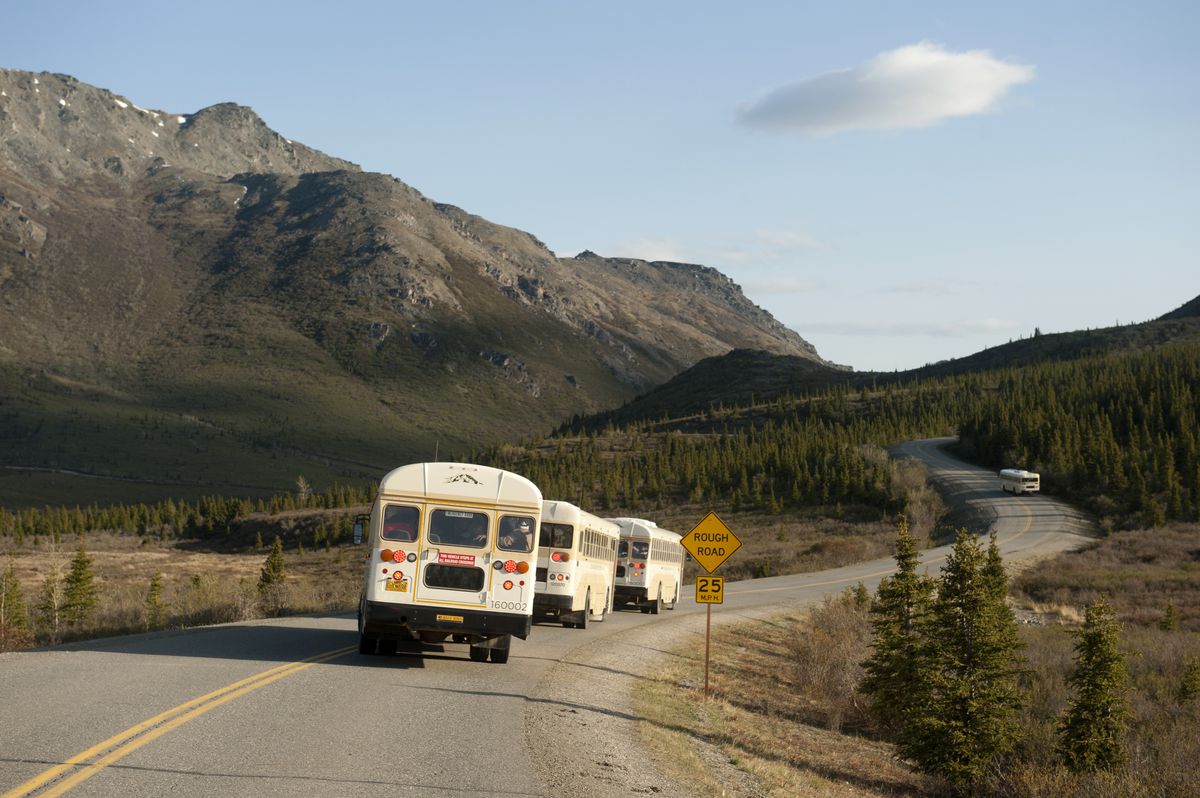 A line of tourist buses stop to look at caribou along the park road in Denali National Park and Preserve on Thursday, May 19, 2016. (Bob Hallinen / ADN archive)

A line of tourist buses stop to look at caribou along the park road in Denali National Park and Preserve on Thursday, May 19, 2016. (Bob Hallinen / ADN archive)

The tourists became stranded Friday after heavy rains triggered mudslides and caused excess water from a culvert to damage the only road inside the vast park.

Park spokesman Paul Ollig told The Associated Press that all the stranded passengers were back at the park entrance by midnight.

"Our team did an outstanding job responding to multiple debris slides along a pretty remote section of road," said Erika Jostad, Denali's chief ranger. "The geohazard team monitored conditions while the road crew was clearing debris. It was a great example of teamwork."

On Saturday, the park announced that the road will be fully open at 5 a.m. Sunday.

"Park staff have done a remarkable job responding to this incident and ensuring the safety and comfort of park visitors," Jostad said. "Folks from all disciplines have come together to safely accomplish this important task."

Also on Friday, the Alaska Railroad said in a release that it has halted service north of the park because heavy rainfall had caused erosion below a retaining wall.

Passenger and freight service will be suspended through the area until late Monday at the earliest, the railroad said in a statement.

The railroad added that passengers traveling north to or south from Denali Park on the Alaska Railroad or on an Alaska Railroad provided service through Holland America/Princess or Premier Alaska Tours should expect delays.