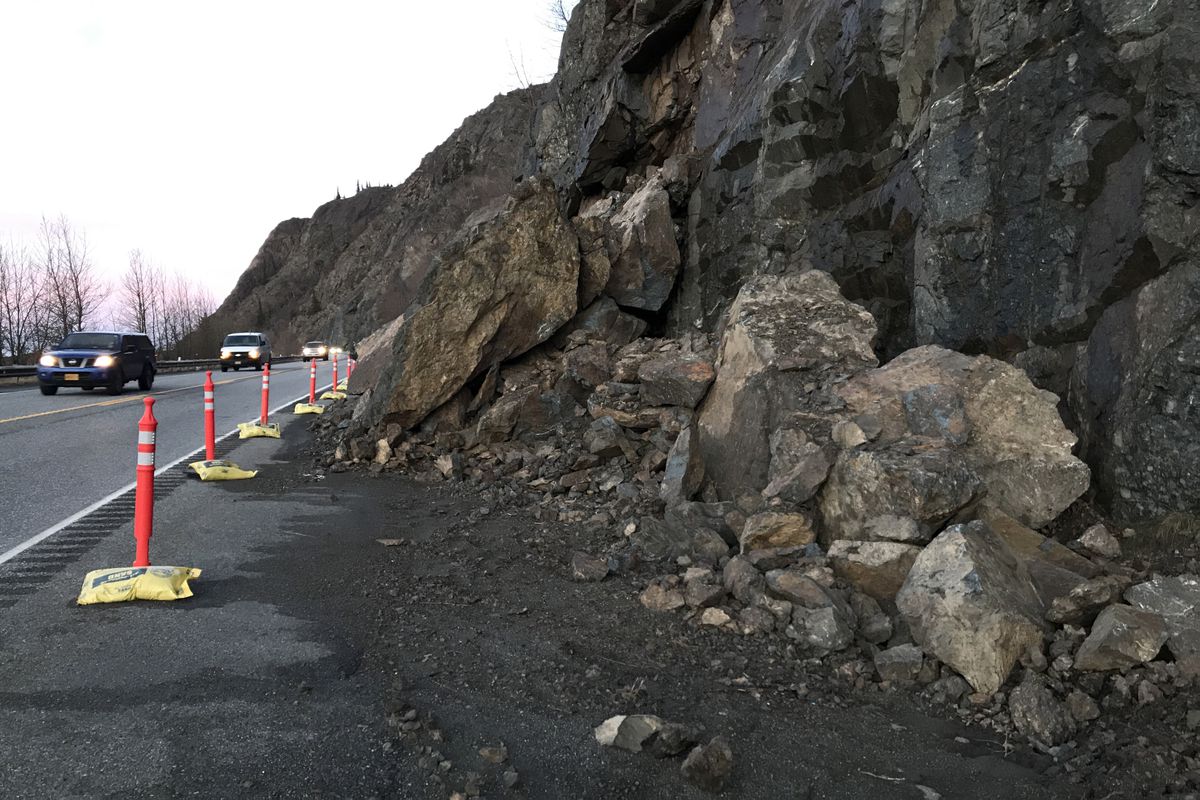 Traffic was shut down for over an hour Monday afternoon south of Anchorage as Department of Transportation officials responded to multiple rock slides in a heavily traveled stretch of the Seward Highway.

Heavy winds and rain caused the rock slide near the McHugh Creek area, according to Shannon McCarthy, a spokeswoman for the Alaska Department of Transportation, shutting down the highway at about 4 p.m.

At about the same time, another rock fall partially closed the highway at Mile 106.5, near Windy Corner. Three other rock slides were reported at miles 106, 107 and 109, according to a department alert.

As of 7 a.m. Tuesday, the Seward Highway was completely open, Anchorage police said.

High winds hit Turnagain Arm and the Anchorage Bowl on Monday, with 113 mph gusts reported that morning along the Seward Highway. Flooding was reported on the Sterling Highway near the Anchor River from miles 161 to 163, the DOT said.

“This is always the kind of weather that precedes rock slides, with the heavy winds and the rain,” McCarthy said.

Falling rocks were also reported Saturday between miles 104 and 114, McCarthy said, although it did not close the highway.

McCarthy said there were no injuries or damage reported.