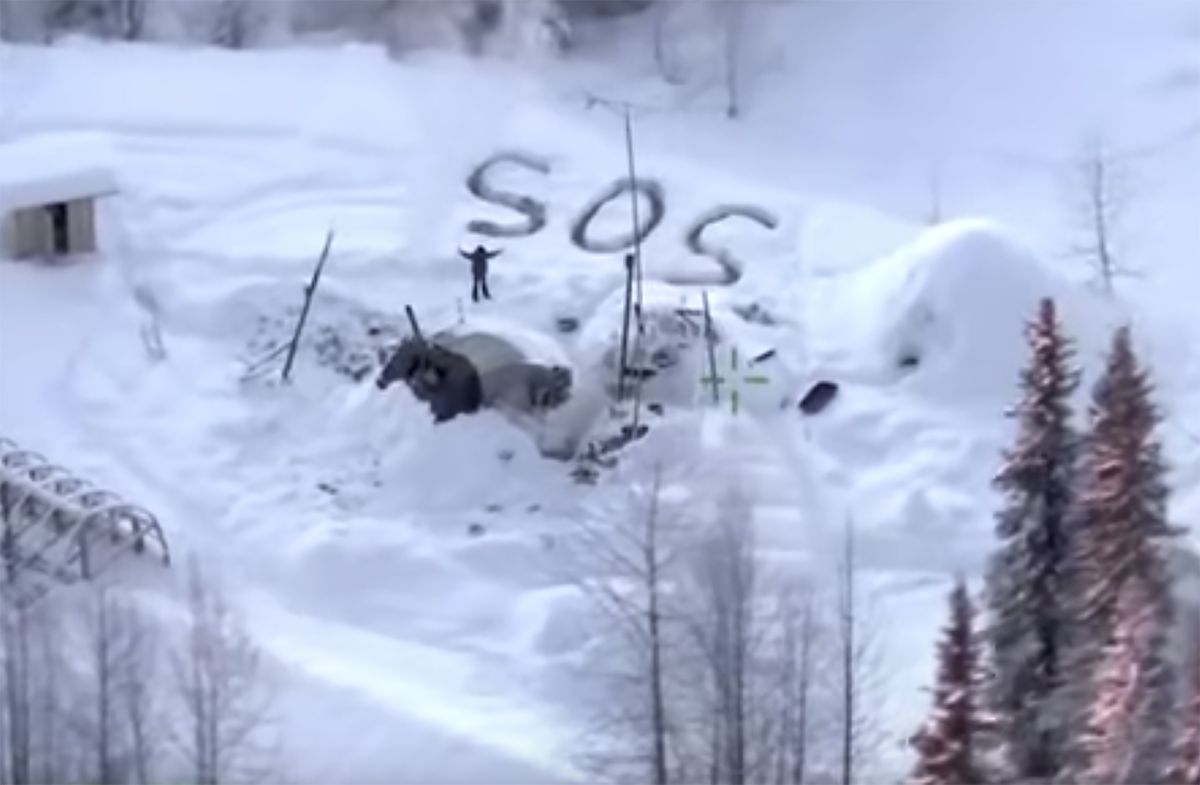 A homesteader survived weeks of subzero cold in the Susitna Valley wilderness after his cabin was destroyed by fire in mid-December, Alaska State Troopers said.

Troopers rescued 30-year-old Tyson Steele by helicopter on Thursday, about three weeks after his cabin burned down. He had been homesteading about 20 miles from Skwentna since September, troopers wrote in an online report.

Steele told troopers after his rescue that he woke up around 1 or 2 a.m. on Dec. 17 or 18 because the roof of his cabin had caught fire. He got outside as the flames quickly took hold but was surprised to hear that his chocolate Labrador retriever, Phil, was still trapped inside. The 6-year-old dog did not survive.

Steele said he knew that he needed to act quickly. He began shoveling snow onto portions of the fire in an attempt to save his food supply.

He said he worked until daylight and then took stock of what remained. If he only ate two cans of food a day, he estimated, he could survive for 30 days. The cans were melted or popped open by the heat.

Steele made a snow cave he said was just big enough for him to fit in with his sleeping bags and a few food items.

“But I just huddled into that dark cave and I slept,” he told troopers during an interview. “I slept for a really long time. And it was, it was warm. Warmer than outside.”

He said he next built another shelter from tarps and scrap lumber to create a tentlike structure around the wood stove that once heated his cabin. Even with a constant fire in the stove, Steele said, he was deeply cold.

“It’s by no means a cozy cabin that I was able to put together,” he said to troopers. “It just took the edge off. I could still see my breath, but at least I wasn’t suffering.”

Next to the shelter, he stamped out “SOS” in the snow and filled it with ash so people flying overhead would see that he was in trouble.

Steele said he didn’t know how long it would be before anyone would check on him. His cellphone had battery problems and his once-regular conversations with friends and family had become less frequent.

He said he’d heard someone lived about 5 miles away at Donkey Creek Lake, but heavy snow made it challenging to walk far. He decided that if he was still stranded after 35 days, he would start walking toward the lake.

Steele’s friends eventually called troopers to check on him, and on Jan. 9 a troopers helicopter crew landed to rescue him, according to the report. After getting a shower and warm food from McDonald’s, Steele said, he would probably spend time with family.

“I’m probably going to go back home to Salt Lake City,” he told troopers. “Not ‘back’ home, because this is my home, but to my family.”