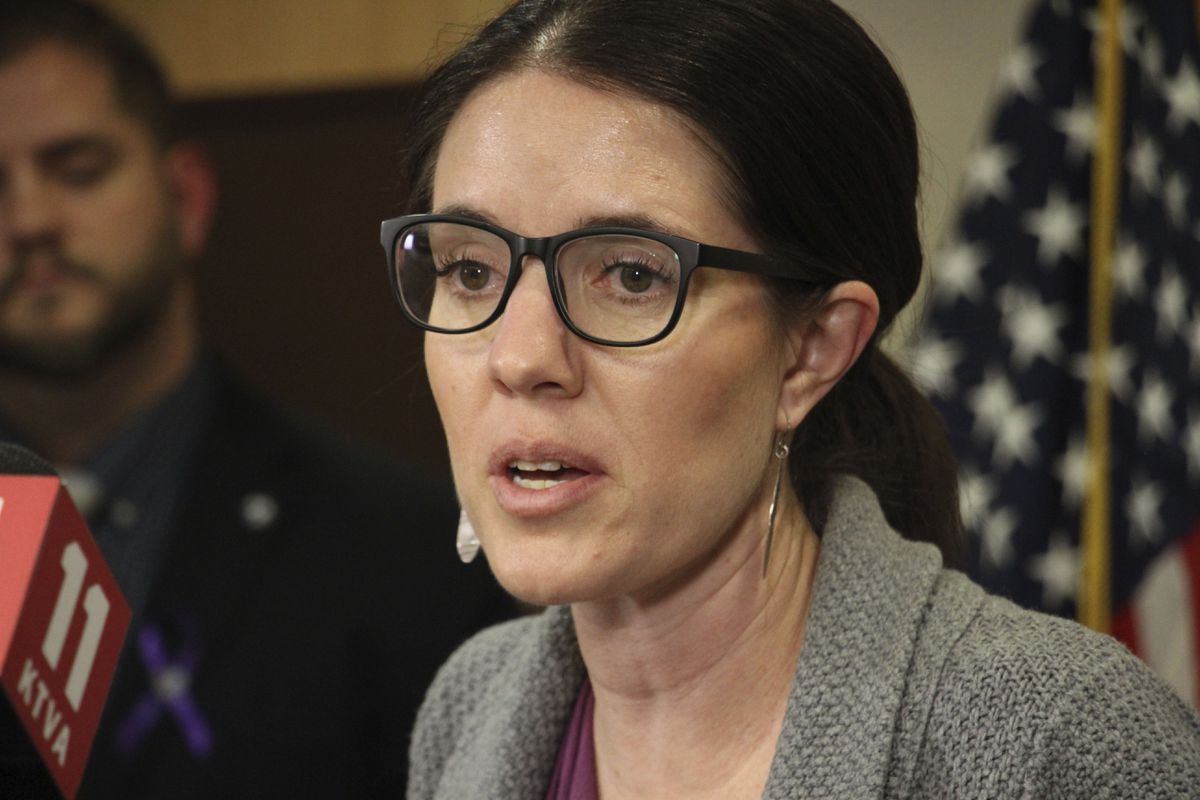 The state’s chief medical officer, Dr. Anne Zink, has become the explainer-in-chief for Alaskans during the coronavirus outbreak, a regular at news conferences who has become known for providing information in a straight-forward, easy-to-understand manner.

She’s gotten praise from residents for her approach and inspired a poem from a Juneau city official. The office of U.S. Rep. Don Young, who was criticized last month for downplaying the seriousness of the virus in a speech to fellow seniors, jumped on the bandwagon, with a website where people can submit thank you notes to Zink.

Colleagues of the emergency medicine physician aren't surprised. Dr. Jay Butler, a former chief medical officer for Alaska who now works for the U.S. Centers for Disease Control and Prevention, said Zink can translate data for others, “always with an eye to the humanity in health care and public health.”

We won’t be having a press briefing tonight. Here’s the latest on the COVID-19 outbreak from Dr. Zink. For the latest information visit www.coronavirus.alaska.gov

State health Commissioner Adam Crum said Butler was among those who suggested Zink for her current role, which she started last year. Crum said he thinks Zink’s emergency medicine experience — “where your normal is chaos” — helped prepare her for this time.

In emergency medicine, “nothing is ever going to be exactly as you need it but you still have to make sure you take care of the patient and you have to make sure that you're communicating ... with possibly very upset and emotionally distressed family members," he said.

In regular news conferences with Gov. Mike Dunleavy that also often feature Crum, Zink provides updates on the number of cases of COVID-19 in Alaska, state preparations, ways Alaskans can prevent the spread of the virus that causes the disease, testing and scientific developments.

The typically hour-long news conferences are streamed online and have been carried on a statewide public affairs channel. Thursday, nearly the entire news conference, which stretched about 90 minutes, was devoted to Zink, who gave a lengthy presentation and fielded questions.

She often begins responses by saying, “I appreciate that question.” In news conferences and short videos, she reminds Alaskans to be kind to one another.

She also has admitted mistakes. For instance, Zink apologized for misspeaking Tuesday about a case involving an oil-field worker, saying she wasn’t able to fully discuss it with her epidemiological team in gathering information ahead of a news conference. The details were quickly corrected.

Zink, who has practiced medicine in Palmer and been an emergency room doctor at Mat-Su Regional Hospital, was on a sabbatical, traveling the world with her family, when Crum first contacted her about possibly becoming the state’s chief medical officer. The next time they spoke, “she had read four books by other chief medical officers ... to see what their perspective was. That’s Dr. Zink,” Crum said. She’s “always bettering herself,” he said.

The Associated Press on Tuesday submitted a request to speak with Zink through the health department’s communications office. A department spokesman said he’d provide an update on the request when he had one.

Zink told the Alaska Landmine podcast last year she grew up in Colorado with physician parents. She worked as a mountaineering guide in Alaska during college and in pursuing medicine gravitated toward emergency care.

"I love being able to take care of a CEO right next to someone who's homeless right next to a kid. Like, it's just this whole variety of life. And you really realize how human we all are," she told the podcast.

David Scordino, a medical director at Alaska Regional Hospital who has known Zink for several years, said she is authentic.

“Everything that you are seeing is her genuine self. She's intelligent and capable and well-mannered and thoughtful and that expression of caring comes out in every interaction you ever have with her,” he said.

Juneau City Manager Rorie Watt, in an “ode” to Zink, included these lines: “Oh Alaska, I love you and it feels like we are teetering on the brink/ who can guide and steer us? The unflappable Dr. Zink!”

Watt said the poem was meant to show appreciation and remind people worried or scared about COVID-19 “they can just trust our expert.”

Andrew Halcro, executive director of the Anchorage Community Development Authority, is a Zink fan too. He recently said on Twitter that when she approaches the podium to speak, “I feel like everything is going to be alright.”

Zink has since started attending news conferences remotely. Crum said she wants to practice the social distancing she preaches.

How can you recreate outside while practicing social distancing? Because we get asked this question often, Dr. Anne Zink filmed this short video to show you how she stays safe while going on a run. Dr. Zink says to always keep a minimum of six feet from others; even more space is needed when you are exercising and breathing hard. Alaskans: Social distancing before it was cool! This topic is also addressed in our FAQs: dhss.alaska.gov/News/Documents/press/2020/FAQs_03272020-SOA-COVID-19-Health-Mandate-011-012.pdf

Posted by Alaska Health and Social Services on Saturday, April 4, 2020