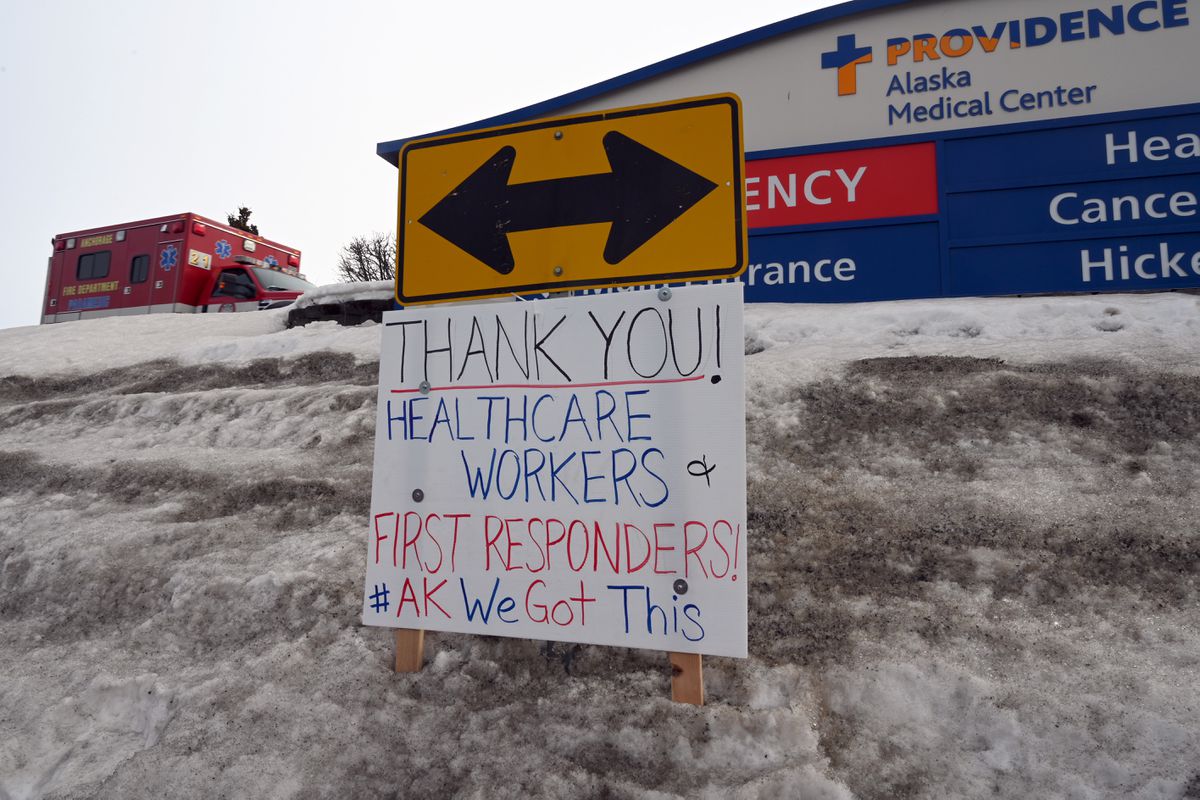 Gov. Mike Dunleavy’s administration on Tuesday amended a health mandate clarifying the non-urgent medical procedures to be postponed or canceled due to the coronavirus outbreak, an extensive list that includes numerous cancer surgeries as well as abortions.

Dunleavy, together with Department of Health and Social Services Commissioner Adam Crum, on Tuesday announced a revision to a March 19 mandate that required health-care providers postpone or cancel “non-urgent or elective” procedures to prevent the spread of COVID-19 and preserve personal protective equipment like masks and gowns.

The state is asking that such procedures be canceled or delayed until June 15 to preserve supplies and extend hospital capacity, Crum said.

The lengthy list ranges from some neurosurgeries, cardiac and cancer procedures that can be delayed for several months to surgical abortions “unless the life or physical health of the mother is endangered by continuation of the pregnancy during the period of postponement.”

The revision is based on non-urgent or elective procedures as defined by the American College of Surgeons, officials said. But guidance from Temple University on the American College of Surgeons’ website explicitly states that pregnancy termination surgeries, whether at the request of a patient or for a medical reason, are procedures “that if significantly delayed could cause significant harm.”

The state’s list of non-urgent procedures precisely mirrors the American College of Surgeons’ recommendations, with two exceptions: the classification of surgical abortions as procedures to be delayed, which runs counter to what is on that organization’s website, and the postponement of circumcisions except for newborns and certain medical reasons. (The American College of Surgeons has not issued any guidance on circumcisions.)

Asked during a news media briefing Tuesday why abortion was included, Crum said the revision gives health-care providers information to make their own decisions using their own “professional judgment."

“This is really across the board for all of these clinics, every health-care provider,” he said.

Alaska now has 213 confirmed positive COVID-19 cases, though it’s unclear just how many Alaskans actually carry the virus. Officials say it’s impossible to test everyone, and an unknown number may be infected but show or feel no symptoms.

There are 10 new cases in the Anchorage municipality and 11 in the Fairbanks area; one new case in Bethel was announced late Monday, the first in the Yukon-Kuskokwim region. The number of Mat-Su cases remained unchanged at four. There are no confirmed cases on the North Slope, in Kotzebue or Nome.

But the number of recovered positive cases also increased, by five to 29 as of Tuesday, according to a state health update. No more Alaskans needed to be hospitalized as of midnight Monday. And the number of Alaskans killed by the virus remains at six, four of them older than 70. At least three contracted the disease in the Lower 48.

Just over 6,913 COVID-19 completed tests have been reported in Alaska since early March, the state says. Of those tests, 3 percent are positive, according to the state’s chief medical officer, Dr. Anne Zink.

Community spread is occurring in various parts of the state, health officials say.

Residents of the Anchorage municipality account for 98 of the confirmed cases, including nine people in the Eagle River area.

Zink said state epidemiologists are “seeing clusters in the Anchorage area” and working with Anchorage municipal counterparts. She didn’t specify geographic locations, but said the clusters make health officers “concerned it’s spreading from people seeing each other, touching surfaces, paying for things” and other mundane actions like punching a PIN into a bank machine.

Another 65 were reported among residents of Fairbanks North Star Borough, considered a COVID-19 hotspot where officials reported virus clusters in the Denali Center and at two practices that share a building.

The state hasn’t been able to identify the source of three cases, City and Borough of Juneau officials said Tuesday.

“Learning that we definitely have community transmission only reinforces the need to assume we are all exposed when around other people, and could be spreading it without knowing we have it,” city manager Rorie Watt said in a statement. “We should all be staying home.”

People who need to go out for groceries or to the pharmacy where it’s hard to maintain a 6-foot separation from others should wear a cloth face covering as advocated by the Centers for Disease Control and Prevention recommended in a state health alert last week.

Zink urged Alaskans to keep following social distancing mandates that ban non-family gatherings, close restaurants to all but takeout and delivery, and allow only essential activities such as grocery shopping or medical visits. The virus and moves to combat its spread are hammering Alaska’s economy, triggering a massive spike in unemployment claims.

“It’s incredibly important you’re staying away from others right now,” she said. Essential workers -- people working in a grocery stores or emergency departments -- need to stay home “if you aren’t feeling well at all, even mild symptoms … because you are going to be exposing other people.”

A statewide hospital association released new data showing how many hospital beds, intensive-care unit beds and ventilators were available across Alaska as of Tuesday.

The Alaska State Hospital and Nursing Home Association has been working with each hospital to obtain a daily count of equipment and room capacity, and is sharing that information with the state, said chief executive Jared Kosin.

As of Tuesday there were 298 adult ventilators in Alaska, 270 of which were available for use, according to the association. There were 179 ICU beds statewide, of which 102 were potentially available for use by COVID-19 patients.

The association also is listing the number of ICU beds and ventilators available in each region of the state. Those numbers include: