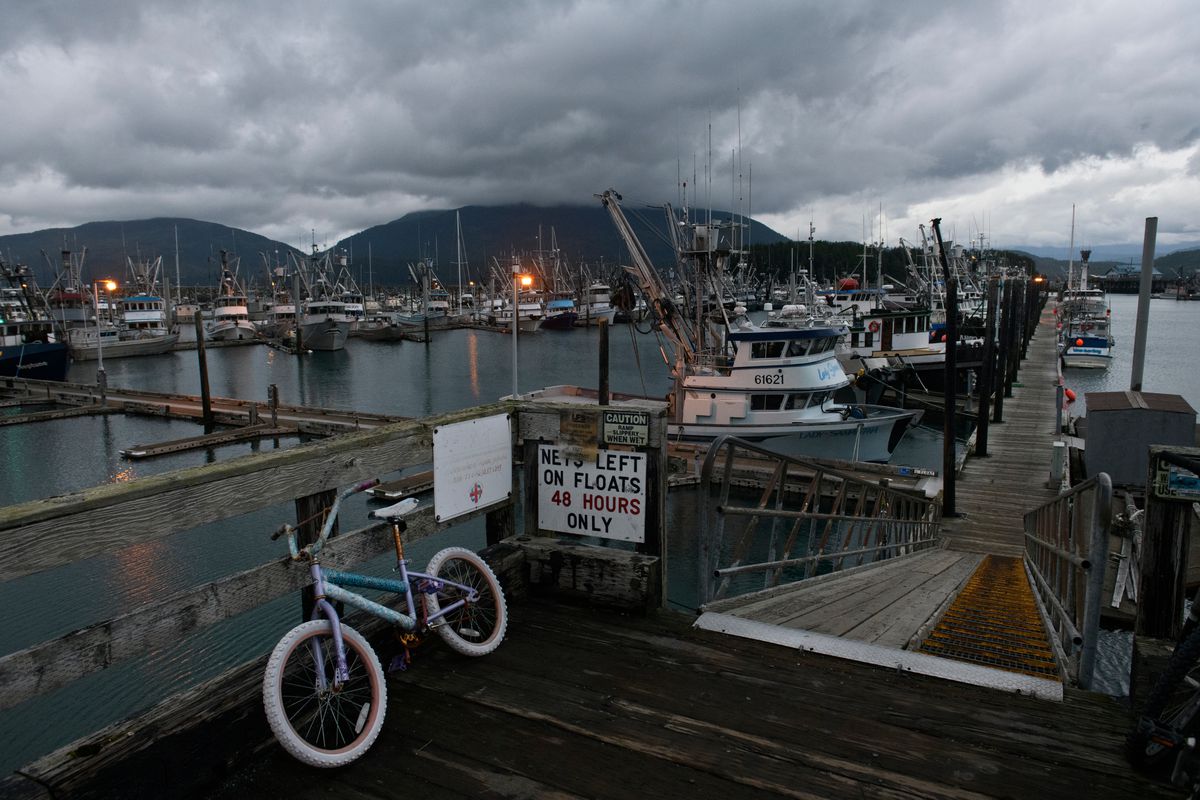 Commercial fishing boats take up much of the Cordova boat harbor on September 17, 2019. (Marc Lester / ADN)

Commercial fishing boats take up much of the Cordova boat harbor on September 17, 2019. (Marc Lester / ADN)

Like other Alaska commercial fishing hubs, the Prince William Sound town of Cordova is wrestling with the question of how — or if — it can safely host its summer salmon fishing season in the shadow of the coronavirus pandemic.

But in Cordova, the timeline for decision making is especially tight: The famous Copper River drift gillnet season, known for prized fish that fetch high prices and high demand across America, is the earliest salmon fishery to start in the state, usually kicking off the first or second week of May.

Thousands of fishermen and processing and support workers are expected to enter Cordova, a community with about 2,500 year-round residents and a hospital without any ICU beds. Some residents have called on officials to restrict travel into town, seeing it as the best way to keep the new coronavirus from spreading.

In Cordova, more than 400 people have signed a petition calling on the mayor, Clay Koplin, to restrict all travel into the town except for medical personnel, law enforcement, child protective services and cargo. A website, Keep Cordova Safe, includes a growing vault of open letters by community members making the case for why Cordova should halt an influx of summer workers.

Testimonials published on the site include one by a Cordova doctor who, in a March 30 letter, cautioned that opening the isolated community to thousands of outsiders would be dangerous.

“I do not believe there is a way to safely triple the size of the population without significant morbidity and mortality to the people in Cordova from the COVID-19 virus,” wrote Hannah Sanders, a local physician.

However Cordova chooses to proceed, coastal Alaska communities will be watching, said Raven Cunningham. Cunningham is a member of the Native Village of Eyak tribal council but was speaking on her own behalf.

“I think we’re the lab rats for the state,” said Cunningham, who was born and raised in Cordova. “Our fishery is the first one. Everyone is looking at us to see what we’re doing.”

The Copper River fishery is managed by the Alaska Department of Fish and Game, and any changes in the season would need to come from the state. The state is requiring any workers arriving in Alaska, including those involved in fisheries, to self-quarantine for 14 days.

Cordova is not alone in questioning the balance of travel for an industry that anchors the local economy with public health. In Bristol Bay, home of the biggest salmon fishery in the state, Dillingham’s mayor and tribal chief have asked the governor to consider canceling the $300 million commercial fishing season this year. A coalition of processors has offered a plan to institute strict controls on their seasonal workers to limit spread of the virus.

Gov. Mike Dunleavy addressed the dilemma of towns like Cordova at a briefing Friday, saying that smaller communities with hospitals present “a bit of an issue because we have to keep those hospitals open and we have to be able to get in and out of these small communities, potentially to use these hospitals.”

”A place like Cordova with their hospital, we still need to get in and out, so it cannot at this stage of the game be closed off, as some may want," Dunleavy said.

He said that the state would continue to talk with smaller communities wanting to enact stricter measures than what is currently in place statewide, to make sure that critical services and infrastructure would remain functional.

The safety of Cordovans is top priority, said Mayor Koplin. Economic considerations are “about fourth on the list in our emergency plan,” he said, behind safety of lives, public health and environmental considerations.

“But that doesn’t mean you throw it out the window,” he said.

Last year, the Prince William Sound-area commercial harvest reached nearly 58 million fish, with a commercial value of $41 million, according to the Alaska Department of Fish and Game. It’s expected that the sky-high $60 per pound prices fresh Copper River salmon has fetched — largely for high-end restaurants — won’t materialize this year because of the coronavirus emergency, and more of the product will be frozen and sold at lower prices.

[For Cordova, a winter without ferry service and heavy questions about the future]

Koplin acknowledged there’s been “different opinions about how to handle" the fishing season. He doesn’t yet see a reason to push for the cancellation of the fishery, or travel restrictions that would effectively cut it off to outside workers.

“But it’s not going to be business as usual,” he said.

“We’re trying to strike a balance,” he said. But ultimately, “we’ll close airports and stop the fishing season in a heartbeat if that’s what will keep people safe,” he said.

Some residents say the solution is to figure out a way to staff the fishery with local workers only. Cordova is unlike many other fishing communities in Alaska in that much of its fleet is locally owned, said Cunningham.

Rallying local residents — many of whom have recently been laid off — to take jobs they might not otherwise for the summer, like working in a processing plant, would allow Cordova to run its fishery without a huge influx of people traveling into the town, Cunningham said.

“I am all for there being a commercial fishing season. But I am also all for — it can be done safely with the people who are here,” said Luke Borer, who was born in Cordova and owns a tourism business in the area.

A local fishing organization didn’t respond to requests for comment.

Copper River Seafoods, an Alaska-owned processor that operates in Cordova, says it is making — and re-making — plans for how to staff its canneries, said marketing director Jim Kostka. Hiring locally is a goal.

“I think it’s safe to say, Mother Nature is still on track to deliver the best wild and sustainable seafood the world has to offer. It’s coming,” he said. “Now the question is how businesses are going to adapt to change their business plan to be responsible in regard to health.”

There are other ways to tweak the season to make it safer, Cunningham said: Opening it up to shorter hours and more days of the week, to allow smaller amounts of workers to do the processing.

Cordovans are resilient people, Cunningham said. Generations of her family have lived in the town, and each one has experienced a tragedy. She thinks people will work together to figure out a way — fast — to make the summer as safe as possible.

“I believe the virus will get here somehow, and if we focus on how to find the path of least destruction, that’s what’s going to save our community.”