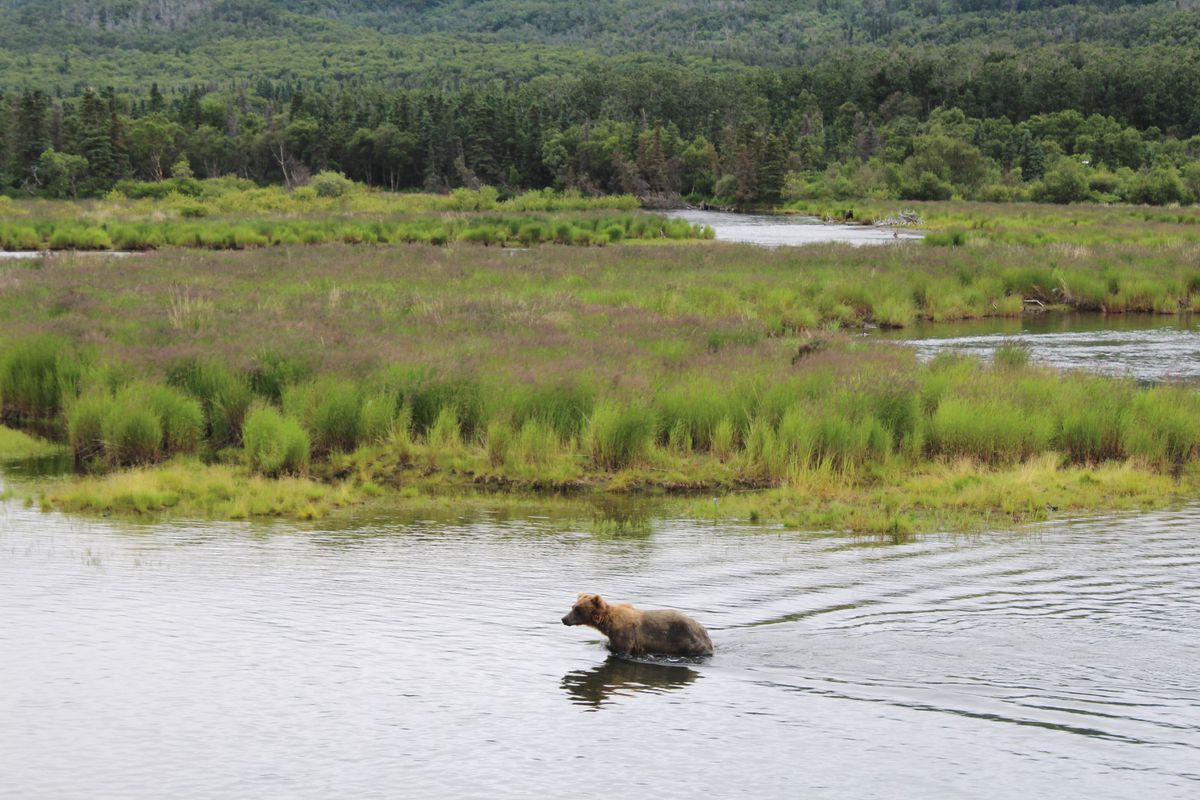 The most popular portion of Katmai National Park and Preserve will close temporarily following reports of COVID-19 in park workers, according to officials.

Beginning Monday, the Brooks Camp Developed Area will only be open to residents and authorized people, according to a statement from the National Park Service. The area is a popular destination, with visitors especially drawn to watch brown bears feast on salmon in the Brooks River. It’s the only section of the park with services, said Amber Kraft, interpretation and education program manager at the park.

The temporary closure extends until Aug. 10, when officials will reevaluate the situation, according to park officials.

“We have every hope that we will be able to reopen at that time,” Kraft said.

“The closure is in response to a request from local health officials after multiple positive cases of COVID-19 having been detected in the park’s residential community,” the park service said in a written statement. Kraft said the virus was contracted by several park workers, although it was not immediately clear how many people may be affected. The park is working with health officials to conduct contact tracing, she said.

“Everyone is feeling well and no one is showing symptoms,” Kraft said. “We are looking forward to reopening on August 10th.”

The park closed campgrounds for the season on July 17 to mitigate the risk of COVID-19, but other portions of the Brooks Camp area remained open for day use. The campground does not have designated camping spots, but instead would limit the daily number of campers to 60, according to the website.

The restrictions have significantly dropped visitor numbers this year, Kraft said. Alaska has seen a sharp increase in COVID-19 cases throughout the last month.

Katmai, located on the Alaska Peninsula, is well-known for its population of brown bears. Webcams showing the bears in the park -- in particular at Brooks Falls, where the bears gorge on salmon -- have gained a global internet audience.