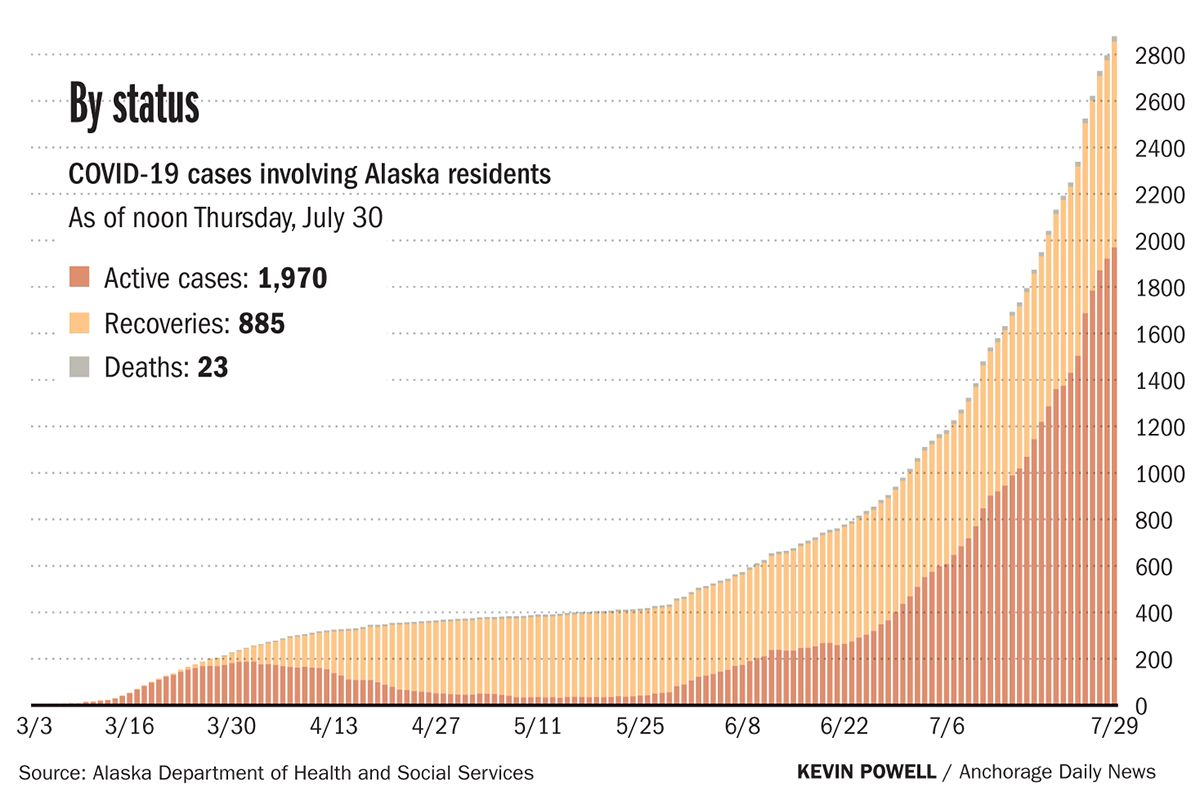 A resident of Anchorage is the 23rd Alaskan with COVID-19 to die since the pandemic began, the state reported Tuesday as virus cases continue to surge around the state.

The person who died was a man in his 60s with a history of underlying medical issues, according to Elizabeth Manning, a communications manager with the state health department.

Alaska on Tuesday reported 84 new cases among Alaskans and 36 cases among nonresidents, leading to an overall total of 2,489 active cases statewide as of Thursday.

In a call with reporters on Thursday, state health officials urged people who show symptoms and are waiting for a test result to isolate at home. And those who test positive for the illness should isolate until they’re better and have been cleared by public health workers.

If a person spends 15 minutes or more with someone else who ends up testing positive — including the two days before someone shows symptoms or tests positive — they must quarantine for two weeks, and a testing strategy can’t shorten that, Dr. Anne Zink, the state’s chief medical officer, said during the call.

“We really need people to minimize the risk of transmission during that time,” Zink said.

Six Fairbanks residents and two nonresidents tested positive, as did a resident of a smaller community within the Fairbanks North Star Borough.

In the Kenai Peninsula Borough, Seward saw 23 nonresident cases while Soldotna had four new cases among residents plus one involving a nonresident, and one Kenai resident tested positive.

In Juneau, two residents and four nonresidents tested positive. The state also reported one case each among residents of Kodiak, Craig, Utqiagvik, Unalaska and smaller communities in the Bethel Census Area and the combined Yakutat and Hoonah-Angoon region.

There were also four cases among nonresidents in unknown areas, state data showed.