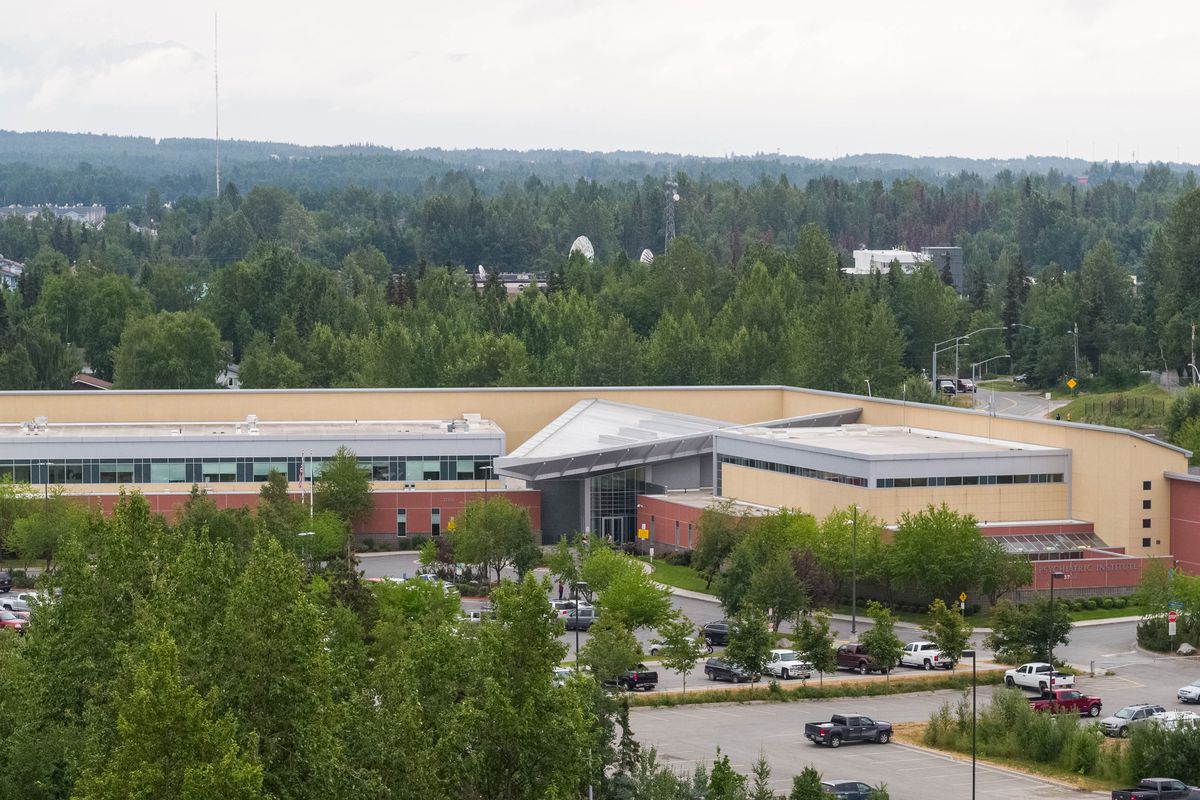 Amid the ongoing coronavirus pandemic, the Alaska Psychiatric Institute quietly ended its contentious contract with Wellpath at the end of June.

Wellpath’s departure came 18 months and $12.5 million after the state first hired the Tennessee-based company to stabilize Alaska’s sole psychiatric hospital, which in the beginning of 2019 was mired in deep dysfunction and dangling from a regulatory cliff that threatened to cut off major federal funding sources.

The Department of Health and Social Services decided to end the contract with Wellpath “as the need for...services decreased,” spokesman Clint Bennett said in an email.

“We are grateful for their partnership professionalism and expertise in helping stabilize API,” he wrote.

Officials say API has made progress. But the hospital is still functioning with far fewer patients than the already modest 80 it is designed for, and now contending with operating during a pandemic.

During the pandemic, API has largely faded from public discussion, said Randall Burns, who worked as the CEO of API and later as the Director of the Division of Behavioral Health before resigning in 2018.

“I understand that the pandemic requires real focus on COVID-19,” said Burns. “But it does not change the need for behavioral health treatment. And those with chronic mental illness have not gone away.”

Alaska’s initial contract with Wellpath in February of 2019 had two phases: The first paid Wellpath $1 million per month to stabilize API on an emergency basis. The second, long-term phase would have paid Wellpath $43 million per year to operate the hospital at its full 80-bed capacity.

The plan met backlash from critics of Wellpath’s roots in the private prison industry and scrutiny over the no-bid contract that led to the initial deal. The state pulled back, cancelling the long-term, no-bid contract and progressively decreasing the contract from $1 million monthly to $700,000 monthly and finally to $200,000 per month in the final quarter.

So what did the $12.25 million the state paid Wellpath over the course of the 18-month contract pay for?

The DHSS touts “great strides over the past year in improving the quality of patient care, filling key vacant positions,” at API. Officials also say Wellpath helped the hospital keep its accreditation from the Joint Commission, and crucial and once-threatened certification from the federal Centers for Medicaid and Medicare. They also point to a new eight-week training internship for nursing graduates, a way to tackle stubborn staffing problems, and a modest decrease in staff turnover — from 29 to 24 percent — as accomplishments.

Today, the hospital has approximately 260 filled staff positions, according to DHSS. Last week, it had 50 patients.

That’s maximum capacity right now, with 50 of the hospital’s 80 beds open, fewer beds than were operating two years ago. That’s partly because of the need to distance patients during the coronavirus pandemic, the state says.

Waitlists and lag times still exist for people needing psychiatric help to get into API.

At first, as the pandemic began in the spring, fewer patients showed up seeking care in the Providence Alaska Medical Center psychiatric emergency room, said spokesman Mikal Canfield. The numbers ticked up again in July. Wait times for a spot at API have “generally decreased” since January, Canfield said.

At Alaska Regional Hospital, fewer patients came to the ER in need of psychiatric care in February and March.

The numbers were back to normal by May, said spokeswoman Kjerstin Lastufka.

Recently, during each 24 hour shift there’s “between 6-8 patients in need of behavioral health services holding in our ER, waiting to be transferred for admission to API” or other specialized care, she said.

It’s not exactly clear how long the wait is to get a bed at API. The state’s online tracking bed tool, which published the number of patients occupying beds at hospitals including API, was taken offline this spring.

The state says it relied on data that wasn’t always accurate, and the department plans to put the tool back online.

An ongoing lawsuit filed by the Disability Law Center of Alaska and the Public Defender Agency seeking to halt long emergency room and jail detentions for psychiatric patients awaiting a spot at API is in “active settlement negotiations,” according to the state.

Mark Regan, an attorney for the Disability Law Center, said he has been watching the hospital closely. It seems somewhat more stable than it once was, but many of the systematic problems that make API the overburdened crux of a fragile system remain.

One bit of hope is continued discussion over the possibility of bringing a system to Alaska called Crisis Now, in which people in mental health distress could be diverted to centers that would offer rapid treatment and help rather than a resource-heavy hospitalization.

“It would involve a different way to get into the mental health care system that would be less institutional and bureaucratic,” Regan said. “From our perspective, that would be a good thing.”