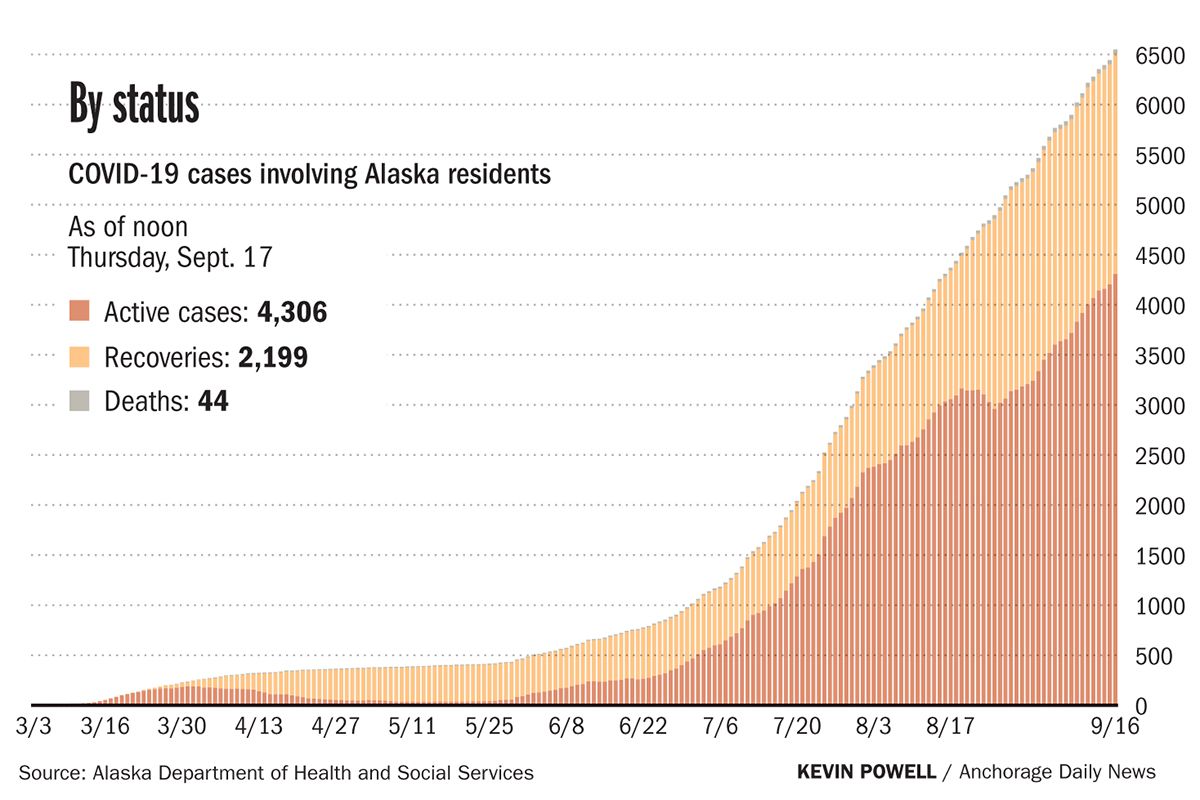 Previously, the state’s modeling predicted a decrease in cases, but that has since changed and it’s now projecting an increase going forward, health officials wrote in a weekly summary of cases.

There were no new deaths reported Thursday. In total, 44 Alaskans with COVID-19 have died. The state continues to have one of the lowest death rates in the country.

On Thursday, state health officials announced that a third resident of the Anchorage Pioneer Home who had tested positive for COVID-19 had died recently. The six state-run Pioneer Homes have gone two weeks without new cases of the virus among staff and residents, according to an update from the state health department.

Among communities smaller than 1,000 not identified to protect confidentiality, there was one in the Nome Census Area and four in the Northwest Arctic Borough.

Of the four nonresident cases, one was in the combined Yakutat and Hoonah-Angoon region; one was in Kotzebue; one was in Utqiagvik and one was in Prudhoe Bay.

The state’s testing positivity rate as of Thursday was 2.37% over a seven-day rolling average.