Did 5 people really die from COVID-19 vaccines in Alaska? No, state officials say. None did. 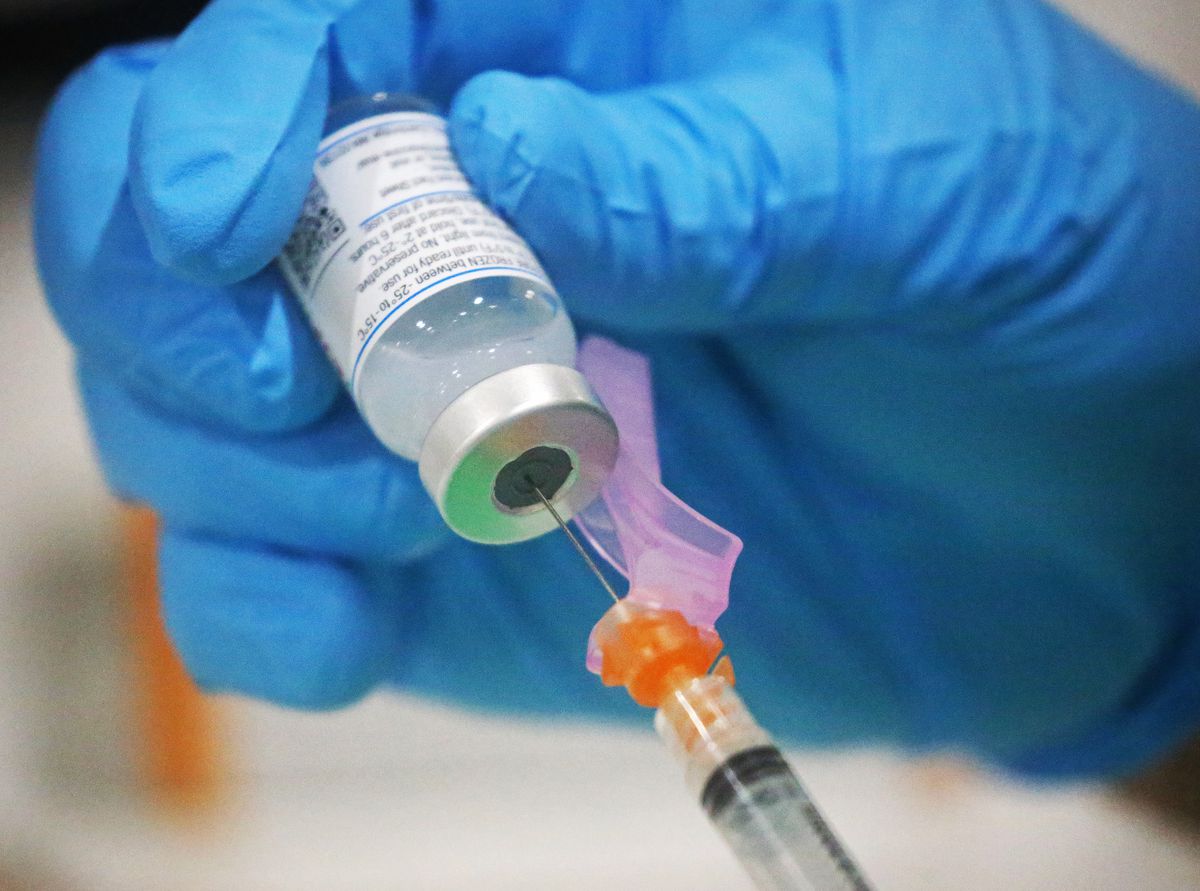 State health officials debunked some COVID-19 vaccination claims after a misleading description of vaccine reactions among Alaskans spread across social media this week.

On Wednesday, the day after the Alaska Watchman published a piece with the headline, “At least five Alaskans died and 111 suffered adverse reactions after COVID vaccines,” the state’s top doctor made it clear that no Alaskans — in fact, no one in the U.S. — have died because they got vaccinated.

“The CDC came out very clearly this week and said that there have been no reported deaths that they have attributed to the vaccine,” the state’s chief medical officer, Dr. Anne Zink, said on a call with the public Wednesday.

Zink said she had been getting more questions about vaccine safety but did not specifically reference the Watchman piece.

The piece, which Facebook marked as missing context and potentially misleading, was based on data shared with the public via the Vaccine Adverse Event Reporting System, where providers and patients can report reactions. The VAERS site specifically warns against using the data to determine if a vaccine caused or contributed to a reaction: “The reports may contain information that is incomplete, inaccurate, coincidental, or unverifiable.”

Five Alaskans between the ages of 73 and 100 did die after they got at least one dose of vaccine.

All five had numerous pre-existing health conditions. Three deaths were specifically not linked to vaccinations, according to provider notes. Data for two other cases did not specify. None of the five cases included any information linking the death to the vaccine.

None of those deaths were caused by vaccine itself, according to Pollyanna Stewart, who coordinates the VAERS program for the state of Alaska.

For example, one 80-year-old man received both doses of vaccine with no adverse effects, according to a report submitted by his caregiver in VAERS. He died three days later from chronic respiratory failure and congestive heart failure after contracting pneumonia.

“We were told to report his death to VAERS even though his death was anticipated and not related to his vaccination,” a note in the report said.

The system is open to everyone — anyone can log in and post on it. So some adverse events will have several people report them while others will have none, Dr. Liz Ohlsen, a staff physician with DHSS, said on a call with reporters Thursday. The system “can be a collection of expected side effects and unusual things that happened after vaccination, but they aren’t necessarily related to the vaccine,” she said.

The U.S. Centers for Disease Control and Prevention has asked for reports of all deaths, regardless of when they occur after someone is vaccinated, Stewart said. Federal officials will ask for medical records, review them and investigate what happened if they determine it’s necessary.

“By chance alone, you’re going to have people who are vaccinated yesterday who died today because they have underlying medical conditions,” state epidemiologist Dr. Joe McLaughlin said Wednesday.

The take-home message, according to McLaughlin, is the CDC wants more information, even if a provider doesn’t think a reaction is directly related to the vaccine.

“They say please just put it in anyway, and our investigators will follow up as necessary,” McLaughlin said.

Between mid-December and late January, there were 111 reports of some kind of adverse reaction added into the system, though the descriptions range in severity including multiple that reported a sore arm, which officials say is a normal and expected side effect of the vaccine. Other reactions reported into the system included some related to anxiety and some that included trips to the emergency room for treatment.

Just because a reaction is listed in the public database doesn’t necessarily mean it’s a confirmed reaction, said Stewart, with the state’s immunization program.

“VAERS collects all reports without editing or filtration and does not check the information before publishing it to the website, so information about states may not be reliable and duplicates may occur, which can influence the number of events reported in a state’s total,” state health department spokesman Clinton Bennett said in an email.

State health officials aren’t notified of all vaccine adverse reactions by federal authorities, Bennett said. However, since vaccinations began in December, federal health officials have notified Alaska’s health department about two cases of anaphylaxis (a serious allergic reaction) out of the 129,941 doses of vaccine administered, he wrote.

During the first days of the state’s vaccine rollout, two serious adverse reactions among Alaska health care workers made national news. Both workers, one in Fairbanks and the other in Juneau, continued to encourage others to get the vaccine even after their reactions and were reported to be doing well afterward.

Over a nine-day period in December, the most serious reaction to vaccine — an anaphylactic reaction that can involve narrowed airways, a week pulse and skin rash — occurred among 21 people after administration of nearly 1.9 million doses of the Pfizer vaccine, according to the CDC. Nearly three-quarters of those reactions happened within 15 minutes of vaccination.

The possibility of an adverse reaction prompted state health officials to require a 15-minute post-vaccine monitoring period for most people and a 30-minute period for those with a history of allergic reaction.

By Thursday afternoon, the Alaska Watchman piece had been viewed more than 14,100 times and was being shared widely on social media.

The Alaska Watchman, a self-described “pro-life pro-family news website,” was founded in 2019, and editor-in-chief Joel Davidson authored the vaccination article. Davidson, a Palmer resident, was a former reporter for the Mat-Su Valley Frontiersman and later served as editor of Catholic Anchor.