She got COVID-19, got vaccinated - and then got COVID again 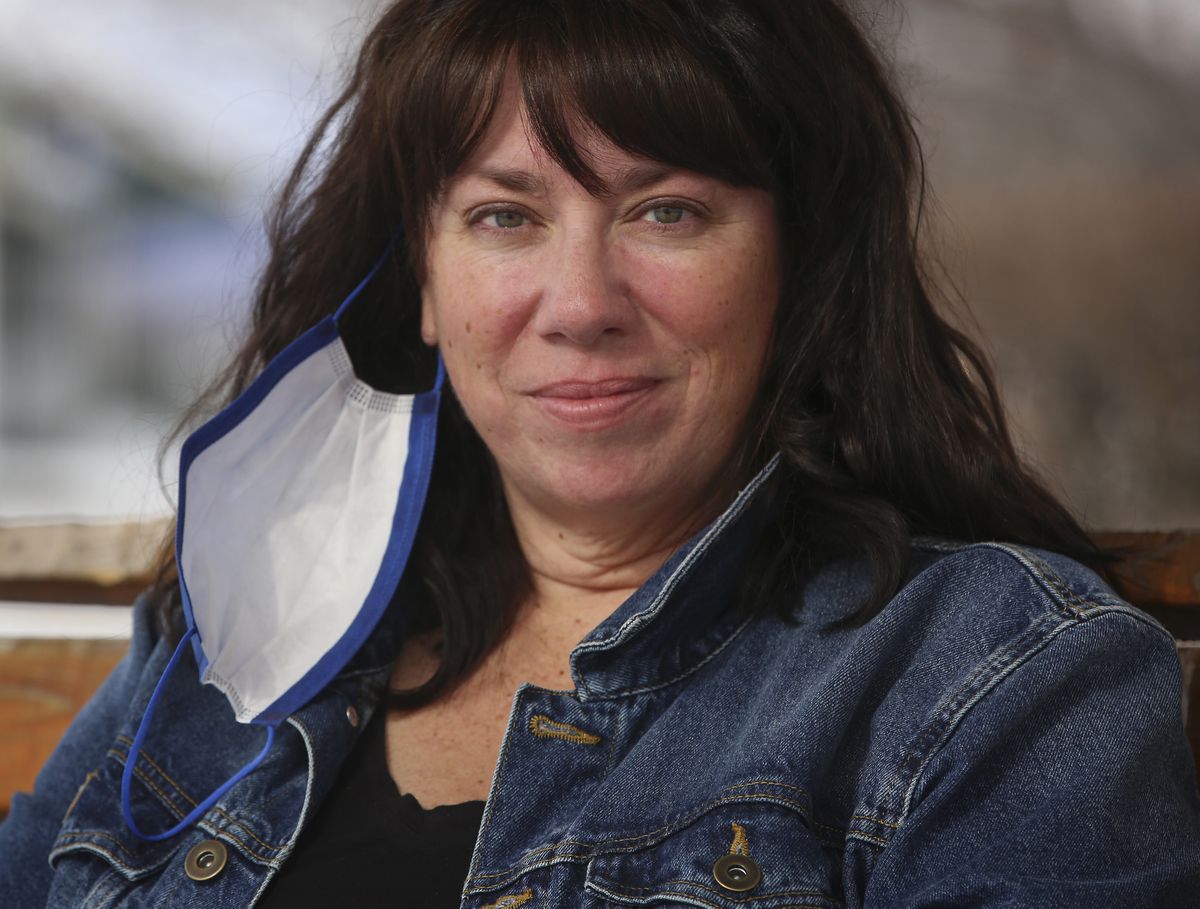 Kim Akers at the pavilion in Palmer on Wednesday, April 7, 2021. Akers has contracted COVID-19 twice. In March, she tested positive for the second time, although she had been fully vaccinated. (Emily Mesner / ADN)

Kim Akers at the pavilion in Palmer on Wednesday, April 7, 2021. Akers has contracted COVID-19 twice. In March, she tested positive for the second time, although she had been fully vaccinated. (Emily Mesner / ADN)

PALMER — Kim Akers is an Alaska coronavirus rarity: one of a relative few to test positive for COVID-19 after getting vaccinated.

Akers is even more unusual. She contracted the virus twice.

As of last week, 177 Alaskans had reported testing positive for the virus after getting fully vaccinated, according to the Alaska Department of Health and Social Services. That’s less than 1% of the people who have completed their vaccine cycle.

Only about a dozen of the so-called “breakthrough” patients like Akers tested positive two times, according to health department spokesman Clinton Bennett.

Vaccines are not 100% effective in preventing infection, health officials say, so a small percentage of fully vaccinated people can be expected to still get COVID-19.

These breakthrough cases exemplify yet another example of personal decisions this pandemic is prompting as people weigh the risk of getting the virus with the desire to get back to normal after more than a year.

Her great-aunt, who lives in Washington state, got vaccinated and was ready to hit the casinos in her area. She thought she was safe.

“My mom told her about me and she changed her mind,” the 50-year-old from Palmer said. “It’s not time to go back to normal yet. We’re not at herd immunity. That’s why I did this.”

Cases of vaccine breakthrough are being reported around the country.

Of the 177 breakthrough infections in Alaska as of this week, one person has required hospitalization and no one has died, according to Bennett. State health officials this week said a majority of breakthrough cases were asymptomatic. They’re trying to figure why each person was tested, however.

In Washington state, health officials last week reported 100 breakthrough infections since Feb. 1, including eight people sick enough to be hospitalized. Two deaths were reported in that group, though officials say both patients were over 80 and suffered underlying health issues.

In Michigan, the state this week reported 246 fully vaccinated people got COVID-19 between January and March, according to the Detroit Free Press. At least 11 were hospitalized and three died.

No one is suggesting vaccines can prevent all cases.

Multiple reports from countries including Israel and Britain have suggested the real world efficacy of the mRNA COVID-19 vaccines is very close to the 95% efficacy found in earlier clinical trials.

“When you compare that to the flu vaccine, that’s more like 50, 60 percent, sometimes even lower on kind of a poor match year,” Dr. Coleman Cutchins, a state pharmacist, said during a media briefing Wednesday. “Ninety-five percent, it’s a pretty darn effective vaccine.”

The efficacy numbers suggest vaccinated people would get COVID-19 at 5% the infection rate of unvaccinated people, provided they have similar immune systems and behaviors.

The recent case reports of COVID-19 infections among fully vaccinated people in Alaska, Michigan and Washington seem to roughly track with those rates.

Akers first caught COVID-19 in December, when she experienced an unusually intense headache plus symptoms of a bad cold including body aches.

She got her COVID-19 shot in early March. As someone with an underlying health condition, she figured it was better to err on the side of caution even though she’d already had the virus. Medical experts say vaccines can provide more protection than natural antibodies generated by infection.

Akers got the one-dose Johnson & Johnson vaccine on March 5. And then, given the combination of that shot and her prior infection, she figured she was good to go.

Later in March, when she was considered fully protected more than two weeks after her shot, she headed out for a cabin weekend at Lake Louise with family and friends.

The fatigue, nausea and chest congestion didn’t register at first.

“I still didn’t believe anything was wrong,” Akers said this week. “I told my family I want to go home. ‘Not to worry -- it’s not COVID.’ I said that.”

She made the 2 1/2 hour drive back to Palmer with her sons. Then the massive headache hit.

Akers said she got tested for COVID-19 just as a precaution but still didn’t think she had the virus.

“I didn’t believe at that moment that it was it until I got home and thought about my symptoms and realized this headache is what I remember,” she said. “Then I lost my taste and my smell.”

Akers tested positive. Again. She spent three days with a constant headache. Her senses of taste and smell have yet to return but she’s otherwise recovered.

Officials in Alaska are looking closely into the breakthrough cases through genomic sequencing to see if variants are involved.

As of this week, the public health lab had analyzed about 40% of the reported breakthrough cases and only about 14% of have been successfully sequenced to determine the type of variant, with another dozen still pending, Bennett said. Many specimens don’t have enough RNA to do that.

Nothing compelling is surfacing, he wrote, “which makes it difficult to determine if there are specific viruses that are evading immunity or the person’s immune system (is) not adequately responding to vaccination.”

Breakthrough infections as established by rapid ID Now tests can’t be sequenced, so those samples need to be recollected, health officials say. Providers can ask for sequencing at the public health labs by using a state request form and indicating a likely breakthrough case.

The state plans to release more information about breakthrough cases in an upcoming bulletin.

“It would be great if it completely protected you,” she said, but that’s not what vaccine is supposed to do. “It’s to keep you out of the hospital and prevent death and hopefully lessen your symptoms.”