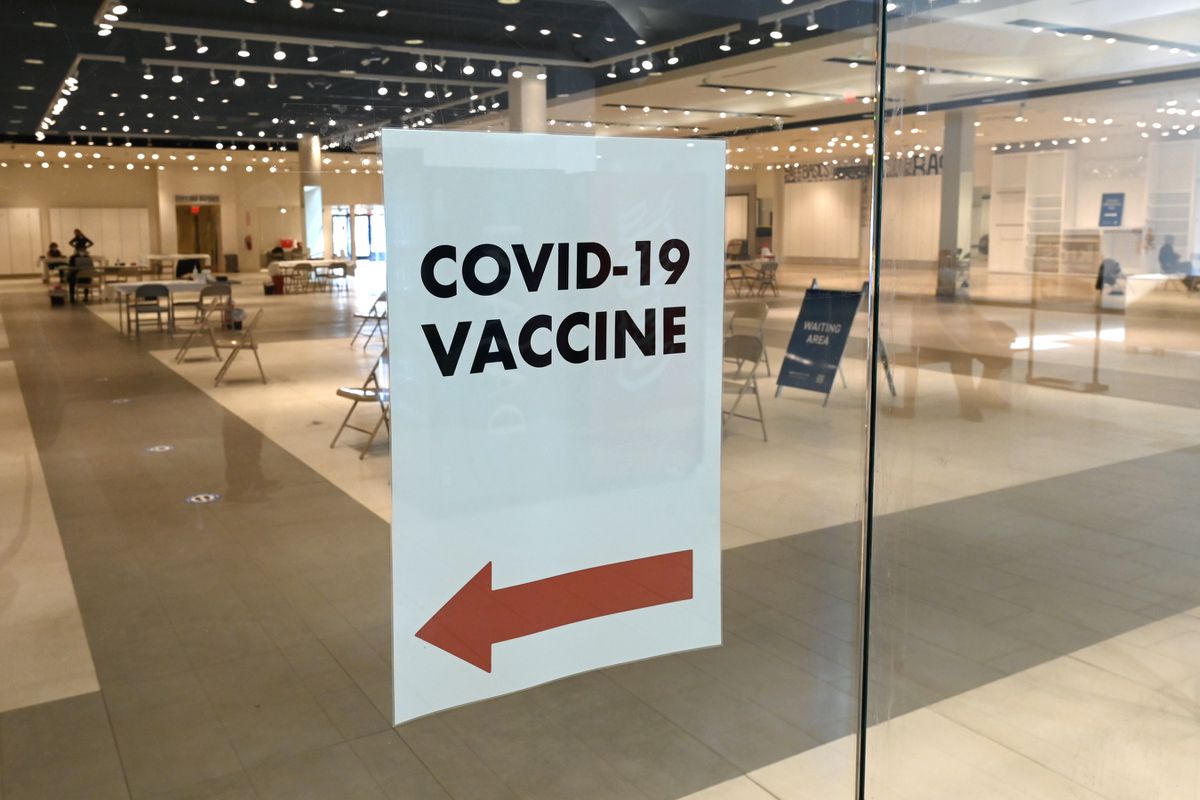 Although only about 43% of eligible Alaskans are fully vaccinated against COVID-19, state data shows that the pace of vaccinations in Alaska has slowed significantly in recent weeks.

The decline is part of a national trend: The seven-day average for vaccines administered in the U.S. fell by about 14% last week compared to the week before, according to data from the U.S. Centers for Disease Control and Prevention.

But in Alaska — and locally in Anchorage — the decline was even more significant. According to data on the state’s vaccine dashboard, there was close to a 50% decrease in the average daily vaccines administered in the state between last week and the week before. Anchorage data also showed a similar drop in vaccinations over the same timeframe.

It can take up to two weeks for providers to record vaccinations, so the actual number of doses is likely higher than what the dashboard is displaying currently, health officials noted.

But even taking that data delay into account, both the local and state health departments say they are seeing a slowdown in vaccinations.

“We are seeing a bigger decrease in the number of first doses compared to second doses,” said Chelsea Ward-Waller, a spokesperson for the Anchorage Health Department. And while it’s good to see people coming in for their second shots, she said, “we also need to reach people who have not yet gotten even one shot.”

Christy Lawton, a public health division manager with the Anchorage Health Department, added that in some ways, the lag is not surprising given Alaska’s head start: In March, Alaska became the first state in the country to open up vaccinations to anyone 16 and older — and many tribal health organizations had begun vaccinating entire communities even earlier than that, long before most other states.

“Certainly things are not moving as fast as they were when we first started,” Lawton said. “But Alaska has been able to get so many people vaccinated early, so it does make sense that we’re seeing a bit of a slowdown earlier than other states are,” she said.

Tessa Walker Linderman, the co-lead with Alaska’s vaccine taskforce, said Wednesday that despite the slowdown in vaccinations, the department is “continuing to work hard to reach out to people, and continue vaccinating as many people as possible.”

The state still has a long way to go to reach “herd immunity,” the point at which epidemiologists say a high enough percentage of the population has developed some immunity to the virus that outbreaks would become few and far between, and the pandemic would essentially end.

That would require between 70% and 80% of the total population to be vaccinated. By Wednesday, only a third of all Alaskans — not just those eligible to receive a shot — were considered fully vaccinated.

As vaccinations lag, Alaska’s data is also starting to show a possible link between low vaccination rates and higher case counts, plus more severe cases of the virus.

The two regions of the state with some of the lowest vaccination rates — the Fairbanks North Star Borough and the Matanuska-Susitna Borough — now have the highest case rates in the state and are starting to see hospitalizations creep up, too.

KUAC reported this week that Fairbanks Memorial Hospital recently had 13 COVID-19 patients in its intensive care unit — the most they’d had at one time since January. As of Wednesday, all 14 adult ICU beds available in the Mat-Su were occupied, and 10 hospital patients had confirmed cases of COVID-19, state data showed.

Over half of the cases reported on Tuesday were in Fairbanks — and six out of 13 coronavirus-related deaths reported over the weekend following a standard death certificate review conducted over the past few months involved residents of the Mat-Su Borough.

Alaska’s hospitalizations are still far below the peak seen in the state in late 2020 that sparked concerns about overwhelming hospital capacity. But they are a sign of how the pandemic is evolving — and the role vaccines can play in preventing severe infections.

Just one in three eligible Mat-Su residents, and less than four in 10 eligible Fairbanks residents, have opted to get a single dose of vaccine, well below the state average of 50%.

“This is a preventable disease at this point in many ways, and you can really minimize your risk of becoming severely ill from it by getting vaccinated,” Zink said.

Other regions of the state — particularly rural regions with a strong tribal health presence — have reached especially high vaccination rates, and some Anchorage health officials remain optimistic that high rates of vaccination are achievable in the municipality, too.

In Anchorage, where just over half of all residents have opted to get a vaccine shot, the acting mayor recently set a vaccination goal of 70% of the eligible population. That was the original threshold the city had to clear before lifting pandemic restrictions, but the Anchorage Assembly this week revoked most rules for gatherings and businesses, effective Monday. (The city’s mask requirement remains in place.)

Lawton said that despite a decline in vaccinations, she thinks the municipality is on track to achieve the 70% vaccination goal. “Maybe not as quickly as we would have hoped, but we’re still moving in the right direction,” she said.

To reach its goal, the municipal health department has continued to shift away from larger vaccination clinics to small-scale pop-up clinics where public health nurses go into the community to meet people where they feel most comfortable, Lawton said.

“We really would encourage any municipal business of any size to reach out if you have employees or customers who would like us to come to them, we would like to entertain those requests,” she said.

The municipality has also stood up a hotline that’s staffed by public health professionals and registered nurses who can specifically answer people’s vaccine questions and concerns, Lawton said. That number is 907-531-5100.

Ultimately, getting more people vaccinated will require time and patience, she added.

“Public health broadly and across the country is accustomed to facing challenges of vaccine hesitancy,” she said. “And I think we’re trying to take a supportive approach, and not trying to push people to a decision. And instead, trying to listen to what people’s concerns are.”

Correction: This story has been updated to reflect that to the staff working for Anchorage’s vaccine hotline are public health professionals and registered nurses who are paid workers, not volunteers.