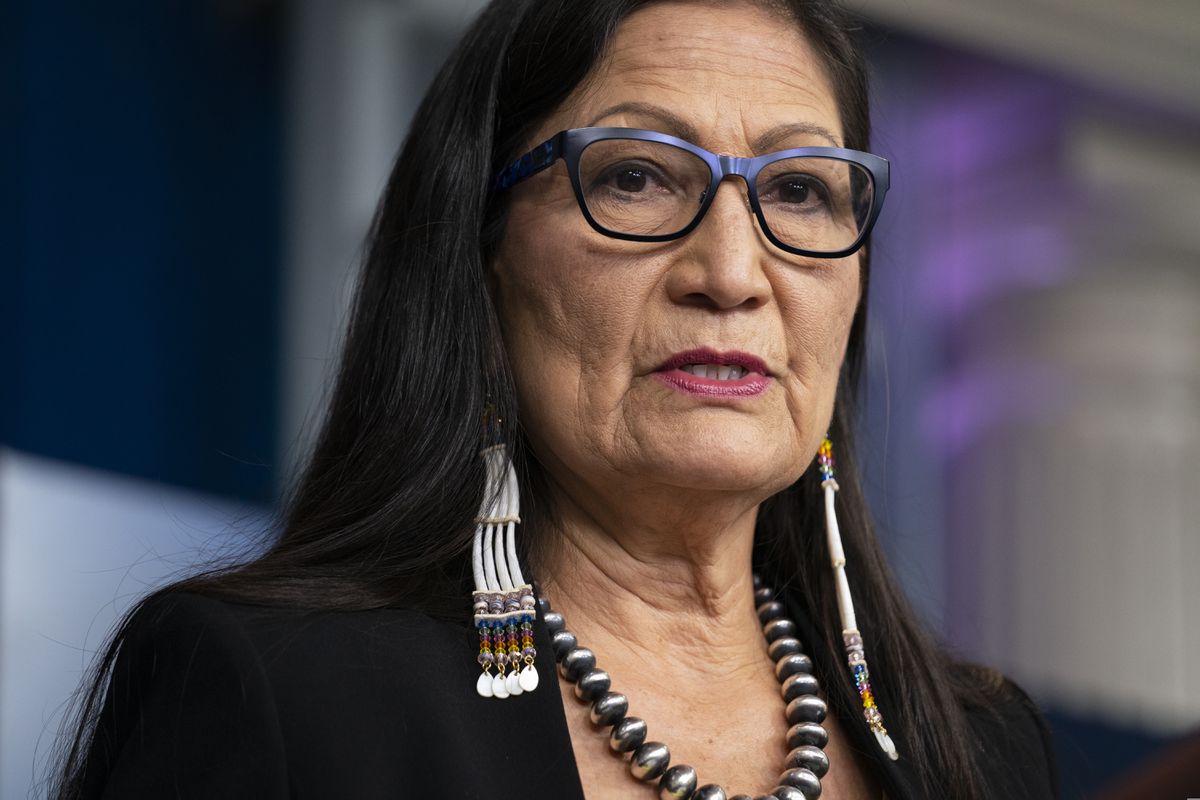 After receiving criticism for potentially delaying the process, the Interior Department on Monday confirmed Alaska Native veterans from the Vietnam era can apply for and receive land allotments of up to 160 acres.

That includes areas of Alaska affected by land orders from the Trump administration that are under review by the Biden administration.

In April, the Interior Department announced it would launch a two-year review of several orders issued in the Trump administration’s final days, which sought to open 28 million acres of land in Alaska to mineral development.

The Trump administration orders encompassed land in many of the areas — including in Western, Southcentral and eastern Alaska — that an estimated 2,000 Vietnam-era Alaska Native veterans could select for allotments under a 2019 law.

That raised questions about whether the award process for the land allotments would be delayed, drawing criticism from Alaska’s all-Republican congressional delegation.

The Interior Department said in a written statement last week that it will accept applications from Native veterans seeking allotments in the area during the review. As an early step in the review, the agency plans to consult Alaska Native tribes and corporations.

A lack of consultation with those organizations was one of the flaws in the process, the agency said.

Interior Secretary Deb Haaland said in a statement that she will not ignore the “right owed” to Alaska Native veterans who served during the Vietnam War era.

“Interior Department personnel are moving forward expeditiously to ensure that Alaska Native Vietnam-era veterans are able to select the land allotments they are owed” from a large selection area, she said.

Tyler Cherry, an Interior spokesman, confirmed on Monday that the allotments can be awarded before the two-year review is complete. Lands are available for selection under the allotment program through December 29, 2025.

The veterans’ claims are expected to amount to only .14% of the land that the Trump administration had proposed for mineral development, the earlier statement said.

“While the Bureau of Land Management reviews the previous administration’s broad Public Lands Orders, the bureau will expedite and process veterans’ allotment applications across the area addressed by those orders,” the agency said in the statement.

[From 2019: Persistence paid off in the fight to give Native veterans another chance to receive land]

Some of the land available for selection is outside of the cultural regions of many Native veterans.