Volunteers count the homeless and offer help in Anchorage 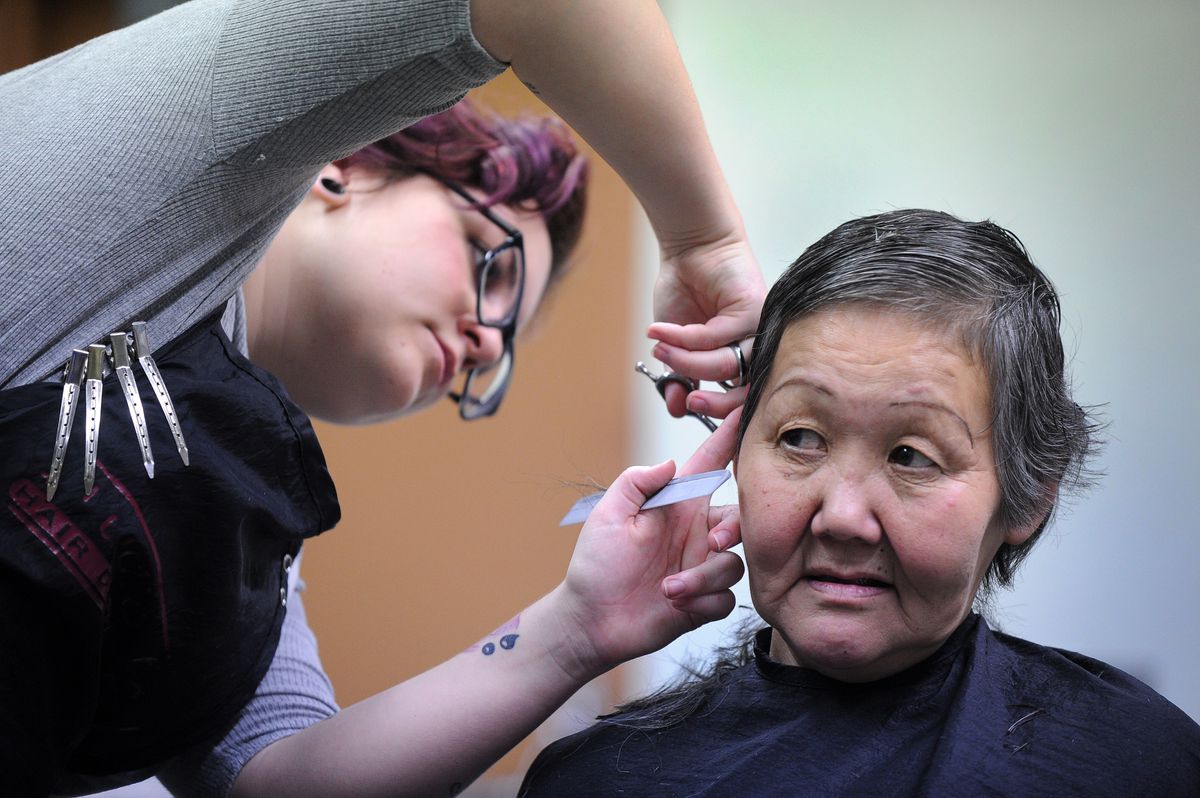 Anchorage homeless coordinators tried something new Wednesday in the city's annual effort to count and offer services to the homeless: volunteers on skis.

At about 4 a.m. Wednesday, two people on cross-country touring skis reported to a section of the Campbell Creek greenbelt near Dimond Boulevard. The volunteers headed northeast to canvass the greenbelt, looking for people who were homeless and camping in the woods, said city homeless coordinator Nancy Burke.

The ski volunteers were participating in the annual "Point-in-Time" homeless count, a national, federally required homeless census that Anchorage and other cities conduct on a single day in late January.

On the same day as the count, the Anchorage Coalition to End Homelessness hosted a service fair at the Egan Civic & Convention Center, offering a wide range of resources, from resume help to haircuts to information about housing and legal aid.

Since he took office in 2015, Mayor Ethan Berkowitz and Burke have focused on getting more volunteers for the homeless count and collecting as much data as possible.

This year, coordinators were talking about other ways to conduct the count, Burke said. The idea of volunteers on skis came up at the last minute, she said. The skiers, recruited the night before the count, were employees of HDR Inc., a consultant on the city's homeless data project.

While the ski volunteers didn't find evidence of homeless camps on the stretch of the trail they patrolled, they found what appeared to be foot paths, Burke said.

"They are making some gear and other recommendations to help us get this part right for future canvasses," Burke said.

Preliminary numbers showed that fewer than 60 people were on the streets or living in camps overall in Anchorage on Wednesday, Burke said. That's a slight decrease from last year's count, when about 70 people were counted on the street. More final numbers will be available next week.

For the summer homeless count, Burke said, there's talk of sending out volunteers on mountain bikes.