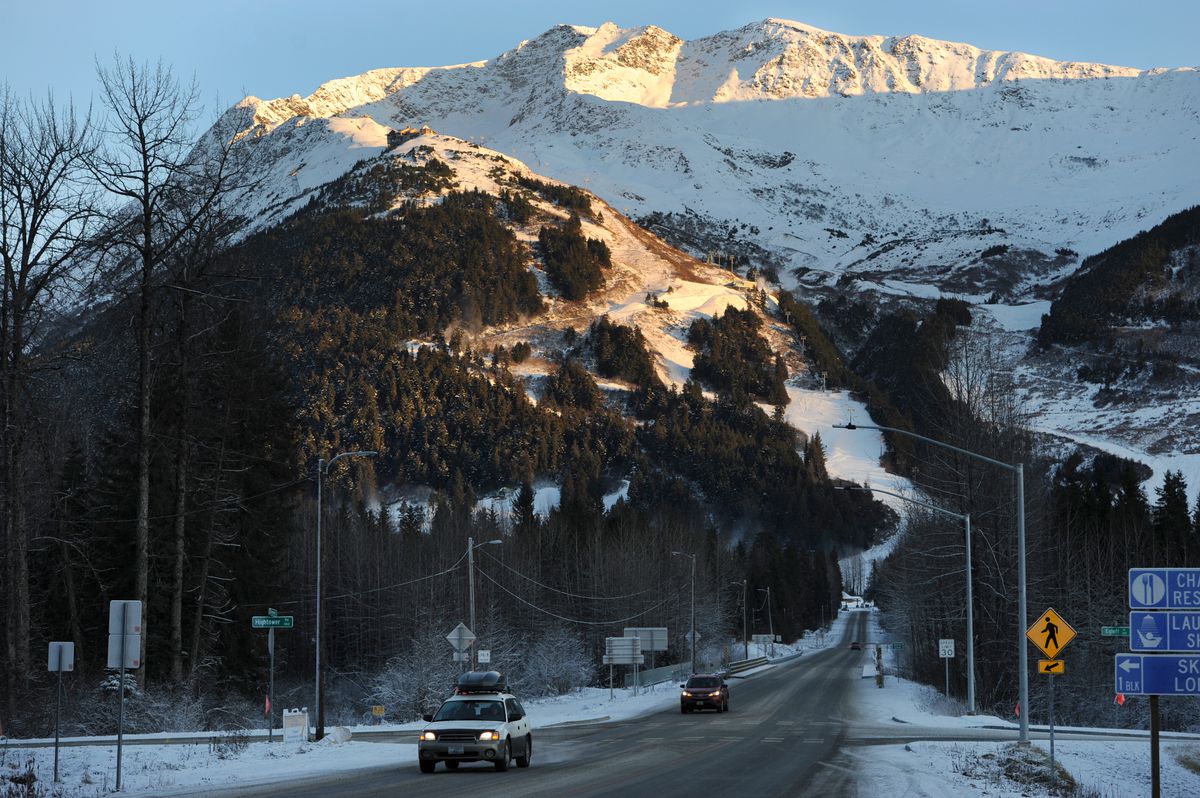 During the April ski-jump-into-water event at Alyeska Resort known as Slush Cup, parked cars sprawled over Girdwood bike paths and choked roads near the resort to a single lane.

People who lived nearby seethed with frustration. But the Whittier Police Department, the agency that Girdwood hired for police patrols, couldn't do anything about it: Ever since a citywide vote in 1997, only Anchorage Police Department officers have the power to write parking tickets outside downtown Anchorage.

But there's now a push to get Girdwood its own parking enforcement power, which, in an oddity of city government and geography, has never really existed.

Officials say the change matters for the few times a year when the ski town of 2,500 floods with people, and when abandoned cars pop up in town.

"I'd like to see them be able to enforce the laws," said Scott Kirk, a Girdwood real estate agent. "People park on the street, or in the bike paths. It's kind of a pain."
Voters in all of Anchorage would have to approve the change.

A quirk of Anchorage's sprawling boundaries, the Girdwood dilemma also is rooted in a reaction to what was seen as overly aggressive enforcement by Anchorage's parking authority in the mid-1990s.

A citizens' rebellion against the Anchorage Parking Authority included two sisters who called themselves "parking fairies"; they dressed up in tutus and put money in meters.

In 1997, voters added a clause to Anchorage's charter, which is like the city's constitution, to give parking ticket power outside downtown "only to employees of the Anchorage Police Department."

In the two decades since, a lot has changed when it comes to policing in Girdwood, about 30 miles south of South Anchorage.

In recent years, the job of calling for tows fell to Tommy O'Malley, a former member of the Girdwood Board of Supervisors. There isn't an impound yard in Girdwood, so the tows have to go back to Anchorage, and O'Malley said he found a company willing to haul the abandoned cars for free.

O'Malley remembers calling for tows on cars that were growing moss. He had close to 110 vehicles moved in five years, he said.

Most appeared to be abandoned. In that time, only four people called to ask where their cars were, O'Malley said.

In 2015, crippled by budget cuts, the troopers announced plans to close their post in Girdwood and largely withdraw from patrolling the Seward Highway. The post closed in 2016.

In April of that year, Girdwood residents narrowly approved taxing themselves about $618,000 annually to contract with the Whittier Police Department for police services. The agreement was significantly less expensive than paying Anchorage's police department.

Girdwood wasn't paying for the troopers before, so it didn't really matter that the troopers couldn't enforce parking laws, said Kyle Kelley, the city liaison to Girdwood and the Board of Supervisors. But he said attitudes have changed since taxes came into the picture.

This year's Slush Cup was "where this thing really came to a head," said David Schofield, the chief of the Whittier Police Department. Homeowners got heated over heavy traffic near Alyeska Resort, and Whittier cops, paid by Girdwood's own residents, couldn't do anything.

"Literally, the streets were just clogged with cars," Schofield said. "There was no enforcement to help people. That whole area just became a parking lot."

After Slush Cup, Schofield and Kelley went to talk to the Anchorage Community Development Authority, the agency that enforces parking laws in downtown Anchorage. Those discussions led to the idea for a charter change, Schofield said.

O'Malley said he isn't entirely on board with the proposal if Girdwood just wants to be able to ticket cars a few times a year.

"It's kind of punitive, as all parking tickets are," O'Malley said.

Sam Daniel, a Girdwood Realtor and member of the Girdwood Board of Supervisors, said he expected enforcement would be gentle at first, with a system of warning tickets. Anchorage visitors shouldn't expect to feel harassed, Daniel said.

Since O'Malley retired from the Board of Supervisors, Kelley has assumed oversight of towing, which he balances with park projects, road projects and staffing the board of supervisors. It isn't his favorite thing. He's found himself chasing the same broken-down trailer around for months.

In the coming weeks, the proposal will have to first clear the Anchorage Assembly before heading to the city ballot.