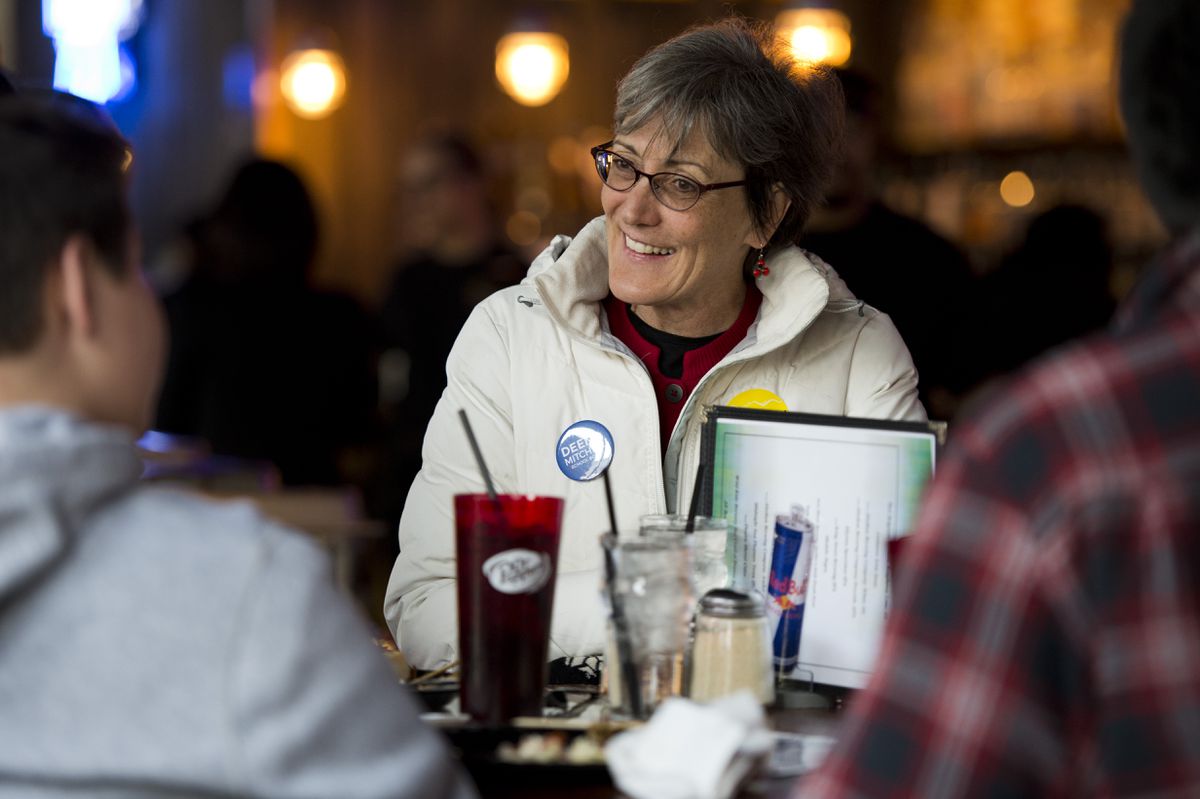 The race for the third Board seat remained close. Alisha Hilde had just 357 more votes than Tasha Hotch.

There were 50,506 ballots counted by Tuesday night. At least an additional 16,000 ballots had been received but not yet counted. An unknown number of ballots were still on the way.

[In early results, high turnout in Anchorage's first vote-by-mail election, with many ballots still to count]

Based on the Tuesday-night count, here's what we know about the School Board races:

"It's exactly what I expected. I expected it to be a very close race," Hilde said. "It was a crowded field."

Hilde and Hotch faced off in a School Board election last year, which Dave Donley ultimately won.

Hotch said she felt really good about the results Tuesday night. She hopes she wins, she said, but she likes Hilde, too.

"I really like her. That's not something every opponent says," Hotch said. "I just feel like, you know, Anchorage can't go wrong."

After Hilde and Hotch, Don Smith, a retired Anchorage business owner, had 18 percent of the vote; David Nees, a retired math teacher, had 16 percent and Ron Stafford, a transportation consultant, had 8 percent.

The winning candidate will fill the School Board seat held by Kathleen Plunkett. This is Plunkett's third term on the Board — the term limit — so she could not seek re-election.

Seat F: Deena Mitchell, a founding member of Great Alaska Schools, had a 70 percent of the vote Tuesday night. Her only competitor, Phil Isley, a mechanic, had 28 percent.

"I feel like I'm probably going to maintain the lead. I feel pretty good about it," Mitchell said in an interview Tuesday, after watching the results come in with her husband, daughter and others who helped with her campaign.

The winning candidate will fill the School Board seat currently held by Tam Agosti-Gisler, who is serving as the Board president. Agosti-Gisler dropped out of this School Board race earlier this year because, she said, she planned to move with her husband to his home country of Switzerland.

Seat G: Incumbent Elisa Snelling, an accountant, led Tuesday night with 57 percent of the votes. Irene Weisman, a stay-at-home mom, had 41 percent. If Snelling wins, she will go on to serve her second term on the School Board.

Snelling said she felt "fairly confident" Tuesday night, "but I want to see the next coupe of rounds come in."

Each winning School Board candidate serves a three-year term on the seven-member governing board of the state's largest school district.