Anchorage’s vote-by-mail election was supposed to boost turnout. It shattered a record. 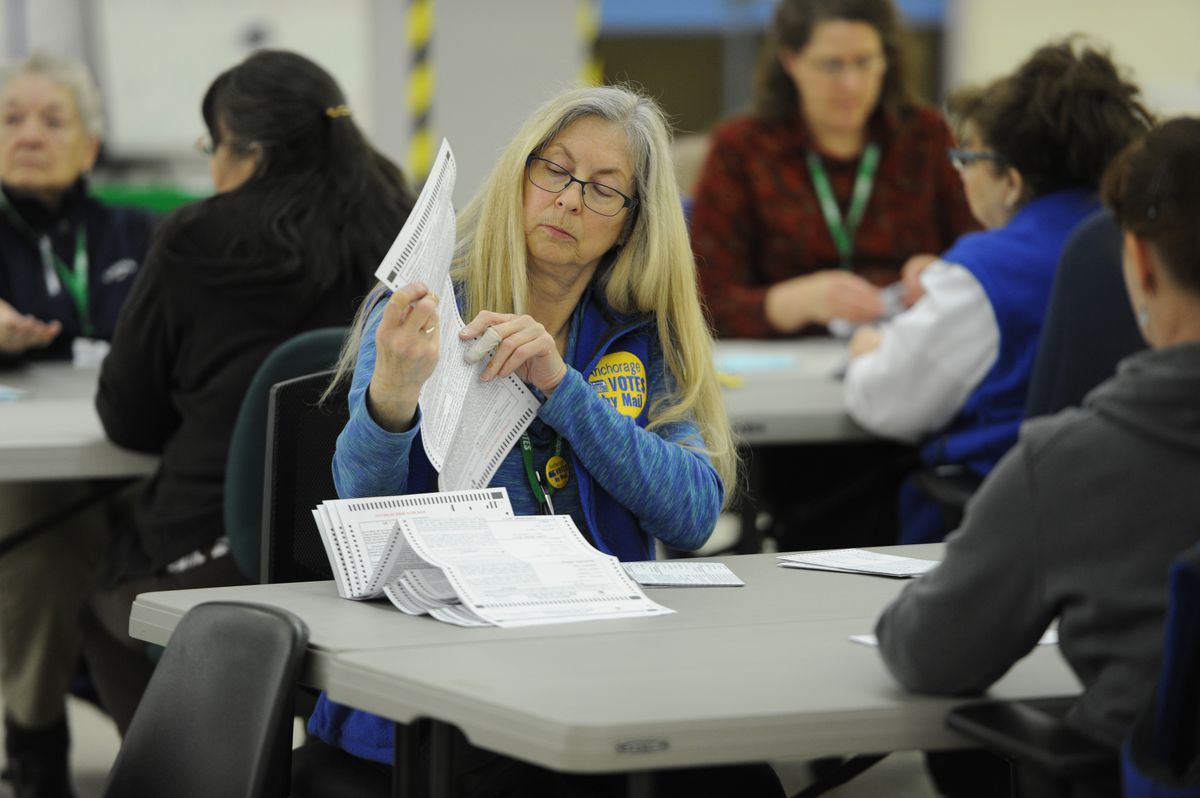 Turnout in Anchorage's first vote-by-mail election was the highest in the city's history, buoyed by a wave of last-minute votes, according to new data released Wednesday.

About 80,000 ballots had been received by elections officials at the end of the day Wednesday. More were still on the way. Until now, the most ballots the city had ever received in a local race was 71,099 votes in 2012.

Election officials and others involved in the shift to vote-by-mail were delighted.

"Alaskans are always late. If we RSVP, we RSVP five minutes before the event," said Stephanie Kesler, a technologist at GCI who has served on the stakeholders committee for two years.

By Wednesday night, officials had counted about 58,000 ballots, with many more still to count. Election results were virtually unchanged from Tuesday night, with Mayor Ethan Berkowitz holding a strong lead in his bid for re-election and voters passing a proposition authorizing the sale of Municipal Light & Power while rejecting a measure to regulate restrooms, locker rooms and other "intimate facilities" on the basis of sex at birth.

The city's population has changed little since 2012.

Officially, there are 218,000 registered voters in Anchorage, putting Wednesday's turnout at 34 percent and growing as more ballots arrive in the mail.

After attempting to contact voters and review voter rolls, elections officials mailed out 194,000 ballot packages on March 13. Officials say the difference in the number of ballots sent out versus the number of people on the registered voter rolls was because of voters who were believed to no longer be in the state or had a non-deliverable address.

After an initial spike several days after ballots were mailed, the rate of ballot returns hit a low point late last week, with the city averaging roughly 4,000 ballots a day, according to data provided by the clerk's office.

But in last weekend before voting ended, the rate of return rose dramatically. Officials collected nearly 10,000 ballots on Monday and more than 13,000 ballots on Tuesday, the last day to vote.

Tom McGrath, a former Spenard business owner who also served on the stakeholders committee, said it was "spectacular" that more people were voting — a key goal of the shift to vote-by-mail.

McGrath said he expected the election would serve as a blueprint for the state, which has been exploring making the change. He predicted turnout would rise over time as voters got used to the mail format.

Even as a vote-by-mail enthusiast, Kesler said she felt bittersweet about the change.

"Do I miss being able to go to the poll and see everybody? Absolutely," Kesler said.

But she said she also liked sitting down, going through the ballot and Googling the candidates and initiatives.