‘Everybody’s got to do what they can’: Anchorage volunteers trim branches along city trail in effort to improve safety 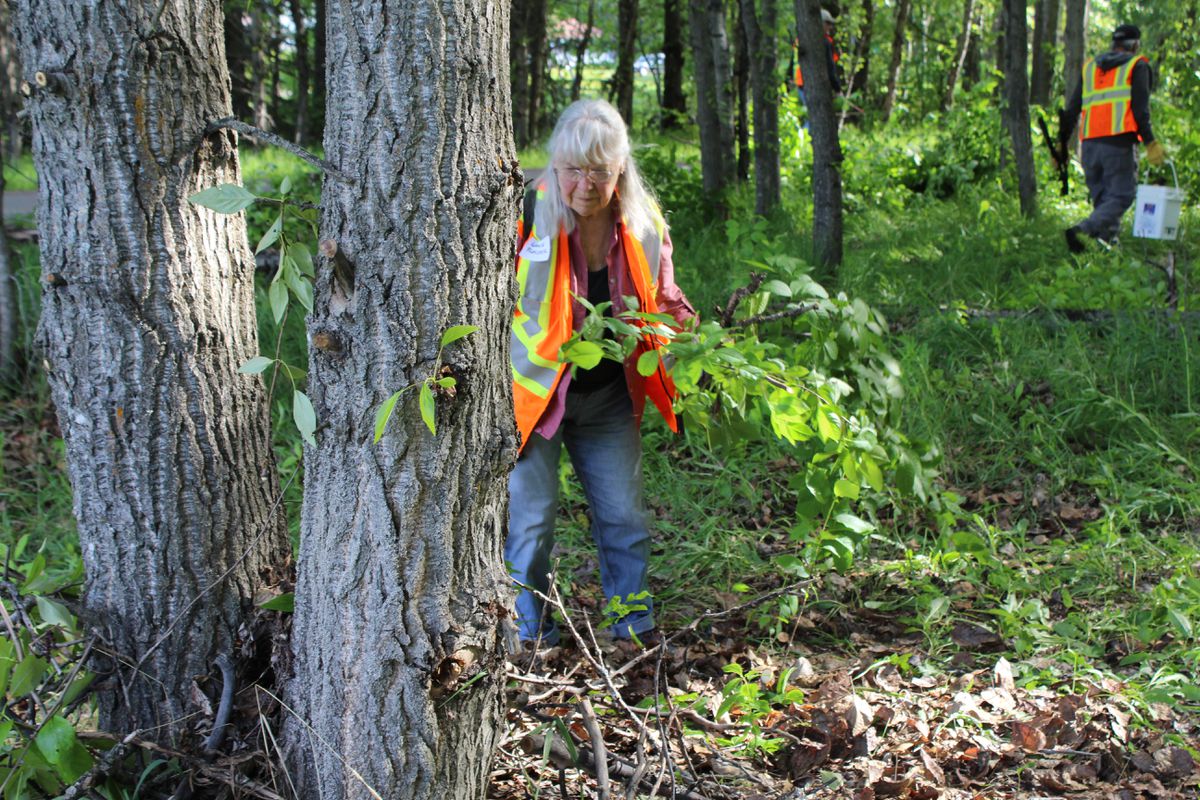 Lanie Fleischer clears brush Saturday from the wooded area off the trail that bears her name. (Tegan Hanlon / ADN)

Lanie Fleischer clears brush Saturday from the wooded area off the trail that bears her name. (Tegan Hanlon / ADN)

She joined about 50 other volunteers who spent hours that day trimming back bushes, tugging out invasive plants and gathering stray tree limbs in an effort to improve visibility and safety along a stretch of the Lanie Fleischer Chester Creek Trail east of the Seward Highway, near where the roadway turns into Ingra Street.

"I'm out here because the trail system is one of our main assets and it needs protection right now," said Fleischer, a longtime parks and trails advocate. "I think it's unacceptable to have people camping in the park lands and I feel unsafe on the trails."

Fleischer and other volunteers said they wanted to clear the brush in the area so trail users could see any wildlife in the wooded areas, and also see any people camping amid the trees. Many said they were simply fed up with the illegal encampments dotting the trail system, and this seemed like something small, yet proactive, that they could do to improve the area.

"There's not much an individual can do, but this is something I can do. It's not secret, we have a homeless problem," said Kirk Hastain. "It's a community issue and everybody's got to do what they can."

The tree-trimming event Saturday was organized by a group called Take Back Our Community, an arm of the Rogers Park Community Council's Crime and Safety Committee. Anchorage's Parks and Recreation Department oversaw the effort.

The department does not have enough staff to routinely maintain the municipality's 250 miles of trails and 223 parks, said Josh Durand, Anchorage Parks superintendent. The staff does deal with problem spots on the trails, such as sharp corners with wild vegetation that limits visibility. But, he said, the department welcomes volunteers who want to help clean up the trails.

"It gets people engaged in their public spaces," he said. "And when you get that engagement, it really makes a difference."