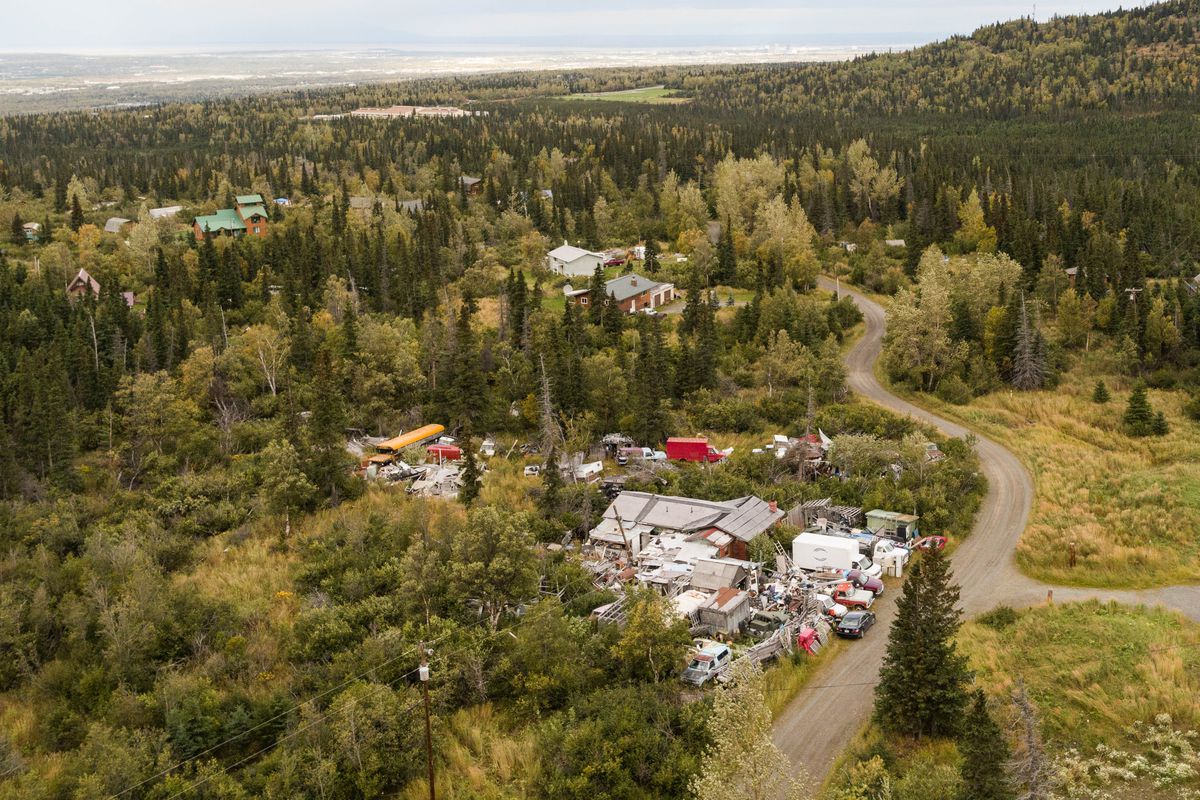 City crews recently excavated hundreds of thousands of pounds of junk from a two-acre Bear Valley property as part of a push by the administration of Anchorage Mayor Ethan Berkowitz to clean up neighborhood blight.

The sweeping action came more than a year after a group of neighbors came to an Anchorage Assembly meeting and pleading that something be done. Behind the pleas was a saga: The city had fined the Francesca Drive property owners more than $300,000 since the early 2000s for operating an illegal junkyard. The owners resisted the fines, calling them excessive and unconstitutional, but the city won the case in Alaska Supreme Court.

Even so, little changed until this year, when Berkowitz administration embarked on a more aggressive, city-led approach to tackling blight. The Anchorage Assembly dedicated $200,000 to the cause this year. In the recently passed budget for next year, Berkowitz inserted another $100,000 for cleanups.

Over a week, crews removed 343 tons of junk, five drums of liquid waste and 21 junk vehicles from around the Bear Valley property, city records show. At one point, junk was piled up so high that there was no clear path to the main building, a green and red ranch-style house. Now the land around the house is clear, though stuff still bulges out of gray sheds on the side.

Frost said the city is exploring its next steps for the property, including foreclosure, to recoup expenses.

This was the second such cleanup under the new program. In early August, crews cleared 63 tons of junk from a nuisance property in South Anchorage. The price tag came out to about $15,000, records show.

Another cleanup was underway this week at a house in Nunaka Valley that is surrounded by junk, Frost said.