Confused by the lease-to-purchase proposition on the Anchorage ballot? Here’s a rundown. 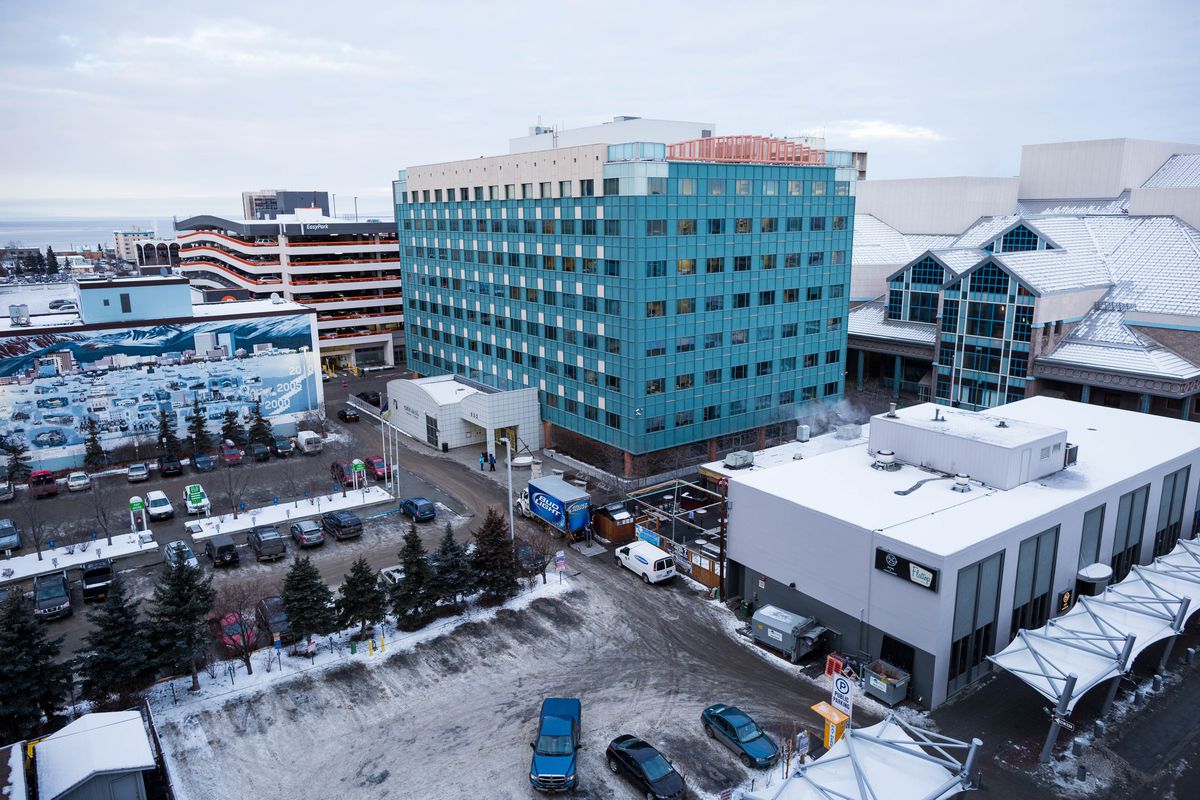 Much of the attention around the local Anchorage ballot this year is on the attention-grabbing alcohol tax and races for Anchorage Assembly and School Board. But there are a few other things in the ballot — including an especially inscrutable proposition about real estate transactions.

Proposition 11, the final measure on the ballot, asks voters a complex question about lease-to-own agreements. The measure would ease up a restrictive city charter rule to make the agreements easier to negotiate.

It stems from the city’s unusual rental relationship with its own City Hall building, officials say. To date, Anchorage has paid more in rent for City Hall than the building is actually worth, according to the administration of Mayor Ethan Berkowitz.

If Prop. 11 passed, city officials would be able to more easily negotiate rent as a credit for future ownership. Right now, the city needs voter approval for such agreements if the value exceeds $1 million.

“I do think we have maybe won the prize for the most wonky proposition of all time,” Falsey said.

[21 questions with this year’s candidates for Anchorage Assembly]

[20 questions with the 2019 candidates for Anchorage School Board]

Prop. 11 could allow the city to attempt renegotiations on two longstanding lease agreements, as well as a new one: the Anchorage Police Department lease of former legislative offices on Fourth Avenue, according to Falsey.

So far, Anchorage taxpayers have paid about $32 million in City Hall rent, according to Falsey. In 2016, the building itself was appraised at $30 million.

By the time the lease expires in spring 2026, the city will have paid an additional $16 million in rent, for a total of about $48 million. Under the lease terms, the city is also on the hook for paying the building’s taxes, insurance and maintenance, and is responsible for fixing anything that breaks.

This isn’t the only major building the city rents now. A similar arrangement is in place for the permit center on Elmore Road. The city owns the land beneath the building, but the building itself is owned by Anchorage Permit & Development Center LLC, a commercial real estate group that includes developers Leonard Hyde and Jonathan Rubini.

The city has paid $33.5 million in rent payments on that building since 2002. The lease expires around the same as the City Hall lease.

In late 2018, the Anchorage Police Department signed a lease for the former legislative office building on Fourth Avenue. That building is currently owned by the Anchorage Community Development Authority, a quasi-public agency. The annual rent is $2.3 million.

According to city charter, the city couldn’t negotiate rent-to-own arrangements on any of the buildings without voter approval. That part of the law dates back to 1975. It wasn’t immediately clear where the $1 million threshold came from: Falsey called that requirement “arbitrary,” adding that the value of $1 million was very different in 1975.

Through Prop. 11, when it comes to “real debt” — agreements that future Assemblies must pay no matter what — then voters must decide, Falsey said.

But the measure also allows the city to move forward without voter approval on lease-to-own arrangements that future Assemblies could later change or stop.

If voters pass Prop. 11, the city would likely try to negotiate a new lease on the Anchorage Police Department headquarters, Falsey said.

He said it could also be possible for the city to enter a lease-to-own agreement on City Hall in 2026.

“We would be open to conversations about whether any of those buildings could now be renegotiated, so some rental payments would be taking an ownership stake,” Falsey said.

In addition to Prop. 11 and Prop. 9, the alcohol tax, Anchorage voters will have to decide on Prop. 10, a question about abandoned vehicles. The Anchorage Daily News reported earlier this year that the city hoped to give code enforcement officers the power to ticket and tow what could be hundreds of abandoned or junk vehicles from city streets. For years, that job has been essentially restricted to Anchorage Police Department employees.

Voting in the local election began the week of March 12. About 15,000 voters had returned ballots as of Monday. Ballots can be mailed or dropped off at secure ballot boxes.

The last day to return a ballot is April 2.