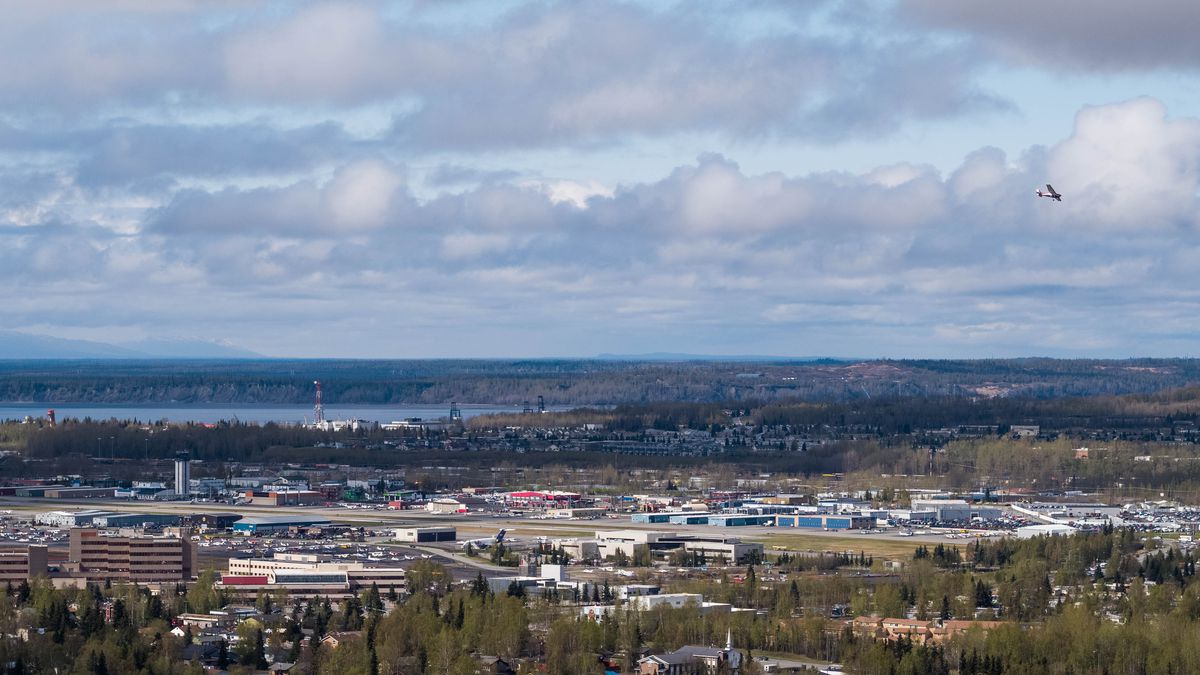 The nearly 90-year-old city-owned airport sits east of downtown, surrounded by neighborhoods and city streets. For about four years, the airport has been spending more than it’s making in order to finish federally-subsidized airport upgrade projects, officials say. A savings account from a land exchange has dried up.

The new airport manager, Ralph Gibbs, proposed asking businesses and pilots to pay higher rates for leases, parking and airplane fuel to make up the difference. He says the airport will also start charging for services it’s provided for free in the past, like document preparation.

Under the plan, the cost of aviation fuel at Merrill Field would rise two cents a gallon; leases would go up four cents per square foot; aircraft parking fees would go up 15%; and long-term vehicle parking rates would rise about 50%, or from $45 to $70 per month. Monthly medevac fees would also rise.

Some business owners, pilots and their friends and families are pushing back on the changes. They say the city should do more to support the airport instead of leaving it to leaseholders. Unlike other airports in the area, Merrill Field operations are not subsidized by local or state tax dollars.

The airport helps drive the Anchorage economy but doesn’t lend itself to high profit margins, some users say.

“There are a lot of people here who are really just everyday folks who fly because they love to fly,” said Andrea Andraschko, an Anchorage business consultant who takes trips out of Merrill Field as a passenger.

Merrill Field is the second-busiest airfield in Alaska behind Ted Stevens Anchorage International Airport, and a hub for pilot and mechanic training. Medevac planes land at Merrill Field and taxi directly to Alaska Regional Hospital, where patients are wheeled into the emergency room.

About 900 aircraft are based there, nine times as many as at Ted Stevens and about 120 more than at Lake Hood, according to Gibbs, the airport manager.

Gibbs, a former Marine Corps flight instructor, started work in September 2018. He said he’d hoped to focus on noise control and making the airport friendly to neighbors. But much of his time, he said in a March interview, has been spent on figuring out finances.

The airport embarked on a series of airport upgrade projects in recent years, bolstered by nearly $5 million from a land exchange with the state of Alaska. The projects included a $1.2 million expansion of the medevac taxiway to Alaska Regional Hospital.

Other projects, subsidized by a flood of Federal Aviation Administration grants that require a local match, dealt with security improvements and flattening out land that sits on an old landfill. Merrill Field shared land with an unsupervised dump until 1952, when the city converted it into a landfill. That landfill closed in 1987, and the city built a new one on the current site in Eagle River. Garbage disintegrates over time and creates bumps that cause problems for airplanes.

Between 2014 and 2019, the FAA invested about $50 million in the airport, which called for an ever-higher match by Merrill Field. But the land exchange money ran out, officials said. The state of Alaska also stopped helping with match funds. In 2017, for the first time in its history, Merrill Field took out a line of credit to keep up with the projects, according to Gibbs.

At the same time, Merrill Field was being asked to pay more for city services, in large part because of the notoriously troubled upgrade of city business software. The software project, SAP, started in 2012 and went online in October 2017, with an overall price tag of more than $80 million. Those costs are being spread citywide, and translate into an extra $100,000 for Merrill Field, said Anchorage city manager Bill Falsey.

“Basically, Merrill Field has been operating in the red for about four years,” said Jamie Patterson-Sims, the chair of the Municipal Airport Advisory Commission and a leaseholder who runs a flight school at Merrill Field. “That’s the big problem right there.”

The airport has two main options for dealing with a $200,000 budget gap, Falsey said: Raise rates and borrow money, or halt projects and refuse FAA grants because the airport can’t afford the local match.

The projects benefit the airport, Falsey said, though some leaseholders aren’t so sure.

Gibbs and Patterson-Sims started holding meetings with leaseholders in November to lay out the financial issues. Those meetings, they say, culminated in April proposals to raise rates and borrow $1.6 million over the next 15 years.

The airport has also had issues with people smashing into security gates and causing damage, Gibbs said. He said the airport has until now been replacing the gates, which cost $3,500, but that leaseholders would now be liable for damage.

Lease and parking rates, which last changed in 2012, are below the pace of inflation, Gibbs said. He said the new rates would still be low enough to remain competitive.

“Other airports are charging less, some of those are subsidized by the state,” Gibbs told Anchorage Assembly members at a recent utilities and enterprise commission meeting. “We are not, we have to break even, which is the driving force behind those numbers.”

At the meeting, Terry Cartee, a flight instructor and member of the Municipal Airport Advisory Commission, warned Assembly members the changes would drive businesses and pilots away.

“These guys don’t have to be at Merrill Field,” Cartee told Assembly members.

Cartee and others say the commission and leaseholders should have more independent oversight and involvement in how the airport spends money, especially on projects. Airport managers currently seek out grant funds for projects.

If the rates change, Merrill Field will cost noticeably more than its closest competitor, Lake Hood. The lowest rate for parking an airplane on wheels at Lake Hood is $55 a month, compared to $60 at Merrill Field. Gibbs has proposed raising the Merrill Field rate to $70 a month.

There’s very low vacancy now at Lake Hood, said Trudy Wassel, the division operations manager for Ted Stevens Anchorage International Airport. The waitlist for floatplanes is about a decade long, and there’s at times a one-to-two-year waitlist for spots for planes on wheels, Wassel said. She said space will be even tighter this year with planned construction.

Right now, there are no official expansion plans for Lake Hood, Wassel said.

If the rate change causes an ‘initial exodus’ of leaseholders or businesses at Merrill Field, Gibbs said during the recent Assembly meeting, he thought he could find others to fill the spots.

Glen Alsworth Sr. owns Lake Clark Air and started flying in the late 1960s. Alsworth said his company can react to lease changes, though it will affect what it can offer customers, he said. His company is small, but adds to the local economy with employees who rent houses and buy groceries, fuel and supplies, he said.

Alsworth has encouraged city officials to give the airport more help.

“(The rate increases are) not wholly unexpected, and it may be warranted,” Alsworth said. “But I haven’t received a real satisfactory answer to why the municipality doesn’t kick in a little to make up the shortfall.”

Another longtime Merrill Field tenant, Mike Spernak of Spernak Air, said the budget problems came as a surprise. He said his business could manage it, even though he’d rather not see rates go up. Spernak said he does not expect to move: His dad started their air taxi business at Merrill Field decades ago, when Fifth Avenue was a forest.

Some leaseholders thought the city should help pay for compacting trash from the old landfill. Others wanted the city to return some property taxes paid by Merrill Field businesses to avoid raising rates.

Falsey, the city manager, said the city doesn’t care that the old landfill is bumpy as long as it’s not causing environmental problems. That’s why that expense falls to Merrill Field, he said.

Property taxes collected from Merrill Field, meanwhile, go forward police, fire and other areawide services, Falsey said. If the city redirected the funds to keeping down lease rates for commercial businesses and private pilots at Merrill Field, the money would still have to come from somewhere, Falsey said.

The Berkowitz administration would rather spend extra dollars on public safety or homelessness, Falsey said.

The Assembly is scheduled to debate the proposal at its meeting on Tuesday.