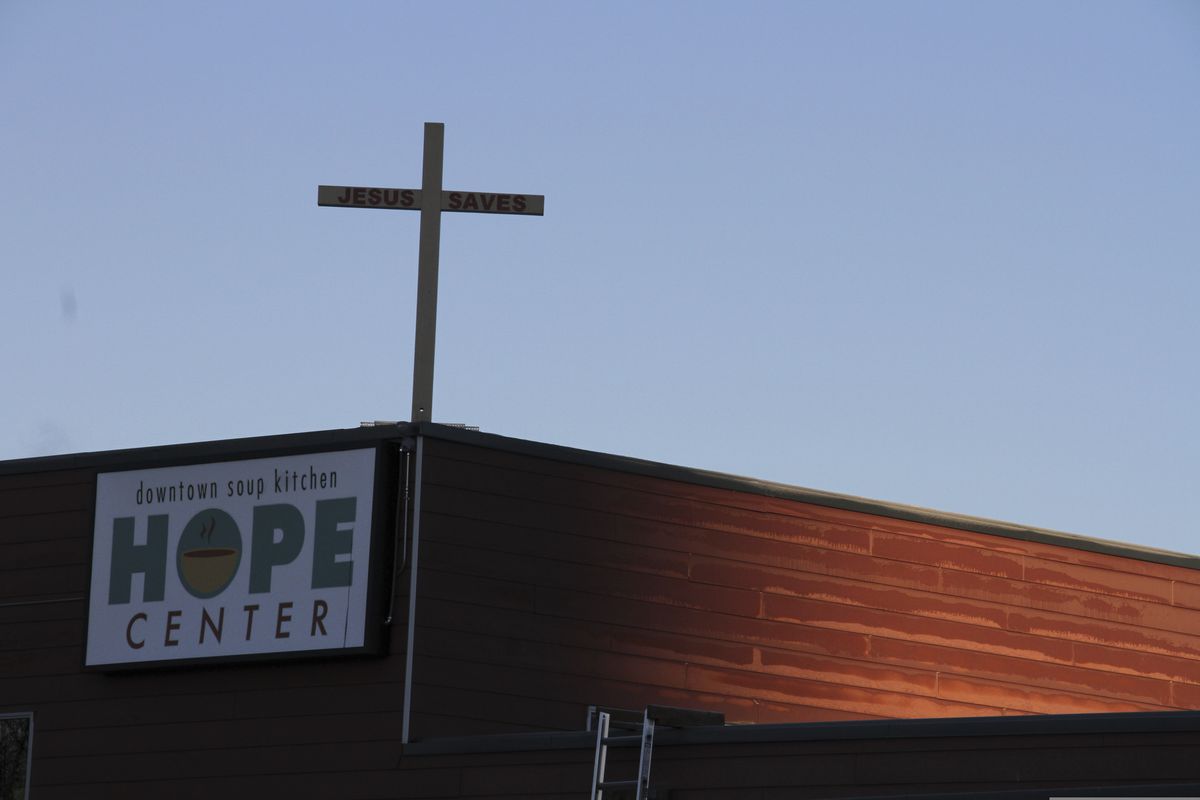 The Municipality of Anchorage will pay $100,001 and allow the Hope Center homeless shelter to forbid transgender women, settling a lawsuit brought by the faith-based Anchorage shelter for women.

The settlement was published Monday and comes a little over a month after U.S. District Court Judge Sharon Gleason issued a preliminary injunction declaring that Anchorage’s anti-discrimination ordinance could not be applied to the shelter as the case moved toward trial in early 2020.

The Hope Center was represented in its lawsuit by the Arizona-based Alliance Defending Freedom, which argues on behalf of religious-liberty cases nationwide. (The Alliance was the organization that represented a Colorado baker in front of the U.S. Supreme Court over the baker’s refusal to make a wedding cake for a same-sex couple.)

"Faith-based nonprofits should be free to serve consistently with their beliefs and mission,” said ADF senior counsel Ryan Tucker, in a written statement published by the organization. “The end of this case means the center can continue its critically needed work to help the vulnerable women it serves and fulfill its duty to do everything it can to protect them.”

Assistant municipal attorney Ryan Stuart said by phone that the municipality settled in part because of the “important guidance” provided by the preliminary injunction and because the municipality wants to refocus its work on homelessness rather than litigation.

Under the terms of the settlement, the Alliance will receive $100,000, and Hope Center will receive $1. The center will also be deemed not a “public accommodation,” and thus not subject to Anchorage municipal code 5.20.050, which states in part that it is unlawful to refuse accommodations on the basis of gender identity.

“It is our understanding that this settlement that we’ve requested with Judge Gleason is a full and final resolution,” Stuart said.

Hope Center’s legal battle with the municipality started in February 2018, when a transgender woman said she had been denied shelter at Hope Center because she is transgender. She filed a complaint with the Anchorage Equal Rights Commission, and the issue quickly drew attention in the weeks before the city’s vote on Proposition 1, an antidiscrimination ordinance covering gender identity.

The commission’s executive director started a second complaint a few months later. Attempts to settle the matter were unsuccessful, and Hope Center filed a lawsuit in August 2018.

The suit alleged the municipality was violating Hope Center’s rights under the U.S. Constitution and state constitution by forcing it to act against its own policies. According to the center’s complaint, “The Hope Center believes that a person’s sex (whether male or female) is an immutable God-given gift and that it is wrong for a person to deny his or her God-given sex.”

Under that belief, the center said it was inappropriate for a shelter that serves battered women to also serve someone who their religious beliefs say is a man.

Issuing her preliminary injunction in favor of Hope Center last month, Judge Gleason did not address the religious-rights arguments of the case but instead turned back to Anchorage code, which includes an exclusion for homeless shelters that could be applied to Hope Center’s case.

Citing that exclusion, she wrote, “Hope Center is thus likely to succeed as to its contention that (the code) does not apply to Hope Center’s homeless shelter.”

Because the exclusion in municipal code applies only to hospitals, convents, monasteries, shelters, asylums and long-term physical or mental care homes, Stuart said it would be accurate to say that the agreement’s broader applicability to other businesses is limited.