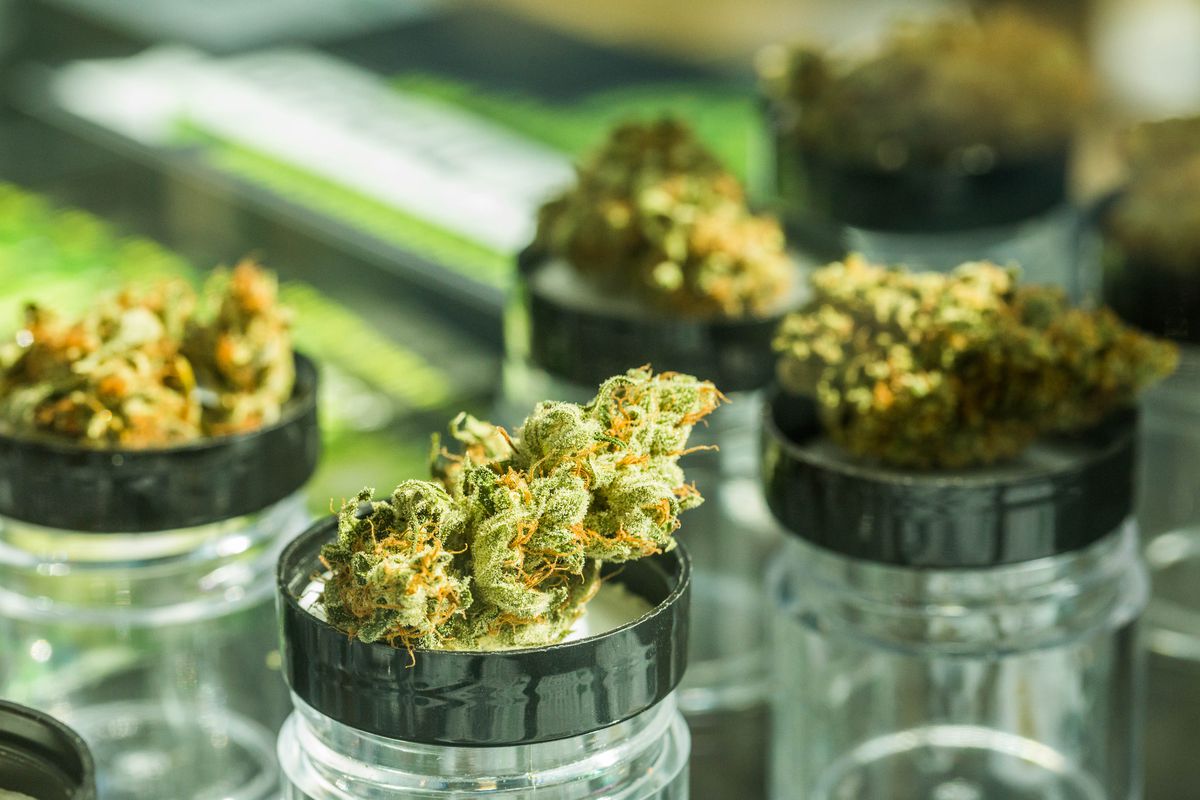 Pro- and anti-marijuana groups have six months to pitch voters on whether Anchorage should take the next step in the legal marijuana world and allow people to smoke pot in retail locations around town.

That comes after the Anchorage Assembly voted 7-4 Tuesday night to send the question to voters. The decision followed months of deliberation on how to handle the idea. The question will be on the April 7 city election ballot.

Marijuana advocates are gearing up for a voter education campaign but are still figuring out what those will look like. Emily Nenon, American Cancer Society Cancer Action Network’s Alaska government relations director, said the ballot measure language is long and complicated. They will decide how to move forward after fully digesting what the assembly passed.

On-site smoking would be heavily regulated. It would take place in an area sequestered from employees and other retail customers, but which is also monitored. Employees would enter the area if there were an emergency.

Voters would have to change the city’s workplace safety code banning indoor smoking, said Economic and Community Development Director Christopher Schutte, but state code already has a carve out for on-site marijuana smoking.

Schutte said the regulations came from changes at the state level earlier this year, but the city looked elsewhere to figure out how exactly to implement the idea. Licensing Clerk Mandy Honest recently got back from a marijuana symposium in Denver, and officials looked at cities in Colorado, California and Oregon to see how they are handling the idea of on-site smoking.

“We are not shy about taking other peoples’ good ideas and improving upon those," he said.

Tuesday’s meeting brought out people on both sides, including former Assemblyman Dick Traini, who was strongly opposed to allowing smoking of any kind indoors.

“I can’t believe you want to do this again, but I imagine chasing the green dollars gets everyone’s attention," he told the Assembly.

Others testified that the regulations would not keep employees and the public safe. There would be health hazards, and even a risk of getting unintentionally high, due to second-hand smoke exposure.

Nenon, from the American Cancer Society Cancer Action Network, testified that a door doesn’t fully stop smoke, and even if you are able to clear the air of visible smoke, cancer-causing particulates can remain.

A report from the American Society of Heating, Refrigerating and Air-Conditioning Engineers shared with the assembly by John Redden of Great Northern Cannabis, Inc., concluded that while ventilation cannot fully mitigate smoke exposure in an isolated room, it can stop second-hand smoke exposure to those outside of the room.

Jake Warden, owner of marijuana-consulting business SWOT Team Solutions, lobbied on behalf of moving the on-site consumption idea forward. He said politicians legalized marijuana and started regulating it without a clear understanding of what they were doing. It’s left the burgeoning marijuana industry in limbo at times, as they wait for further instructions from regulators, he said.

“Give us a framework and let us innovate,” “The businesses will be able to innovate around the regulation. That’s what we’ve been doing.”

Warden previously managed the retail operation at Canabaska. He said on-site consumption will be safer since people will be smoking in a regulated, monitored environment. He suggested retailers partner with rideshare companies to make it easy for smokers to avoid driving high.

During Tuesday’s meeting, several members of the public testified about the impact on locals. With legal weed but no legal places to smoke outside of homes, people are herded into parks to smoke illegally.

“It’s not a good idea to legalize a commodity and then make it really impossible to consume it legally or responsibly," said Jana Weltzin, an attorney in the marijuana industry and board member of the Alaska Marijuana Industry Association.

Weltzin said the policy pushes people to smoke in homes where kids could reside, or in their cars.

But much of the motivation behind on-site smoking is tourism dollars, not the comfort of locals.

Schutte said the city is aware local tourism advocates and marijuana businesses want this, and that was an early driver in the conversation. Tourism group Visit Anchorage said it does not have an official position on on-site smoking.

Warden estimated only a small handful of retail shops will expand for on-site smoking. And if any want to be up and running by tourist season, they might have to start renovations before election day -- something Warden said is unlikely.

“It’s going to be hard for retailers to get fired up — no pun intended — unless they take a gamble,” Schutte said.