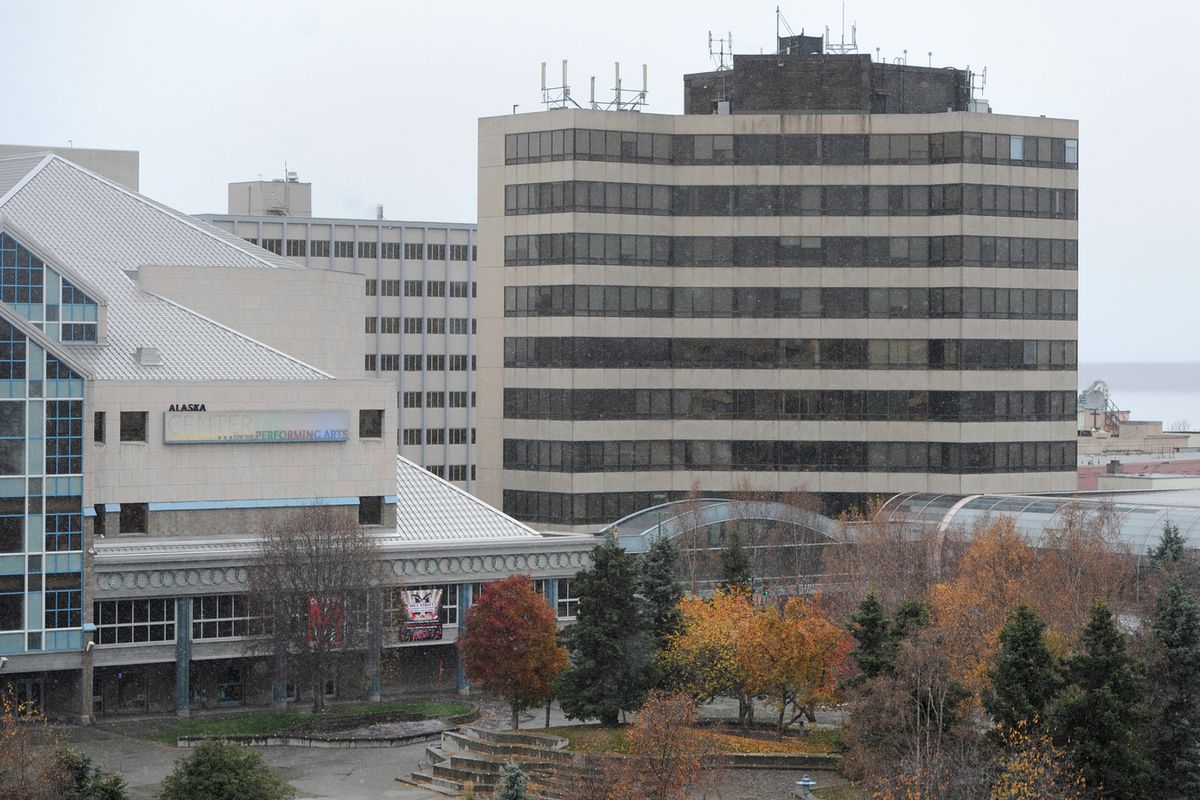 KeyBank has closed its downtown branch due to damage to the nine-story building from the November 2018 7.1 earthquake. (Bill Roth / ADN)

KeyBank has closed its downtown branch due to damage to the nine-story building from the November 2018 7.1 earthquake. (Bill Roth / ADN)

KeyBank vacated its branch in the KeyBank Plaza on Fifth Avenue in downtown Anchorage over the weekend due to safety concerns caused by the 7.1 magnitude earthquake last November. The ATM at the bank is also closed.

The bank closed Friday at 5 p.m. and has not reopened. The bank announced the closure in an alert to the public Tuesday afternoon, asking customers to use other branches.

"We have not taken any steps to determine that yet,” she said.

On Wednesday, a few employees remained in the bank working, though its doors were locked. Construction on the upper floors was ongoing, and the rest of the first-floor space was in a state of renovation.

The building, owned by United Management Group LLC, sustained significant damage in the November quake. A stairwell on the north side of the building was damaged to the extent that it no longer provided a second exit for all but the ground floor of the nine-story building, said Don Hickel, the city of Anchorage’s lead structural inspector.

United Management did not return multiple requests for comment.

Hickel said United Management sent him an email Tuesday informing him that KeyBank, the last remaining tenant, had moved out. Hickel said that makes the building the only commercial property in Anchorage that is fully vacant due to damage from the November earthquake.

More than 750 buildings in Anchorage sustained damage from the earthquake, and several were temporarily vacant. One of the more notable ones was 14-story Westmark hotel at 720 W. Fifth Ave., but business at the hotel has since commenced. Hickel said there are still a handful of buildings where damage has caused them to remain partially closed.

Hickel said engineers reviewing the damage noted the destruction of the staircase. On Jan. 22, the city gave tenants on the second through ninth floors 30 days notice to vacate, and they have been vacant since February.

"Right now in the city’s eyes, KeyBank can legally operate in the space,” Hickel said.

Hickel said United Management has not told the city about the safety concerns relayed to KeyBank.

United Management was approved for a permit to renovate bathrooms in the second through ninth floors in December, and in August pulled a permit to modernize two elevators. It applied for a permit to reconstruct the north stairwell on July 31, but that process has been slowed due to other renovations.

Hickel said the building owners are going to be doing exterior work as well, which will change the seismic load. The city can’t approve a permit for the stairwell until it has all the information on the other renovations, which it expects to get from building owners in November.