Interest in Anchorage’s mystery sound grows, but the cause remains elusive 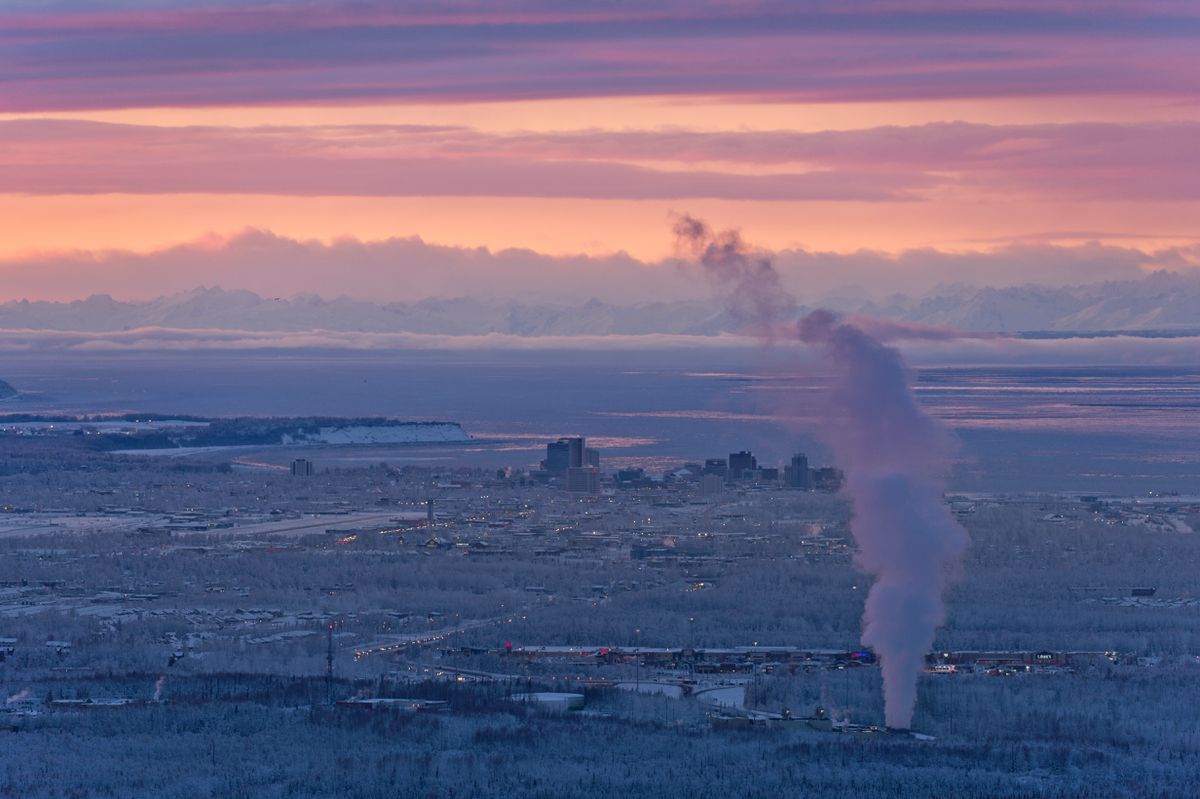 The sunset creates a colorful view of Anchorage in this perspective from Arctic Valley Road on January 14, 2020. (Marc Lester / ADN)

The sunset creates a colorful view of Anchorage in this perspective from Arctic Valley Road on January 14, 2020. (Marc Lester / ADN)

Is it the end of days? A geological phenomenon? Or just a rogue snow plow? The case of a peculiar sound in Anchorage has captured the attention of many locals-turned-internet-sleuths, who are taking to social media to discuss just what, exactly, is making that noise.

A week after the Daily News ran a story about a mysterious “groaning” noise, there’s still no solid explanation for what’s causing it. But the mystery of the sound snared the attention of an eclectic group: those wanting to believe the sound was caused by something paranormal, those insisting on a logical explanation and those consumed by the fun of the unknown.

Readers sent the Daily News dozens of emails proffering explanations. And a local Facebook page dedicated to sharing reports of the sound and attempting to ferret out its origin saw its following triple.

Much of the interest was spurred by a video Anchorage resident Melissa Thompson recorded and posted to Facebook. After Thompson’s post, people around Anchorage and beyond flooded the local Facebook page to share information.

Kristi Rathbun told members of the group she has heard it in Eagle River for years.

“Always sounds like it’s coming from the direction of the Eagle River Visitors Center,” she wrote on the Facebook page. “Usually hear it during the winter but have heard it once in the spring.”

Howe runs the website and YouTube channel “Earthfiles,” where her 132,000 subscribers tune in to her weekly show where she weighs in on various mysteries. On Wednesday night, Howe dedicated about half-hour of her show to the unexplained sound — the segment starts at about the 18-minute mark. A day later, the episode had almost 24,000 views.

Some locals took to social media in an attempt to crowdsource locations, dates and times when they are hearing the sound.

There’s also an effort to install audio sensors throughout town to find the sound’s location.

Kurt Riemann, a forensic audio engineer in Anchorage, took Thompson’s recording and isolated the sound from other background noises. In his audio file, the noise sounds six times, playing several distinct tones, ranging from a high G to a low C-sharp.

Riemann recognized a tritone, otherwise known as the “Devil’s Interval,” he said on social media.

Travis Neff posted on the Facebook page to solicit audiophiles to set up microphones around town to try to capture the sound. He was inspired by Riemann’s work and wanted to compare recordings.

“If I went out with a vuvuzela, up in the Glen Alps into a little ridge, it would sound exactly like that. The chance to be fraudulent about that is so high,” he said. “All I want to see is a duplicate recording of that, to make sure it’s not just one person hearing one distinct thing.”

Neff thinks it’s probably military equipment, but he also thinks trying to figure out an unsolved mystery is fun.

“We live in a realm and in a world that gravitates us so quickly to a yes or no, black or white kind of response,” he said. “There’s so few places where there is mystery and uncertainty in a healthy way.”

• A snow plow: “I stepped out my door which faces Lake Hood Drive and watched it drive up to the Northern Lights Intersection and stop,” Gregory Hunt emailed. “Confirmed!”

• Cold and warm air mixing in the clouds

• Sounds from outer space: “I have my own theory that it could be quite possible that the human species is evolving and that is why we are beginning to hear sounds from space, maybe from other planets as they pass our orbit (and that is why it’s not continual.)” said Heather Kahler on Facebook. Kahler lives in Oklahoma, where she hears the noise, and recently joined the Anchorage sky trumpets Facebook page.

• Someone playing a musical instrument, poorly

• Ice moving through the sewage system

• A front-loader: “I found it! It was a huge front end bucket loader being used as a grader to clean the MCA church parking lot,” William Richards said in an email. “I was going to go over and say something to the driver, but it never came to that. Someone else must’ve complained, because they haven’t done it since.”

• The opening of the seven seals as outlined in the Bible’s Book of Revelation. The six tones in Thompson’s video of the sound means the sixth seal has been opened.