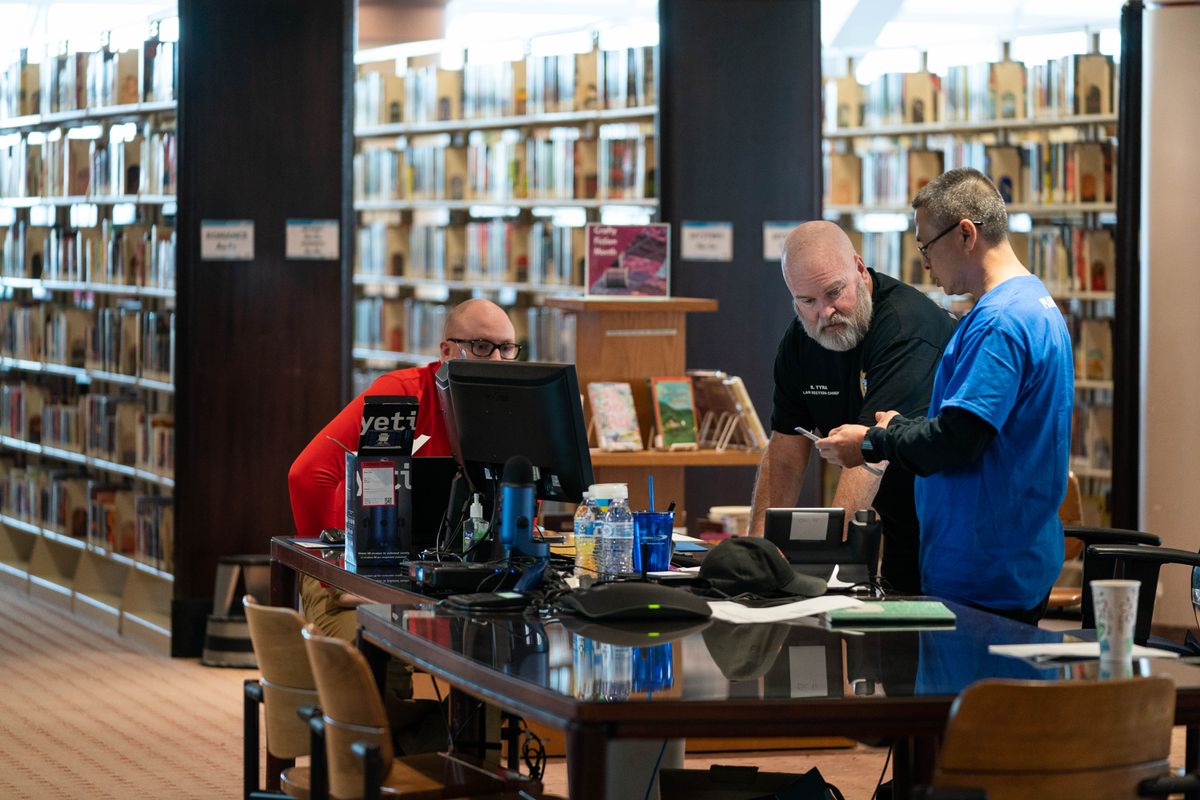 As the Municipality of Anchorage mounts a growing response to the coronavirus pandemic, it quickly found itself outgrowing its emergency operations center (EOC), a decades-old building on the edge of downtown.

“We’ve moved here in order to allow for proper social distancing,” said public information officer Chelsea Ward-Waller, adding that they are trying to maintain all the same protocols that they are sharing with the community.

The move began Monday and was finished the next day. By Wednesday most staff reported to work at the new EOC, set up on the third floor of the Loussac Library.

Each group within the incident command system has its own corner of the library. Employees of the municipal health department are set up between the romance and mystery stacks, for example.

A large area in the center of the floor was cleared of tables to allow for in-person daily briefings while still allowing participants to maintain the 6-foot distancing recommendation.

Ward-Waller said that the library was chosen because it was a large municipal building that wasn’t currently being used, and the existing municipal information technology infrastructure made the transition relatively easy. On March 13, Mayor Ethan Berkowitz ordered that all libraries and civic, cultural and recreational facilities close to the public until March 31.

“I think it was about as smooth as it could have been,” she said, “moving a giant emergency operations center in the middle of a response.”

“We’re doing the best we can to keep ourselves healthy, in order to keep the city going,” she said.