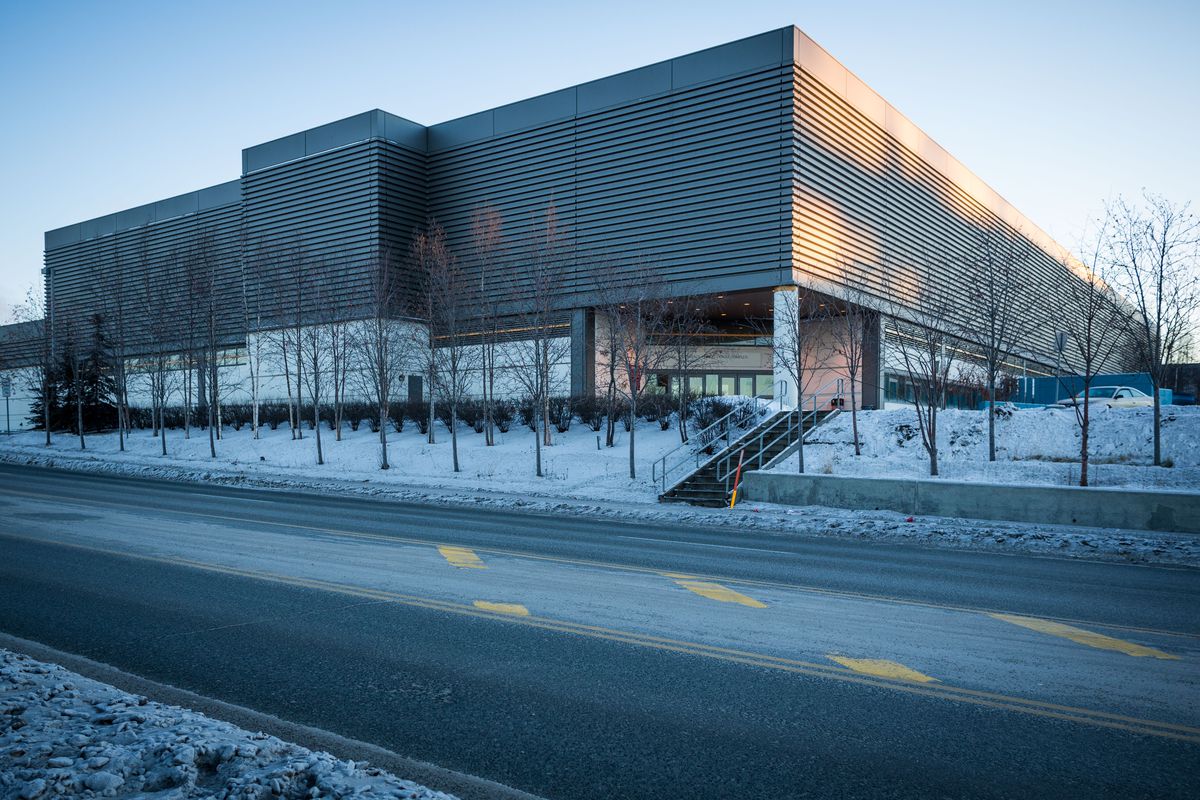 An inmate at the bustling Anchorage jail complex has tested positive for COVID-19, the Alaska Department of Corrections said Tuesday.

The inmate underwent a coronavirus test as part of a routine screening for an unrelated medical procedure, said corrections department spokeswoman Sarah Gallagher. The department learned of the positive result Tuesday morning.

Prison officials have not released the inmate’s name. Gallagher said the person had been housed at the Anchorage Correctional Complex since 2015 — an unusual length of time for an inmate to be at a facility mostly meant for shorter periods of pretrial detention.

Officials declined to say which housing unit the inmate was living in, if the person had been hospitalized, or how many others are believed to have been exposed.

“DOC is working with the State Section of Epidemiology and public health officials to begin the contact investigation,” Gallagher said.

All 843 inmates at the Anchorage jail complex were on “limited movement” restrictions on Tuesday and “will remain that way until the contact investigation is completed,” she said.

In Alaska, the case announced Tuesday is only the second inmate coronavirus case confirmed by state officials. One other inmate, at Goose Creek Correctional Center in the Matanuska-Susitna Borough, tested positive in April.

The coronavirus continues to burn through jails and prisons around the country, killing inmates and workers. By mid-May, at least 25,000 people in prisons had tested positive for the virus, an increase of 25% over the previous week, according to data compiled by the Marshall Project, a nonprofit newsroom covering the criminal justice system.

At least 373 inmates have died, and 28 deaths among prison workers have been reported.

In Alaska, no inmates or workers have died from the coronavirus.

Alaska’s Lemon Creek Correctional Center in Juneau has seen a cluster of 16 coronavirus cases that now account for about half of the city’s 30 confirmed COVID-19 cases.

An employee likely contracted the virus in the community and then it spread among officers who brought it home, state officials said during a Juneau Assembly meeting Monday night.

The first case within the prison was diagnosed in a staffer on April 9, according to Dr. Anne Zink, Alaska’s chief medical officer and a participant in Monday’s meeting. Ten additional cases followed within the prison, including one employee who needed to be hospitalized.

As of Tuesday, there were no reports of positive cases among Lemon Creek inmates. The prison has tested 165 inmates, with results for 139 still pending and the rest negative, Zink said.

She described the Lemon Creek outbreak as one involving community members who happen to work at the prison, rather than an outbreak within the prison itself.

“We are concerned about people in the facility because they can’t leave,” Zink said.

The prison employs just over 80 staffers and housed 217 inmates as of last month.

Transfers between housing units are kept to a minimum, assistant superintendent Daryl Webster said. Inmates made more than 5,700 masks and have to wear them crossing public areas.

“Our facility smells like a hospital because to the best of our ability we try to clean it like one,” Webster said.

The Lemon Creek outbreak probably isn’t over yet, according to Department of Corrections chief medical officer Dr. Robert Lawrence. The cycle of testing, quarantine or isolation, and retesting can take weeks or even months.

“Right now we are in the middle of one of those cycles,” Lawrence said.

What the cycle will look like at the Anchorage jail complex remains to be seen.

The fact that the infected inmate was a long-term resident of the facility raised immediate questions about the extent of the virus’s spread through the facility.

The Anchorage jail is the second largest, behind Goose Creek, by inmate population. And it’s likely the busiest by measure of people who enter and exit the building each day. On average during the pandemic, the jail sees 41 remands and releases daily, according to DOC.

Unlike Goose Creek or other prisons with a stable population of sentenced inmates, the Anchorage jail serves as an entry point into the correctional system, making a virus that much harder to control and isolate, McGrady said.

As of Tuesday, inmates are being screened with health questions and temperature checks at booking but are not being tested for the coronavirus, according to Gallagher.

‘My decisions shouldn’t be a death sentence’

The Department of Corrections has taken extensive measures to lock down its facilities to the usual flow of visitors, volunteers and attorneys. All in-person visits, including by lawyers, have been canceled since mid-March.

The Department of Corrections had tested 441 inmates as of Tuesday, according to an online tracking system. Testing results are coming back within two to three days, according to Gallagher.

That represents roughly 10% of the total inmate population, which at the end of April was 4,150, according to the most recent data available. Alaska’s jails and prisons aren’t as packed as they were in mid-March, when coronavirus lockdowns began: On March 16, some 4,791 people were imprisoned. The system itself reaches maximum capacity at about 4,800 inmates at any given time.

The majority of inmates at the Anchorage jail are pretrial detainees, meaning they are presumed innocent but awaiting a trial. McGrady said her incarcerated clients are living in fear.

“I’ve heard from my clients that ‘I haven’t always made the right decision, but my decisions shouldn’t be a death sentence,’” she said.