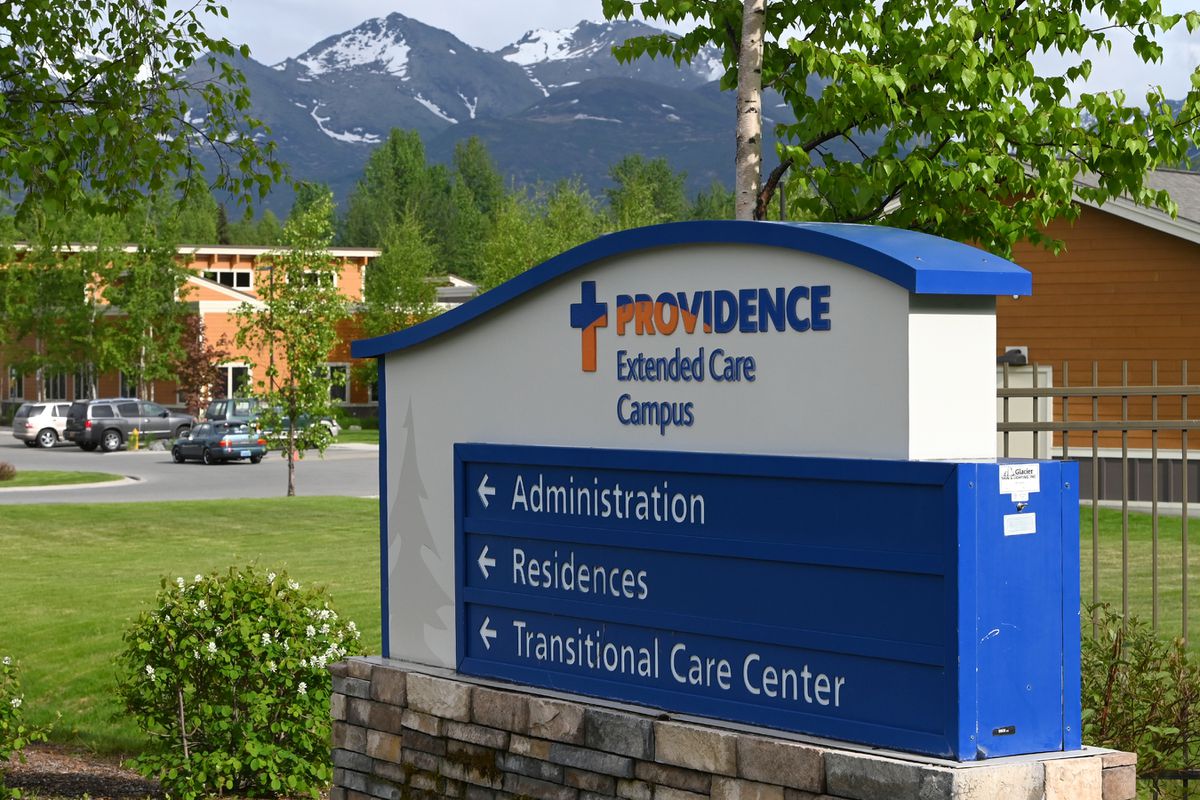 For 2 1/2 months, an Anchorage care center that specializes in people just released from the hospital dodged the coronavirus bullet.

Late last month, COVID-19 arrived at the Providence Transitional Care Center with a vengeance. Now one resident has died, more than 40 other residents and caregivers are infected and several residents are hospitalized.

Another resident is expected to die with the virus, Providence officials said Wednesday. Both the fatality and the critically ill resident were described as being in fragile health to the point their families didn’t want extensive life-saving efforts made.

The only thing the facility could have done differently is weekly testing to check for the virus before it took hold, Bernstein said. Providence didn’t have the COVID-19 testing capacity to do that, and even this week the two types of equipment that conduct rapid tests had manufacturing problems.

The 49-bed facility provides rehabilitation and other longer-term care to people just released from the hospital.

It’s now home to the largest COVID-19 outbreak in Alaska as the state enters unfortunate common ground with the Lower 48, where long-term care facilities that often house medically compromised people in close quarters account for at least a third of novel coronavirus deaths.

State data on Wednesday showed a sudden spike in the number of people hospitalized in Alaska who were either confirmed to have COVID-19 or suspected of having the virus. It also showed that active cases here hit the highest daily levels at 190 since the pandemic first surfaced here in March.

The Providence outbreak is part of the balance between opening up Alaska’s economy and safeguarding people from this highly infectious disease, Bernstein said.

“We knew we would see more cases when we opened up,” he said, adding that the state still has enough health care capacity to take care of the very ill. “We’re living in that balance and it’s hard to titrate. We really, really want to keep the virus out of these long-term care facilities.”

The center barred visitors in March and stopped admitting people after the first case was confirmed in late May, Bernstein said. More stringent screening measures were in place there than in other Providence facilities.

It’s impossible to pinpoint just how the virus entered the center, Bernstein said — either through an employee or a newly admitted resident.

The first confirmed case came on May 29 in a patient who experienced cough and fever, hospital officials say. Hundreds of tests were administered within the next few day including on more than 300 employees. More rounds of tests have followed.

Additional tests are planned for 350 to 375 people who originally tested negative, Bernstein said.

As of Wednesday, 17 Providence Transitional Care Center residents and 26 caregivers had confirmed cases of the virus, along with one worker at adjacent Providence Extended Care, where it’s hoped eight separate cottages will help isolate residents from the disease.

Providence moved patients into one L-shaped wing at the transitional center and has isolated COVID-positive people in one part of it, Bernstein said. Residents are no longer receiving specialized services like physical therapy, though they’re still getting medical care and nursing.

The facility as of Wednesday had moved seven transitional care residents to Providence-owned St. Elias Specialty Hospital to ease staffing challenges and try to start providing rehabilitation and other services, officials have said.

St. Elias is a 60-bed hospital that treats patients with complicated medical conditions — the kind of patients considered vulnerable to COVID-19 infections — that call for longer stays.

One of those people tested negative but has since had “conflicting” test results and is being tested again, Bernstein said.

That person was moved back to the transitional center to avoid exposure to the virus within St. Elias even though it’s not clear whether they actually have the virus, he said. “None of these things are done without a lot of thought. They’re really a byproduct of a pandemic the likes of which we haven’t seen for 100 years."