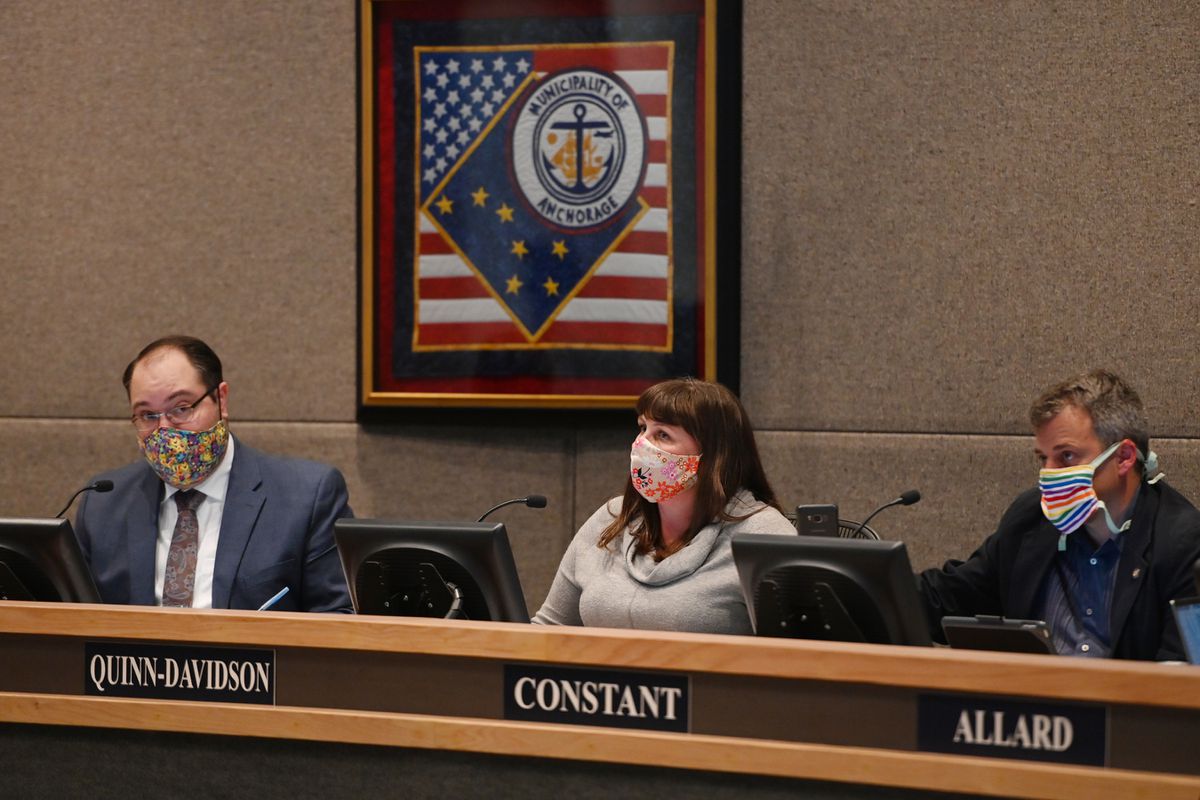 The Anchorage Assembly on Tuesday night unanimously approved a four-pronged, $21.5 million package to help the local economy recover from blows dealt by the COVID-19 pandemic.

The package replenishes city programs that provided grants to small businesses as well as rental and mortgage assistance. It will also fund two new programs, one offering child care subsidies and another creating employment opportunities with the city. The money will come from federal CARES Act funding.

The package was proposed by Anchorage Mayor Ethan Berkowitz and co-sponsored by several Assembly members.

The small business and housing payment programs each received an initial $1 million in “pilot” versions. In the first two days of accepting applications, 300 people applied for rent or mortgage assistance. The funding package passed Tuesday puts an additional $2 million into that fund.

The small business grant program received 700 applicants, but there were only enough funds to give out 120 grants. The new package adds $5 million to the program.

Also included is $10 million to subsidize child care as more parents return to work after the city and state lifted business closures. The Anchorage Health Department is still figuring out how the program would be operated, but the goal is to give money to child care providers to pay for low-income clients that are struggling to pay for child care.

Also part of the package is $3 million to fund jobs on municipal land. Anchorage Economic and Community Development Director Chris Schutte said the bulk of the money would fund wildfire mitigation efforts in the city’s wooded areas, such as clearing dead trees along the trail system.

The city’s parks and recreation department manages 11,000 acres of park land. Spruce beetle damage has affected 15% of it, Schutte said, and the city has identified 13 park lands it plans to work on through the program.

Some money will also be appropriated for hiking and biking trails. Those projects will be done in partnership with Alaska Trails and Singletrack Advocates.

Schutte said the program will employ people who are out of work to stimulate the economy. Since the work is manual labor, he said, it should be accessible to a wide swath of the public looking for work.

The end result will be an asset the city keeps, in the form of safer forested spaces and trails Schutte said. He said the city hopes this will be the first phase of a multiple-phase public lands jobs program.

An amendment approved by the Assembly on Tuesday night will have the programs run out of local union halls. That provides a location for people to sign up for work and get training, Assemblyman Chris Constant said. The workers will become union for their employment through the program, he said, but they don’t have to already be a union member to be eligible for work.

Finally, the Assembly added $1.5 million to the package to be put in a fund for the Berkowitz administration to use for quickly arising issues related to the COVID-19 pandemic.

Under the emergency powers the Assembly has given the mayor, he already has the authority to move around money without their approval. However, he has agreed to only use money related to the pandemic that the body appropriates. The $1.5 million fund is intended to allow him to move quickly if the need arises without having to go to the Assembly.