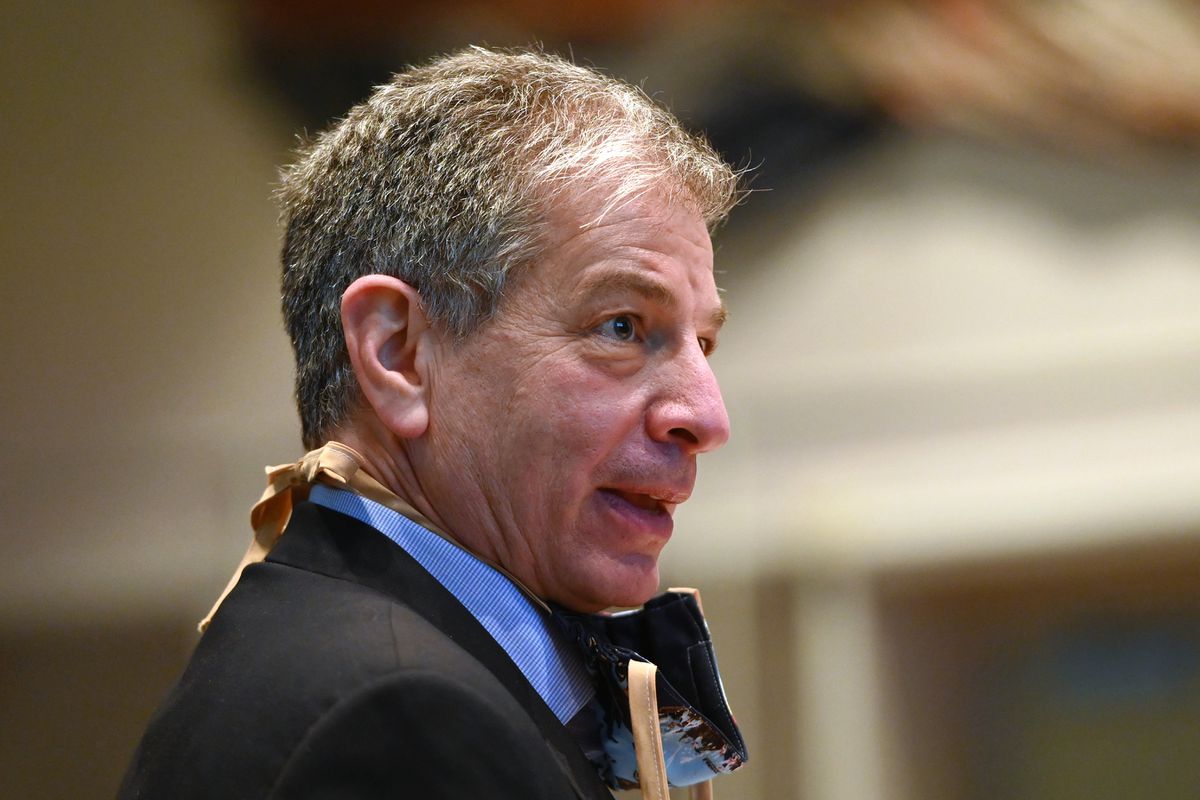 “I apologize to the people of Anchorage for a major lapse in judgment I made several years ago when I had a consensual, inappropriate messaging relationship with reporter Maria Athens,” Berkowitz wrote in a statement Monday. “I’m embarrassed and ashamed for the hurt I’ve caused my family and our community. I take responsibility for my actions.”

Athens, an anchor/reporter for stations KTBY and KYUR, had posted unsubstantiated allegations against Berkowitz on social media Friday that included a purported nude photo of the mayor. The video, the photo and accounts of them were shared and commented on thousands of times.

Athens was arrested for assault and disorderly conduct later that day after a physical fight at the TV station on East Tudor Road. In a phone interview Monday, Athens disputed elements of the police department and prosecutors' version of events.

Berkowitz, who is married, did not initially respond to questions about why he didn’t acknowledge his relationship with Athens on Friday, when the city sent out a statement calling her “hostile and unwell” or over the weekend as attention mounted and allies publicly defended him. At 9:40 p.m. Sunday, a spokeswoman for Berkowitz wrote: “The approximately 72 hours between the mayor’s statement on Friday and Monday afternoons is due to the time in which the Mayor needed to tell his family about the inappropriate messaging relationship with the reporter.”

Athens, 41, was the main anchor for the two stations, which operate jointly as Your Alaska Link. She had interviewed Berkowitz repeatedly in 2017 and 2018 for segments on topics such as “Take Your Dog to Work Day” and an Anchorage Police Department graduation.

On Friday just after noon, she posted a video for her more than 2,000 Facebook followers promoting what she said would be an “exclusive” story about the mayor. She presented an unsourced allegation about the mayor, accusing him of what would be an illegal act of posting an inappropriate photo on what she termed an “underage girl’s website.”

The video appeared to be filmed with a cell phone inside a news station control room by someone other than Athens. The post immediately began to spread across social media, with hundreds of comments — some questioning her lack of sourcing for the claims and others saying they believed them.

That afternoon, Berkowitz’s office issued a statement, that said: “The slanderous allegations from Your Alaska Link reporter Maria Athens are categorically false and appear to be the product of someone who is hostile and unwell. We spoke with Ms. Athens' employer, general manager Scott Centers, who emphatically disavowed his employee’s comments.”

Shortly after the mayor’s statement was issued, Athens twice posted a nude photo she said pictured the mayor, which also spread across social media as well.

Bill Fielder, the Atlanta-based owner of the TV station, said Monday that Athens had not asked permission before she made the social media posts, and had been asked to remove “any mention or affiliation with our stations.”

Late Friday afternoon, Athens got into a physical fight with her station manager boss, with whom she was in a romantic relationship, according to court documents.

A charging document in the case says Athens and station general manager Scott Centers fought in a car “about work,” with Athens punching Centers and hitting him with her cell phone. Athens said she grabbed Centers' arm because he was driving erratically during the argument but denies attacking Centers.

At her court appearance Saturday afternoon, Athens interjected repeatedly, despite admonitions from the judge and her attorney to keep quiet. She said she needed to get back to work Monday to anchor the news. The prosecutor told the judge she’d trespassed on the TV station property.

“I have pancreatitis!” she said at one point.

By Monday, the video and photos Athens posted about Berkowitz continued to spread across social media channels.

Her status at the station was unclear Monday. Centers, the general manager, has repeated declined to comment on the situation since Friday.

In his statement Monday, Berkowitz said, “It takes time to rebuild trust and I hope you afford me the opportunity to do so. During the remaining months of my term, I will continue working on the important issues we face. Please consider my family’s privacy during this difficult time.”

Berkowitz was elected Anchorage mayor in 2015 and reelected in 2018. He is barred by term limits from running again for mayor when his term ends next spring. In Monday’s statement, he indicated that he did not plan to resign.

Berkowitz did not respond to questions from the Daily News until his statement just after 4 p.m. acknowledging an “inappropriate” relationship.

Note: This story has been updated to include statements by Maria Athens and an additional statement from a Berkowitz spokeswoman.