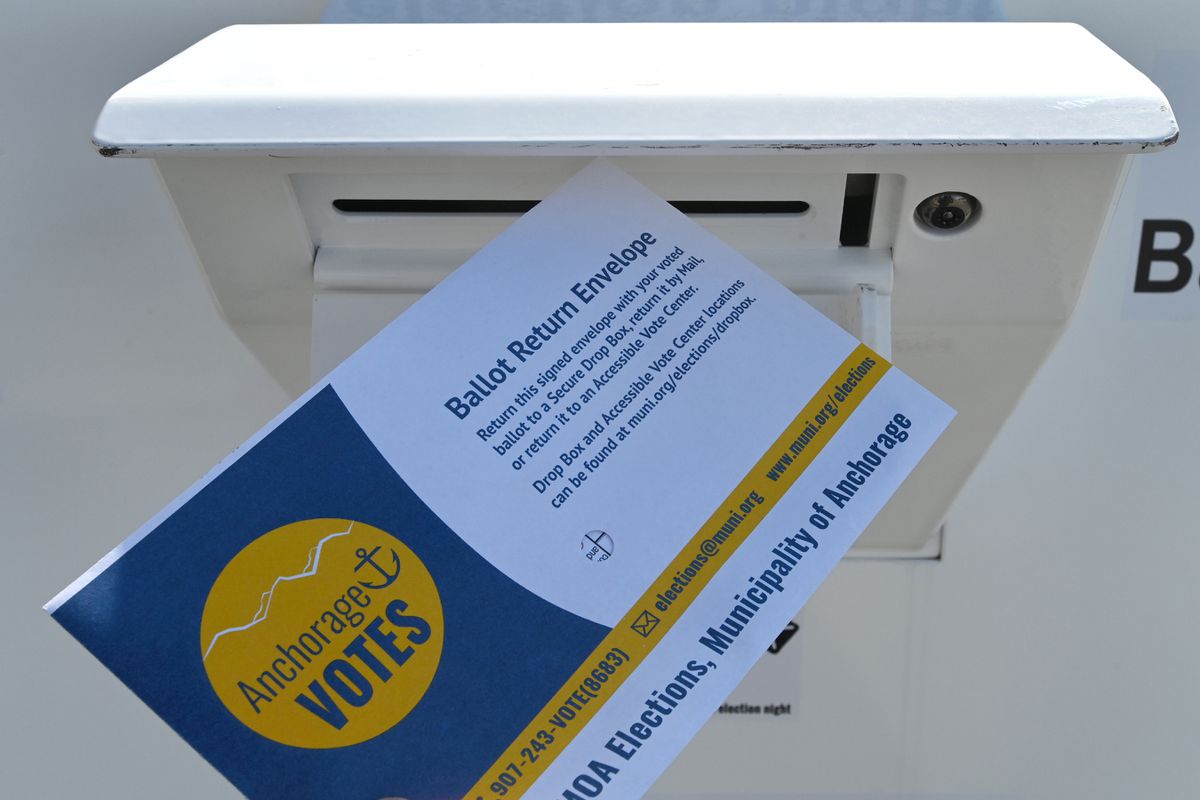 Anchorage voters this year will elect a new mayor and four school board members. There are also 11 propositions on this year’s ballot, including several bonds.

No Assembly seats are up for election in the April 6 vote. A recall vote for Anchorage Assembly Chair Felix Rivera is headed to the ballot for voters in District 4.

Here are the basic of the 2021 city election:

When does voting start? Ballots for the April 6 Anchorage municipal election will be mailed out starting on March 15.

How does mail in voting work? Ballots can be returned to one of the many secure drop boxes around the city or taken to an Anchorage Vote Center. Voters can also mail their ballots through the U.S. Postal Service, but ballots need to be postmarked by the April 6 election day.

Anchorage Vote Centers open March 29. There are three locations tentatively scheduled for the 2021 election — one at City Hall in downtown, another at the Loussac Library in Midtown, and one at the Eagle River Town Center.

When ballots are counted on April 6, will there be an immediate winner in the mayor’s race? To win the election outright, a candidate must get 45% of the votes plus one vote. If no candidate wins that many votes, the two candidates with the most votes advance to the runoff on May 11.

The results of the April 6 election will be certified at a special Assembly meeting on April 20.

When is the runoff? If a runoff is necessary, ballots are mailed starting May 3. The last day for voting is May 11. Results of a runoff election will be certified by the Assembly on May 25.

When does the new mayor take office? July 1.