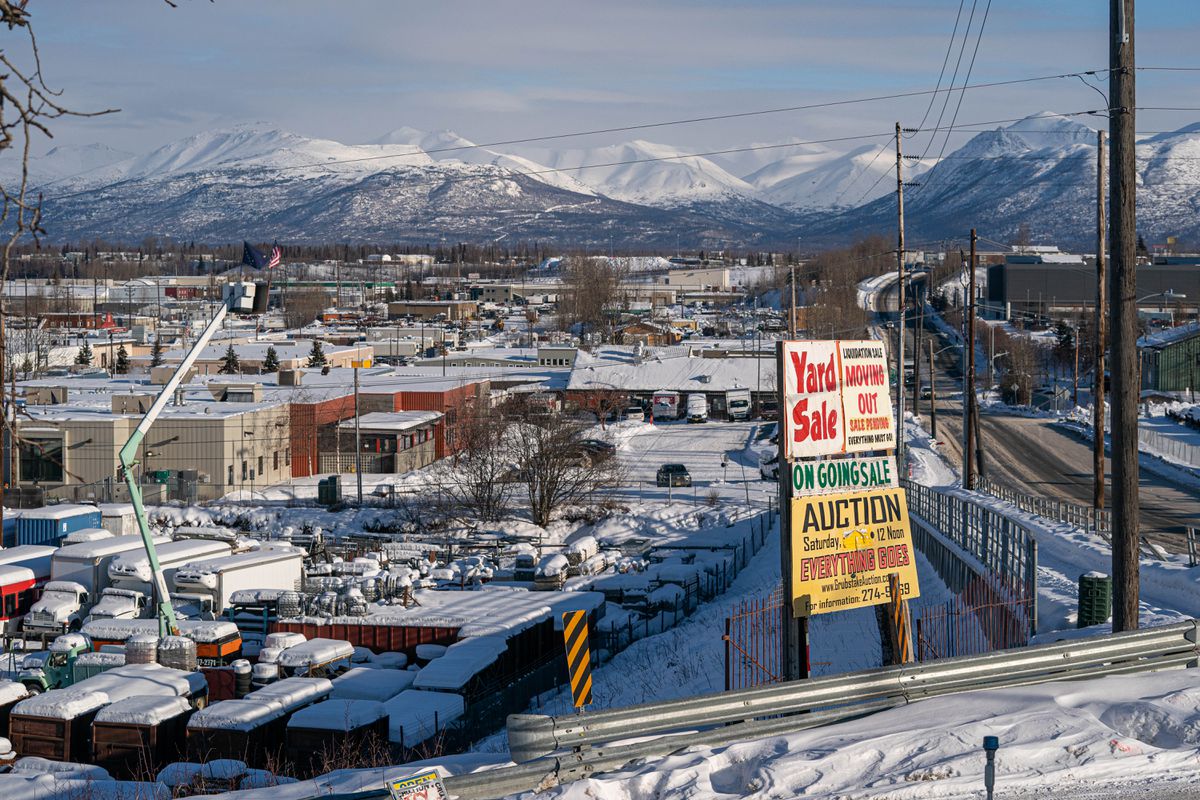 Weidner Apartment Homes and the Rasmuson Foundation will purchase properties adjacent to Brother Francis Shelter in order to build a new “resource hub” to serve homeless people, and to end a long, bitter property dispute with a Ship Creek landowner.

Weidner will buy parcels of land owned by Ron Alleva next to the Brother Francis Shelter on Third Avenue, as well as the building and property owned by Bean’s Cafe, the Weidner company said in a joint statement with the Rasmuson Foundation on Friday.

“The area available for serving homeless and vulnerable individuals will change substantially,” the statement said.

The purchase is a philanthropic endeavor and there is no plan for any commercial development on the Alleva properties, said Dick Mandsager, a physician and a senior fellow with the Rasmuson Foundation. The real estate purchases were still being finalized Friday, and the dollar amount of the acquisitions was not available.

“Suffice to say, several million” for all the properties, he said.

The money pledged by Weidner will pay for the purchase and renovation of the Bean’s Cafe building, which will become a “permanent day-time resource hub” where people can talk to case managers, get medical care and other kinds of help, said Mandsager.

The resource center will offer everything from laundry facilities to cellphone charging to case managers, Mandsager said. The whole approach will be more structured and less idle — something that operates more like Covenant House, the downtown service center for homeless youths.

There’s no plan to add any more shelter beds, he said. If anything, Brother Francis will operate with lower capacity than in the past, he said — part of a strategy of decentralizing homeless services.

“The sort of post-pandemic plan is to have housing, overnight services for 120ish folks on that site.”

Bean’s Cafe will move to a new location and will transition to a model of preparing and delivering meals rather than a soup kitchen hub that served at times as a de facto day shelter, according to the organizations.

The Rasmuson Foundation will pay to operate the new resource center. An operator has not yet been selected, Mandsager said. The project won’t use taxpayer funds, the organizations said. The sale will be finalized this spring, and renovations could start soon after.

The deal is part of a $40 million philanthropic pledge in which Weidner, Rasmuson Foundation, Providence Health & Services Alaska and Premera Blue Cross Blue Shield of Alaska all committed to spending millions on tackling homelessness in Anchorage.

There are no plans to develop the Alleva property. Mandsager said it will be fenced.

“One of the things it’s not going to be is a camping site,” Mandsager said.

The owner, Ron Alleva, has long been at odds with city government and social service agencies about what he has described as relentless trouble from clients of Brother Francis Shelter and Bean’s Cafe.

Buying the Alleva property will help “lower the temperature” in the area, Mandsager said.

“He was an unhappy operator,” he said. “It was creating a volatile situation.”

In 2019, Alleva was convicted and fined $35,000 for having employees spread pool cleaning chemicals on the ground in the Brother Francis Shelter and Bean’s Cafe area, an act he said was necessary to clean up what he called “biological hazards” left by users in the area.

On Friday, Alleva professed to not know that the real estate deal was being finalized but said he’d consider it done when he had money in hand.

He said he’d be happy to let go of his property in the area.

“My situation has never been good,” he said.

Rob Cupples, a neighbor and a member of the Third Avenue Radicals, a group of neighborhood activists concerned about clustering of social services in the area, said he gave credit to Rasmuson and Weidner for reaching out to neighbors before announcing the real estate deals.

But he said he remained skeptical about whether the new resource center and ownership of the Alleva properties would improve life in the neighborhood.

“There are aspects of their plan that seem like they could be positive for neighborhood,” he said. “But the devil is in the details.”