With a possible pilot shortage looming, some in Alaska are especially concerned 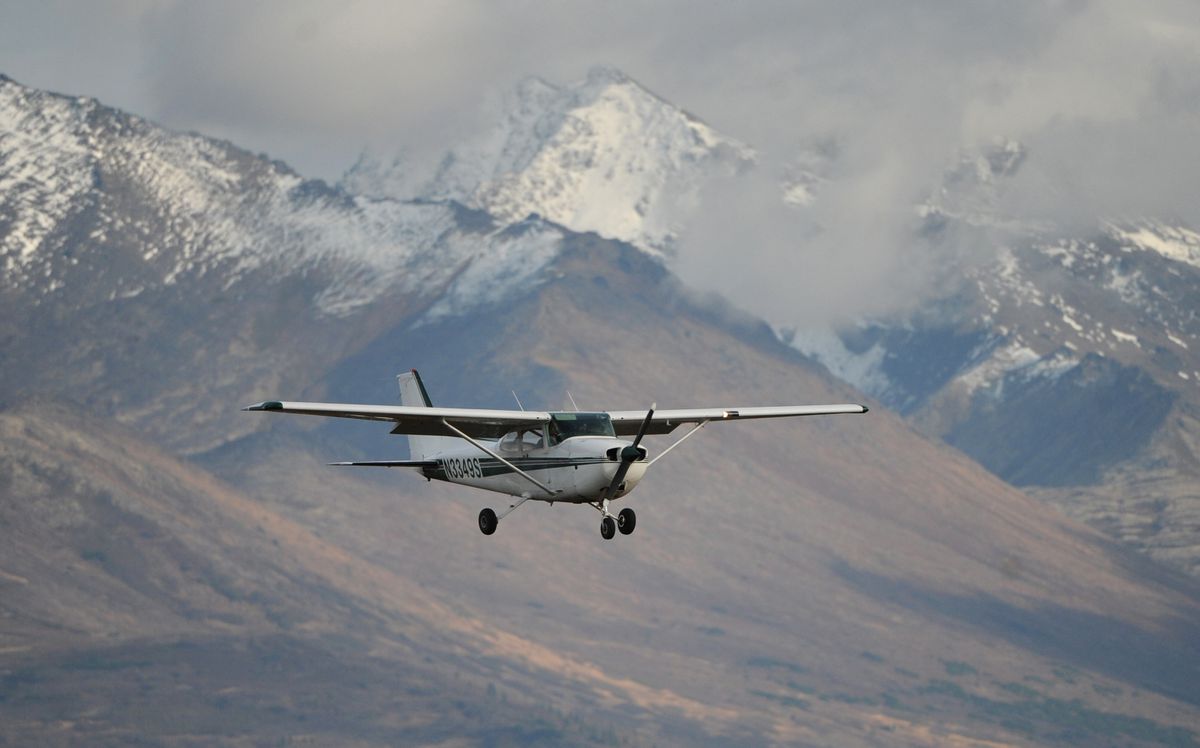 In a state where many people live off the road system and rely on aviation for everything from grocery deliveries to medical transportation, some in the aviation industry are concerned about how growing global demand for pilots will affect Alaska.

And others say a pilot shortage has already arrived.

"We're extremely concerned about pilot supply over the next one, two, three to five years," said Brad Lambert, vice president of flight operations at Horizon Air, speaking broadly of the airline's operations, and not just in Alaska. "We're just concerned there won't be enough young people entering the profession."

But in Alaska, where air travel is so crucial, the effects might be particularly acute.

"It's the lifeblood of Alaska, especially within rural Alaska," said Corey Hester, executive director of the Alaska Airmen Association.

The Alaska Department of Labor and Workforce Development estimates that employment and job openings for airline pilots, co-pilots and flight engineers will grow nearly 12 percent between 2014 and 2024. Openings are also "very high" for aircraft mechanics and aircraft service technicians in Alaska, according to data from the Labor Department.

Airlines and educational programs are trying to create new paths into such careers, or ramp up their recruiting efforts, and it's becoming harder to get people into the profession, even as longtime pilots and mechanics age out of the industry.

Matt Atkinson, president of the Alaska Air Carriers Association, said that group has been discussing the issue of a shortage of workers in the aviation industry for the past six to eight months, and specifically what the sector can do to increase the number of pilots and mechanics in Alaska.

"It's hard enough to get people who are experienced enough to fly, and retention is difficult," he said. "The experienced pilots with these commuter airlines are going to be sucked up rapidly (by big airlines who will have a shortage)."

Between now and 2035, "the aviation industry will need to supply more than two million new commercial airline pilots, maintenance technicians and cabin crew," according to a 2016 pilot and technician outlook report from airplane manufacturer Boeing. That's because airlines will take delivery of "tens of thousands of new commercial jetliners over the next 20 years" due to global economic expansion and busier flight schedules, the report said.

Atkinson and others say a combination of forces is at least partly to blame for the problem: Older pilots are retiring, and the Federal Aviation Administration recently upped its requirements for how many hours of experience co-pilots need in order to fly passenger and cargo airplanes.

Some in the industry, however, push back against the assertion of an industry-wide pilot shortage. Paul Ryder, resource coordinator for the Air Line Pilots Association union, said there isn't currently a lack of pilots in the U.S., but rather an issue with airlines offering competitive pay.

"What we are seeing is a pilot pay shortage," he said. "Carriers that aren't competitive, they have a hard time attracting that talent."

A 2015 study from research institute Rand Corp. found that there would "not be a civilian system-wide pilot shortage in the near-term, though the system will become strained."

"Low-paying airlines will continue to have difficulties finding qualified pilots," the study continued. "All operators will experience fewer applicants for the available positions, potentially resulting in less qualified pilots system-wide."

A report from the Government Accountability Office in 2014 found that the data were mixed regarding the extent of a pilot shortage. That report cited labor market data from 2000 through 2012, which showed the unemployment rate for pilots "has been much lower than for the economy as a whole, which is consistent with a shortage."

"On the other hand," it continued, "wage earnings and employment were not consistent with the existence of a shortage, as data for both indicators showed decreases" during that 12-year period.

Ralph Gibbs, director of the University of Alaska Anchorage's aviation technology division, is on the optimistic side when it comes to people who want to become pilots in Alaska.

"Now is a really good time for any Alaskan who wants to get into that industry as a profession," he said.

The Alaska Air Carriers Association is hoping to get more people into the industry with a new apprenticeship program that would allow students to earn a wage during training. The association recently landed a grant from the state's Labor Department to develop and launch that program.

Lambert said that at Horizon, part of Alaska Air Group, there is still demand from young pilots to be based in Anchorage. Horizon has even developed a set of short-, medium- and long-term strategies to help curb the impact of a worker shortage. Those involve improving pilot pay, developing agreements with flight schools and teaming up with universities to recruit more people into the industry.

Companies both large and small are adapting their strategies to recruit and retain talent.

Daniel Knesek is the director of operations at Yute Air, which serves the Yukon-Kuskokwim Delta region in Western Alaska with a fleet of Cessnas. He said a pilot shortage isn't something happening in the future; it's already here. Last year, he said, Yute was "losing so many pilots to regional airlines" that it had to increase the number of new-hire classes it held throughout the year.

"It makes it difficult to have enough pilots for the fleet," he said.

Knesek also can't afford to be as selective as he used to be in hiring, and more candidates are coming from Outside. In the five years he has been in his position, he said that the number of resumes he receives from pilots who are already located in Alaska has "died off completely."

Some smaller companies like Yute are struggling as their pilots leave for positions at regional or national airlines as jobs are opening up. That's in part because bigger airlines can offer thousands of dollars in signing bonuses, Knesek said.

As large airlines like Alaska, American and United start to grapple with older pilots retiring out of the workforce, those companies are looking to regional airlines to fill their ranks. In turn, those regional carriers recruit from smaller companies, including Land and Sea Aviation, a flight school that operates at Merrill Field.

Brandon Avola, manager at Land and Sea Aviation, said the flight school gets pilots who want to train for a hobby or who are looking to build up their hours to work professionally.

"With people scooping up pilots quickly, it's harder (to keep instructors)," he said. "As these guys retire from the major airlines, everybody is moving up. And then people at the air taxis and sightseeing places, they're all going into the regional airlines."

Training to become a commercial pilot also costs thousands of dollars, and people in the industry say that in recent years it has only become more expensive.

"What does concern us is, the pilot population is declining, the demographic is getting older, it's hard to compete with other recreational activities, there's a lot more regulations, and it's more expensive to get into," said Adam White, who runs government and legislative affairs for the Alaska Airmen Association. "There are a lot of different aspects of this problem."